Chelsea left-back Marcos Alonso is closing on his move to Barcelona following the £62million signing of Marc Cucurella from Brighton.

Alonso is understood to have said farewells to staff at Chelsea’s Cobham training ground as he looks to seal his transfer this weekend.

He has won five major trophies in six years with the Blues and played over 200 games for the club. 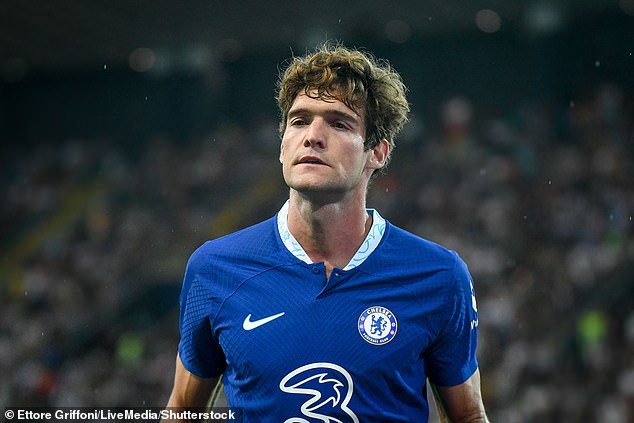 The 31-year-old agreed personal terms months ago and has a two year deal lined up.

However, Barcelona were warned by La Liga on Friday that they will not be allowed to register any of their new signings unless further cuts are made.

They are understood to be still £126m short of the desired figure to meet financial guidelines so must still lower player salaries, and offload the likes of Frenkie de Jong with Chelsea and Manchester United chasing the midfielder.

If the move does go through, Alonso will join the likes of Luis Figo, Michael Laudrup and Ronaldo Nazario in playing for both Real Madrid and Barcelona.

He played one game for Los Blancos in 2010 after spending ten years in the youth setup and with Real Madrid Castilla.

The fullback could be a key signing for Barca after their move for another Chelsea defender, Cesar Azpilicueta, fell through.