It was a day of broken records at the Emirates. The biggest ever attendance for a Women’s Super League match. An eighth clean sheet in a row for Arsenal, the first time it has been achieved in WSL history, and yet another victory over Tottenham. Oh, and Beth Mead scored again.

This north London derby more than lived up to the hype. Arsenal had vowed to put on a show for their fans and they did not disappoint with goals from Mead, Rafaelle and a brace from Vivianne Miedema sealing a 4-0 win.

Arsenal sold 53,757 for this game. Had all of those ticket holders shown up, the club would have broken the record for the highest ever attendance for a domestic game in the UK. As it was, 47,367 was the official crowd. 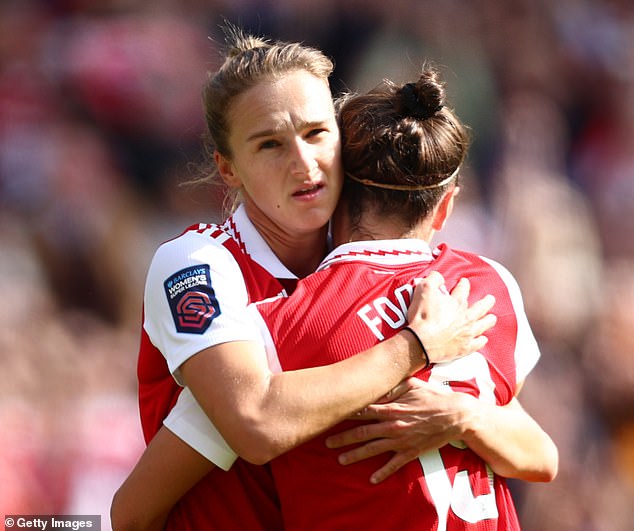 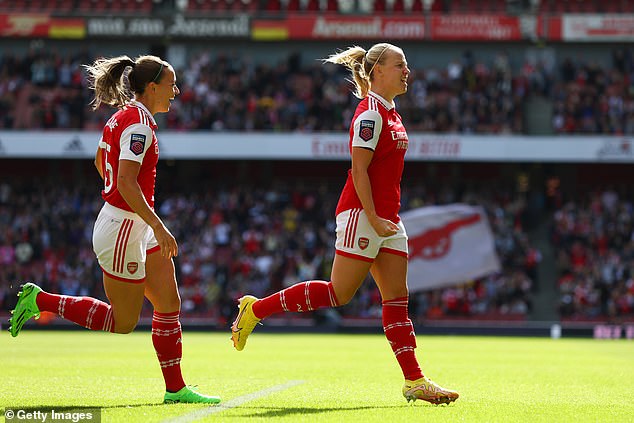 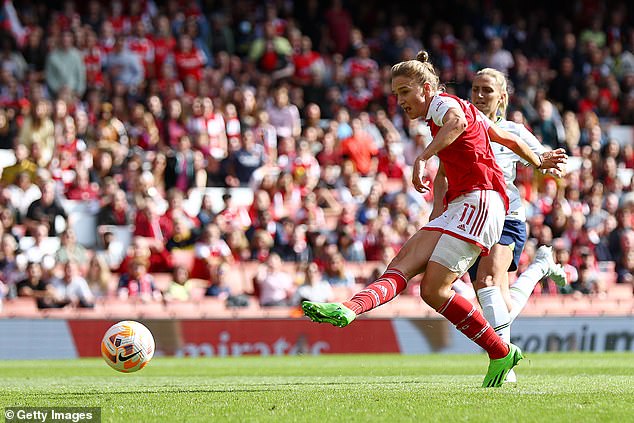 A fine effort from the club, but not quite enough to match the record set by Dick Kerr Ladies in 1920. Their charity game against St Helen’s attracted a crowd of 53,000 to Goodison Park, with another 14,000 locked outside.

It was enough to convince the FA that the popularity of the women’s game was a significant threat to men’s football, which led to a 50-year ban. It has taken the women’s game nearly 50 years to recover – and it is still doing so. But days like today, after a record-breaking women’s Euros, is proof that women’s football is only going to get stronger. 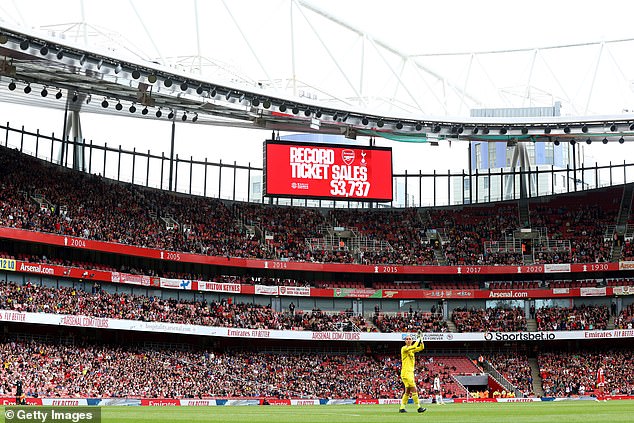 53,737 tickets were sold with a record WSL crowd of 47,367 fans in attendance at Emirates Stadium 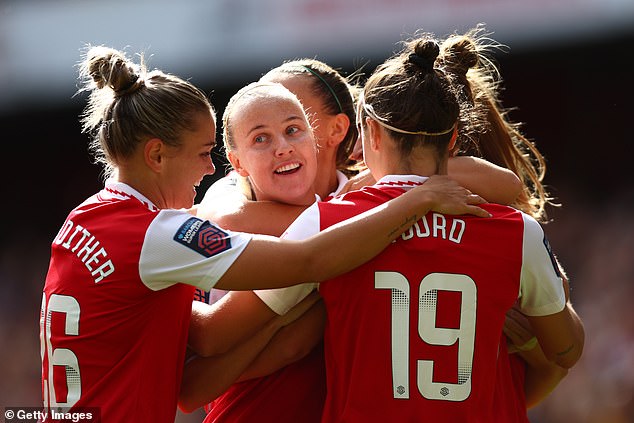 But what this game also showed is that there is still a gap between the best and the rest of the WSL. Tottenham have made notable progress since Rehanne Skinner took charge in November 2020, but they were second best here. Spurs’ tactic was to disrupt Arsenal’s free-flowing football with lots of niggly fouls in the opposition’s half. But they simply could not deal with the pace and movement of the Gunners front three and their resistance lasted just five minutes.

They had already been given a warning when Mead saw an effort deflected wide, but they did not take heed. Mead got in again and after her initial shot was blocked, the winger curled a sweet strike into the top right corner.

Spurs did improve after a shaky start and, despite having little of the ball, had managed to limit Arsenal to just one shot on target. That was until they decided to self-destruct in the 44th minute. Goalkeeper Becky Spencer sold Evelina Summanen short with a pass from the back, allowing Caitlin Foord to rob her of the ball and tee up Miedema, who placed a finish into bottom left corner.

Tottenham’s chances of a comeback looked slim and 10 minutes after half-time they became virtually impossible. Mead floated in a corner from the right and Rafaelle rose highest to power a bullet header into the top corner. That was effectively game over, but Arsenal were not done yet. Mead played a short corner to Steph Catley, who whipped an inviting cross into the box and Miedema got in between Ashleigh Neville and Spencer to nod the ball into the net.

This was the first of six games Jonas Eidevall’s side will play at the Emirates this season, with fixtures against Manchester United and Chelsea already on sale. The other matches are likely to be in the Champions League, should Arsenal qualify for the group stage next week. The task is to ensure this was not a one off and that the fans who attended today can be enticed back. After a performance like that, why wouldn’t they be? 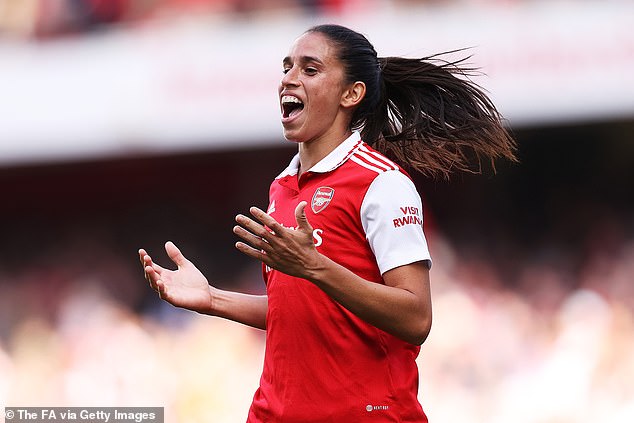 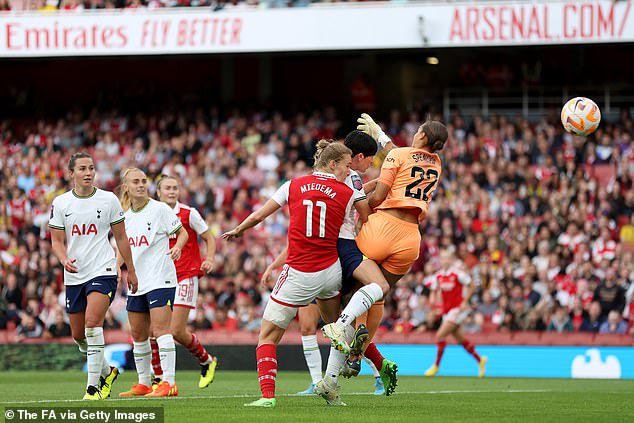