Arsenal will need a quartet of players to step up in the coming weeks after missing out on the signing of Douglas Luiz on transfer deadline day. The Gunners saw three bids turned down by Aston Villa and were unable to seal a late deal for the Brazilian.

Arsenal’s need for a midfielder was added to following injuries to Thomas Partey and Mohamed Elneny. Partey is hoping to be back in a couple of weeks but Elneny is set for a longer spell on the sidelines.

Manager Mikel Arteta confirmed on Friday the Egyptian will be out for several months, meaning he is not set to return until after the World Cup. As most teams do, Arsenal have a busy fixture schedule in the coming weeks.

But the addition of Europa League football is set to stretch the squad to its limit. After failing to land Luiz, Express Sport picks out four players who Arteta needs to step up. 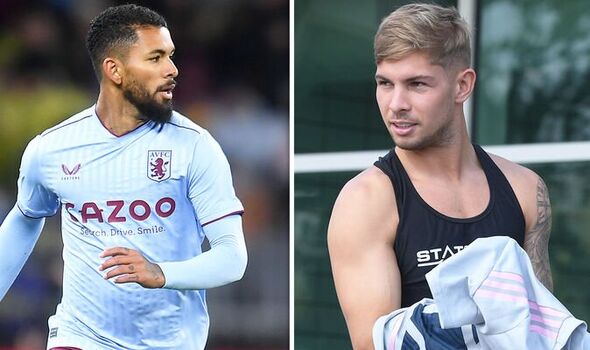 Lokonga was the direct replacement for Elneny on Wednesday for the visit of Aston Villa. The Belgian fell out of favour last term and his frustration at his lack of minutes was clear on the Arsenal: All or Nothing docuseries.

But now he is set for a spell in the side as long as he stays fit. He put in a strong display against Villa but there are tougher tests to come, starting with today’s trip to Old Trafford to play Manchester United.

Summer signing Vieira is still yet to play a single minute for the club. He can play across the front three but also in midfield.

He wouldn’t play in a deeper-lying role but would allow someone like Granit Xhaka to move back there if needed. Vieira can play as a No 8 and will likely be a regular in the Europa League. 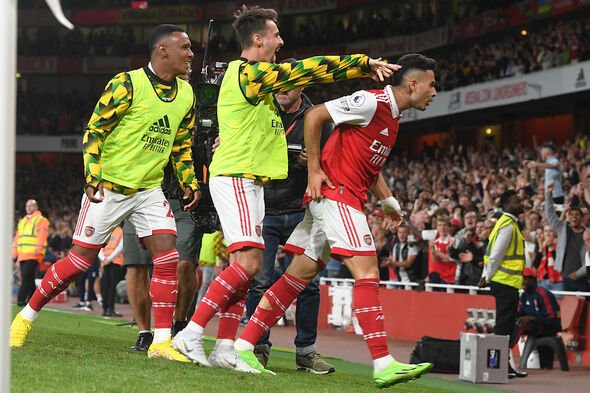 Like Vieira, Smith Rowe wouldn’t play in a deeper role. But, as he has done as a substitute of late, he can slot into the two more advanced midfielders.

Doubts over Martin Odegaard’s fitness could also hand Smith Rowe an opportunity. Odegaard limped off late on against Villa.

Young Brazilian Marquinhos is not a midfielder and therefore not a replacement for Elneny or Partey. However, with the likes of Vieira and Smith Rowe having to play deeper, Marquinhos could be given a chance in attack, especially in Europe.

Bukayo Saka and Gabriel Martinelli will not be able to play every game. Marquinhos has scored three goals in three games for the under-21 side and has been on the bench for the first team in the last two matches.