Arsenal boss Mikel Arteta could potentially hand Emile Smith Rowe a first start of the season against Manchester United today. Kieran Tierney has dubbed the England star the best player in training in a clear nudge to his manager.

Smith Rowe had a fine first half to last season before injury and illness disrupted the remainder of his campaign. He lost his spot in the side to Gabriel Martinelli and is yet to start this term.

Arsenal have won their first five matches of the season and were top heading into this weekend’s action. Arteta will be reluctant to change a winning formula, especially when he has already been forced into alterations in midfield.

But Tierney’s comments about Smith Rowe clearly shows he is knocking on the door for a start. Smith Rowe mainly occupies from the left and Tierney admitted he loves playing behind him. 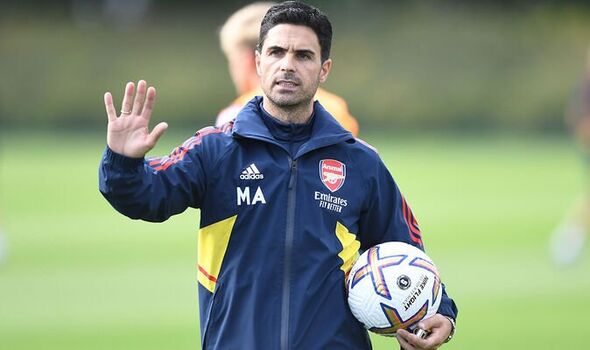 The Scot told Goal: “The best player in training would be Emile Smith Rowe. The fans can see how good he is but by training with him every day, you realise how special he is.

“He can take the ball under pressure, he can beat a man, he can score goals and he can get assists. So he’s a great player and I love playing with him.”

Smith Rowe was always highly rated when coming through the youth ranks at Arsenal. But it wasn’t until a loan spell at Huddersfield where he started to show his true potential. 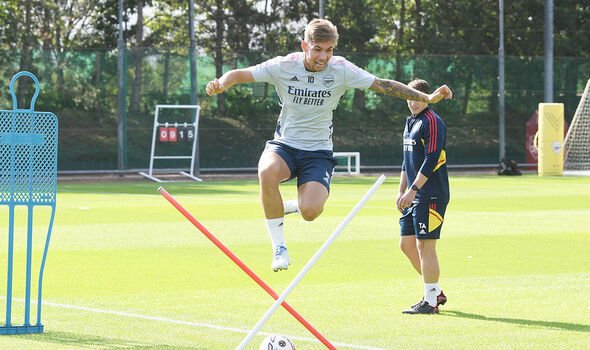 Speaking on the Gunners’ docuseries Arsenal: All or Nothing, Arteta explained his first impressions of Smith Rowe and what he hoped he would achieve from his time at Huddersfield. Arteta said: “Emile, very shy, he wouldn’t make eye contact with you. I would say a little bit uncomfortable and insecure.

“When we sent him on loan, I said I’m only going to ask you… I’m not going to watch your games. I only want to hear what people say, about you when you are there, and how they are going to describe you, not as a player, as a person.

“Because as a player I don’t have any doubts that you can play for us. But can you cope with being in that dressing room? Can you cope with the pressure outside? I don’t know, so you better go there and impose yourself, and he really did.”