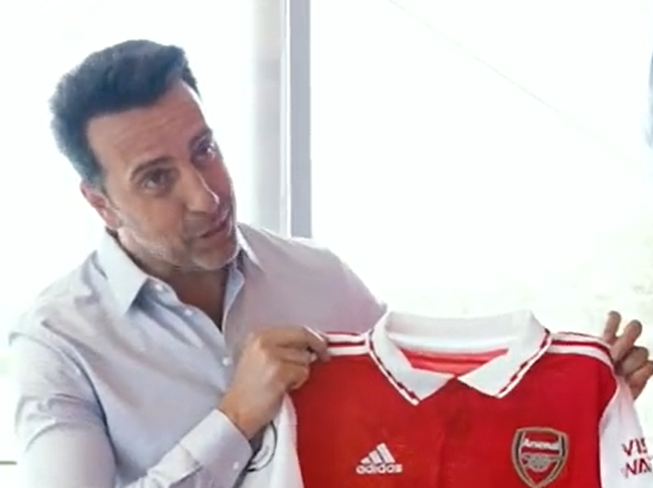 Arsenal are hopeful of accelerating their summer rebuild in the next week and are confident of signing two more players at a combined cost of £70million.

The Gunners appear to be unabashed and have moved on from the pain of missing out on Champions League qualification to their north London rivals Tottenham.

A deal to sign America international goalkeeper Matt Turner has long-been in place and the 27-year-old is set to join up with his new teammates later this month for pre-season training.

Arsenal, meanwhile, moved decisively this week to secure a deal for Portugal Under-21 star Fabio Vieira from Porto in a £34million deal and followed that by confirming they had resolved Eddie Nketiah’s long-term future.

The striker had appeared destined to leave on a free transfer this summer, but after an impressive end to the campaign, the Hale End academy graduate has completed a remarkable turnaround by penning a new contract.

Brazilian youngster Marquinhos has also arrived from Sao Paulo, but Arsenal are far from done there, according to the Daily Mail.

Arsenal’s already lengthy pursuit of Manchester City forward Gabriel Jesus is set to come to a swift conclusion imminently with the player desperate to join and reunite with Mikel Arteta.

Arsenal’s opening bid of around £30million fell well short of City’s valuation but all parties are confident a compromise can be agreed swiftly.

Arteta will then turn his attention to signing Ajax’s versatile defender Lisandro Martinez who had also been on the radar of Manchester United.

Arsenal have already had an opening £30m offer rejected, but will return with an improved bid and are again said to be confident of reaching an agreement, with the player keen to join.

Martinez, an Argentina international, is predominantly a left-sided centre-half but can also operate at full-back where Arsenal are seeking reliable cover for Kieran Tierney who is still recovering from a knee injury.