A hilarious video has emerged of an Arsenal fan in the home end at Stamford Bridge on Sunday.

Arsenal secured a 1-0 victory courtesy of a goal from Gabriel to return to the top of the Premier League.

The Gunners were backed by their vocal away support and one Arsenal fan was seen sitting amongst the Chelsea fans. 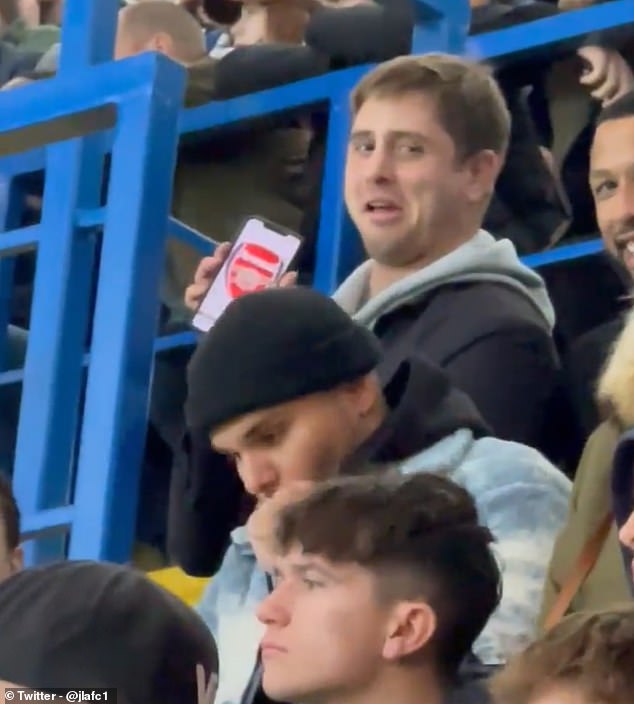 In a video posted on Twitter, the Chelsea fans can be seen looking dejected at their team’s performance. The fan shows the Arsenal badge on his phone and then winks and smiles at the camera.

It was certainly a memorable occasion for all of the Arsenal fans who were in attendance at Stamford Bridge. 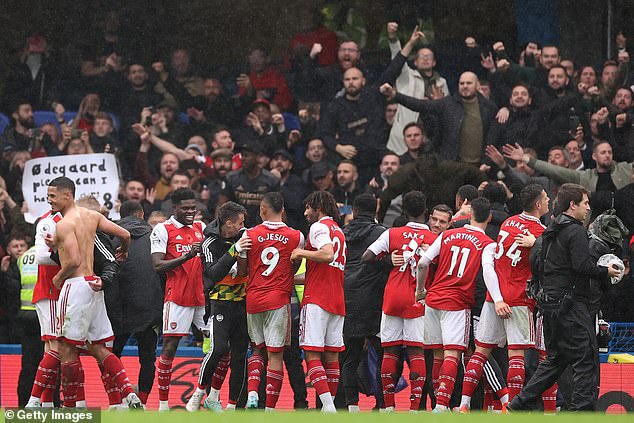 Mikel Arteta’s side were well organised and made matters very difficult for Chelsea.

Gabriel scored the only goal of the game in the 63rd minute as he latched onto a corner from Bukayo Saka.

Arsenal have won eleven games in the Premier League so far this season, while they have drawn won and lost one.

Next weekend Arsenal face Wolves away as they look to remain top of the table going into the break for the World Cup.