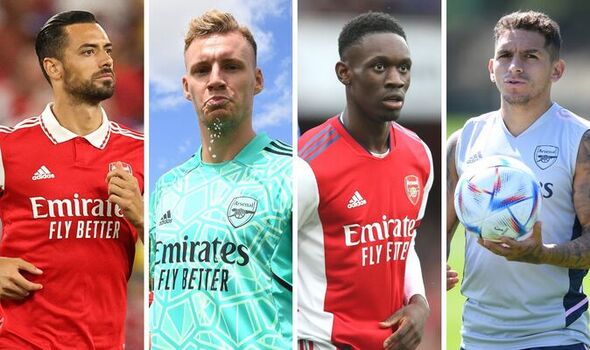 Pablo Mari is edging closer to the Arsenal exit door as the 28-year-old’s central defender’s representatives continue to negotiate a potential return to Italy. The Spaniard spent the second half of last season on loan at Udinese, who remain keen on signing the former Flamengo man despite the absence of an option to buy within the initial agreement negotiated during the winter.

However, Serie A new boys Monza are looking to move ahead of their fellow transfer rivals and Hellas Verona as they prepare to welcome Mari’s agents to Italy for face-to-face negotiations.

Mari has been told he is free to find a new club this summer having also been the subject of interest from Fenerbahce. His impending departure now looks a matter of when not if as Arsenal await further developments.

The Gunners are also braced to wave goodbye to goalkeeper Bernd Leno this week with the German international expected to undergo a medical with Fulham.

Arsenal have now shaken hands with the Cottagers on an £8m deal that will see Leno move across the capital to pursue regular football ahead of November’s World Cup in Qatar.

Edu and the Emirates Stadium hierarchy were forced to lower their asking price for the player after Fulham began to explore other possible targets including former player Sergio Rico and Barcelona shot-stopper Neto. 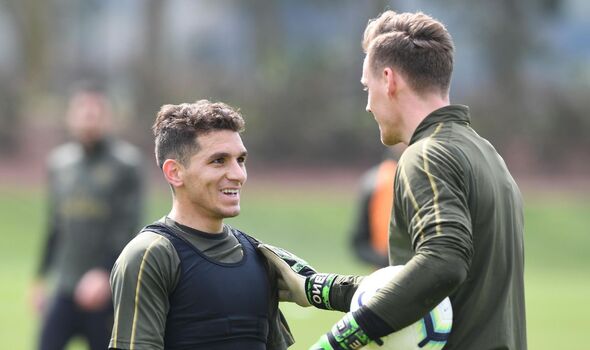 Folarin Balogun has also been in France putting the finishing touches on his loan move to Ligue 1 club Stade Rennes.

The highly-rated, young Arsenal forward signed a new long-term contract with the club in 2021 as he now prepares to embark on a new challenge across the Channel.

After spending the second half of last season on loan at Middlesbrough, Arsenal have decided that another loan move would be most beneficial for Balogun’s development.

Arsenal have opted against including an option to buy within the agreement though, as they still consider Balogun an important player for the future in north London.

The 21-year-old’s chances of playing regularly at Arsenal next season are limited following the arrival of £45m new boy Gabriel Jesus. Eddie Nketiah will provide additional support and competition for the Brazilian in attack.

Elsewhere, Lucas Torreira is finally closing in on his Arsenal exit as Galatasaray continue talks for the Uruguayan.

Fiorentina were not able to trigger their £12.5m option to buy the combative midfielder following last season’s impressive loan spell.

Instead, La Viola were keen to try and negotiate a cheaper price but the Gunners were reluctant to sign off a deal.

However, their efforts to ship Torreira off after allowing Gabriel Martinelli to claim his No 11 shirt have struggled to bear fruit.

Various clubs from Italy have shown interest while the player’s agent revealed the Uruguay international had an agreement in place with Valencia.

The La Liga outfit are still yet to make an offer for Torreira though as Turkish giants Galatasaray look to close a deal.

Torreira wants to play regularly ahead of the World Cup and Arteta has already made it clear to him that he is not currently part of his plans for the 2022/23 campaign.