Arsenal confident of signing Danilo in January in Martinelli repeat 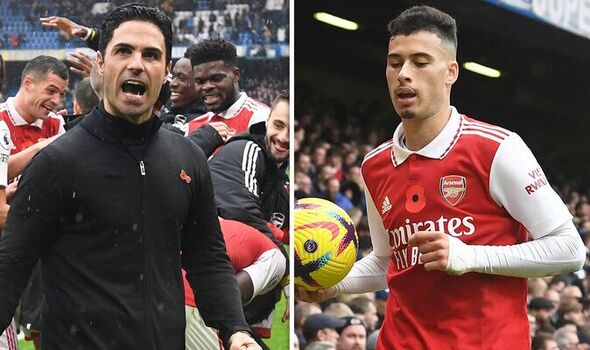 Arsenal are confident of signing Palmeiras midfielder Danilo in January, according to reports. The Gunners are claimed to be close to agreeing a deal for the 21-year-old.

Arsenal were interested in signing Danilo towards the end of the summer transfer window. However, Palmeiras were not willing to let him leave midway through their domestic season.

Palmeiras were confirmed as champions of the Brazilian Serie A last week and the season will end next Sunday. And that looks set to give Arsenal the chance to get a deal for Danilo over the line.

Brazilian outlet Bolavip claims a deal is getting close between the two clubs. The Premier League leaders believe the transfer is in a good position to be finalised in January.

If Danilo were to join Arsenal, it would almost be a repeat of the deal which saw Gabriel Martinelli join the club in 2019. Arsenal signed Martinelli as a teenager from Ituano for a fee of around £6million.

Danilo is more experienced having already played well in excess of 100 senior matches, so will cost considerably more than his compatriot. However, it once again would highlight technical director Edu’s expertise in the Brazilian market.

Bolavip also claims Palmeiras have already lined up a replacement for Danilo. They are keen on taking Udinese midfielder Walace back to Brazil and the player is keen on the move.

Palmeiras president Leila Pereira has given the green light to pursue Walace. That is good news for Arsenal in their quest to sign Danilo.

Midfield was an area Mikel Arteta wanted to strengthen in the summer. Along with Danilo, Arsenal were also interested in signing Aston Villa star Douglas Luiz.

However, Luiz has since signed an extension to his Villa contract, which was set to expire at the end of the season. Bolavip does not mention how much Arsenal are expected to pay for Danilo.

His contract at Palmeiras does not expire until the end of 2026. However, interest from the current Premier League leaders may be too good for him to turn down.

Arsenal are also interested in signing a winger in January. Orlando City’s Uruguay international Facundo Torres is the latest wide player to be linked with a move to the Emirates.