The 24-year-old German has long been admired by the North London side, and boss Mikel Arteta was keen to sign him in the January transfer window to add creativity, but Dortmund were unwilling to sell and the club brought in Odegaard instead.

And according to Bild, if Arsenal cannot afford the Norwegian playmaker, they could revive their interest in the £22million-rated attacking midfielder instead. 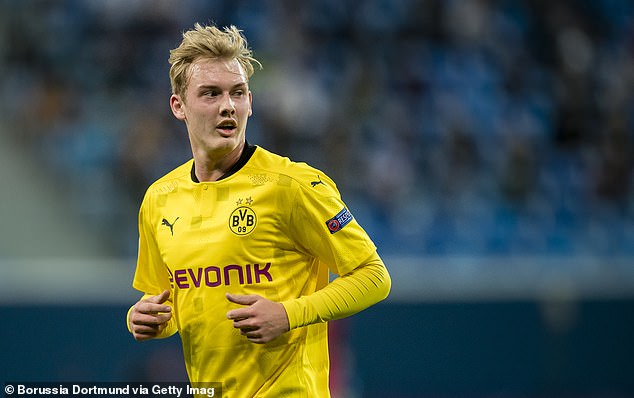 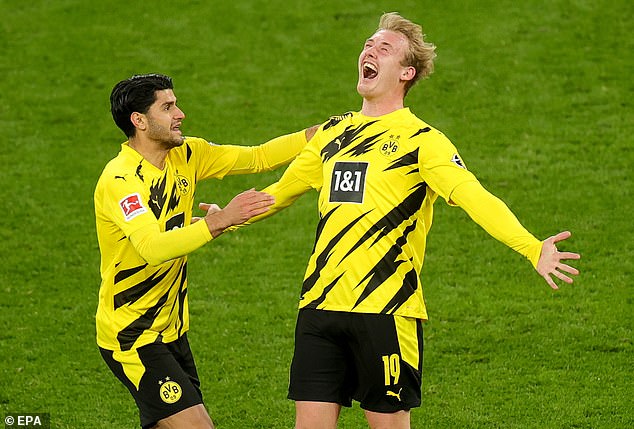 The German, 24, has played 40 times in all competitions this season and is rated at £22million

Odegaard, who has not yet fully broken into the first-team squad at parent club Real Madrid, has impressed at the Emirates, scoring twice in 14 games.

But he may be financially out of reach for the Gunners; the Spanish giants are in a strong position due to the 22-year-old’s contract expiring in two years and are well aware of Arteta’s strong interest.

Therefore Brandt could be a backup option, although Dortmund sporting director Michael Zorc said in December: ‘A name is constantly being mentioned that actually doesn’t play a role in our deliberations at the moment. That should come to an end. 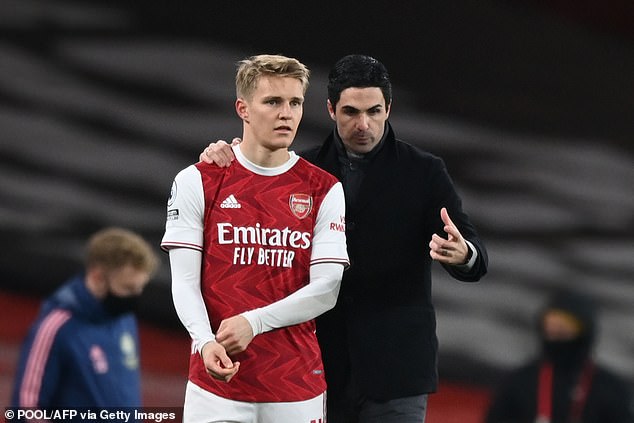 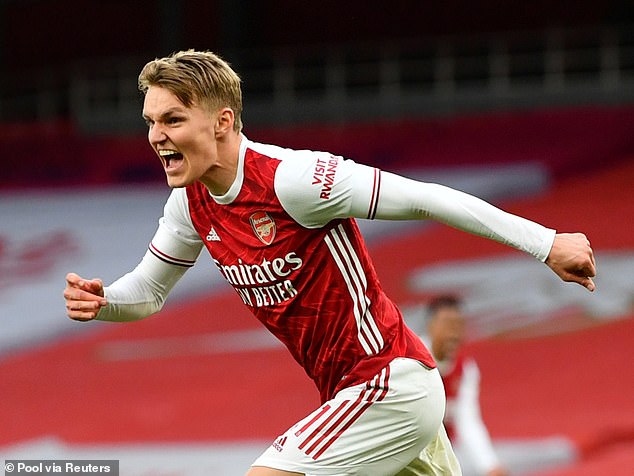 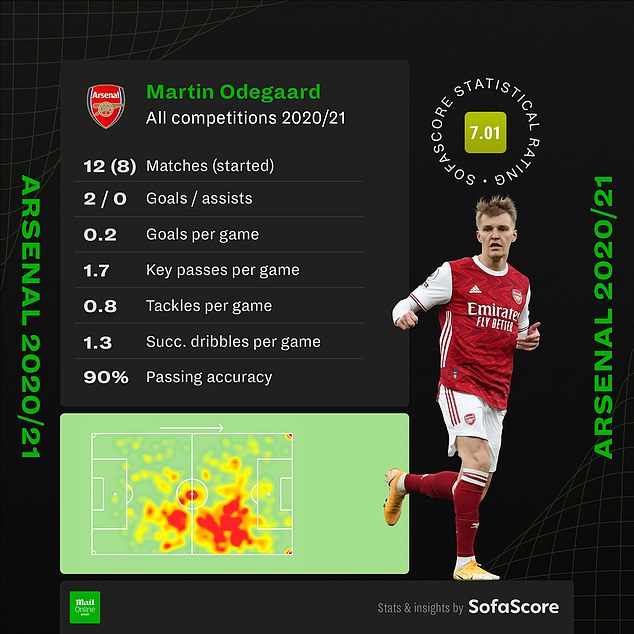 Odegaard has impressed at the Emirates during his loan spell. Graphic credit: Sofascore.com

‘I can only repeat; there is not even the slightest bit of anything on the table. We can’t do anything if rumours are constantly being spread that are not true.’

The 35-cap international Brandt has made 40 appearances in all competitions this season, but only started 16 times in the league and has been in and out under interim boss Edin Terzic.

Terzic will make way for Marco Rose this summer, with the new manager’s position on Brandt – who has three years left on his contract at the German club – still unknown. 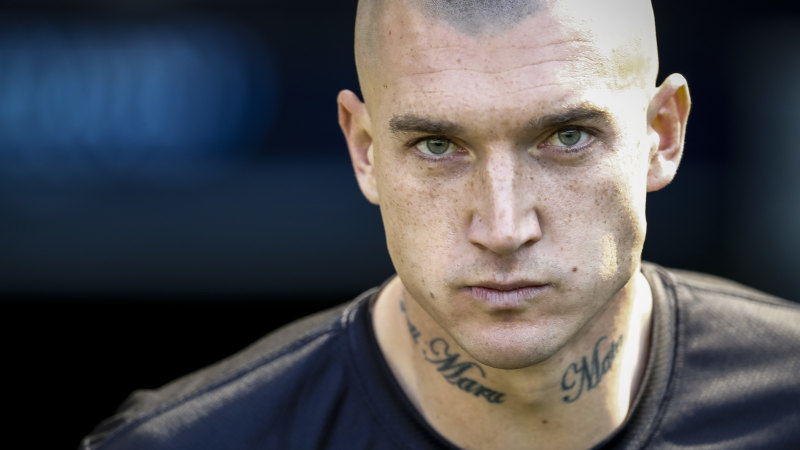