Arsenal star Pierre-Emerick Aubameyang has faced his fair share of criticism over his new hairstyle, and team-mate Alexandre Lacazette couldn't resist making a cheeky joke of his own.

Aubameyang stunned Gunners fans by showing off his new look over the weekend.

The 31-year-old, who usually has his hair in a shaved mohawk, has changed his look completely and now sports a long braided style.

And Lacazette couldn't help but point out the similarities between Aubameyang's hair and that of rapper Travis Scott.

The French striker posted a video to his Instagram page on Aubameyang's return from international duty with the caption: "Travis Scott is in the building!!!!!"

Lacazette's future at Arsenal is currently up in the air, with just over a year remaining on his current contract.

The Frenchman's current deal will expire in 2022, and it currently seems that talks over an extension aren't ongoing.

A host of teams are said to be interested in the striker, 29, including Roma, Sevilla and Atletico Madrid.

Lacazette is reportedly eager to discuss a pre-contract agreement with a foreign club in January, as will be his right if he isn't sold this summer.

The forward will be able to walk out for free in January provided he doesn't ink a new deal before then. However, Gunners boss Mikel Arteta is eager to keep him around.

Speaking recently, the manager indicated he didn't want Lacazette to go, but didn't address him by name.

He said: "I'm hoping that a player under contract will continue with us."

READ MORE: PSG star has been in coma for 39 years – was 'only supposed to be there for hours' 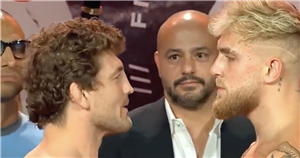