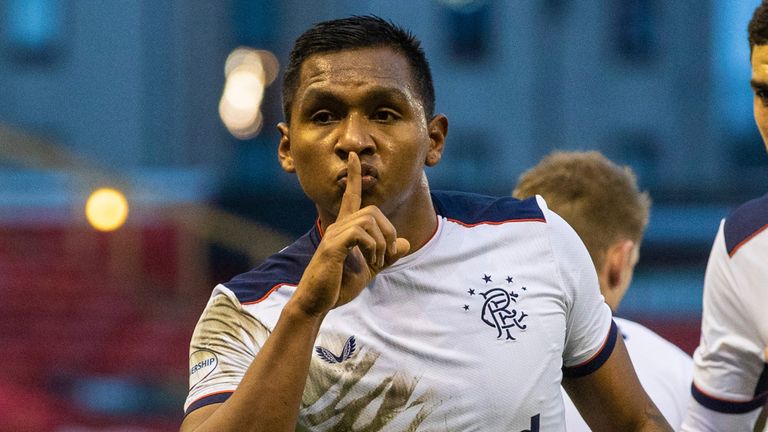 Rangers moved 22 points clear of Celtic at the top of the Scottish Premiership after a 2-1 victory over 10-man Aberdeen at Pittodrie.

The hosts were down to 10 men midway through the first half when Ryan Hedges, adjudged to have made no attempt to win the ball by referee John Beaten, was shown a straight red card (26) for tripping Alfredo Morelos in the penalty area. James Tavernier missed the resultant penalty, but Rangers were ahead minutes later thanks to Morelos’ strike (32).

Rangers extended their advantage after the break as Morelos grabbed his second of the game (50) to reach 50 Scottish Premiership goals, but they were not home and dry as substitute Matthew Kennedy pulled a goal back (67).

It provided a nervy final 20 minutes or so for Steven Gerrard’s side, but they held on to strengthen their bid for a first title in 10 years.

Celtic have the chance to cut the gap back to 19 points when they host Hibernian, live on Sky Sports Football; kick off 7.45pm.

Before that, Aberdeen travel to Livingston on Wednesday (kick off 7.45pm) before a trip to Ross County on Saturday (kick off 3pm).