Sale 5-27 Toulouse: Sanderson's side are given a tough time in Ulster

Sale 5-27 Toulouse: Alex Sanderson’s side are given a tough time in Ulster as Cobus Wiese is sent off while Toulouse march into knockout stages of the Champions Cup

Red or blue? That was the question on everyone’s lips in Manchester yesterday morning. A couple of junctions down the motorway from Old Trafford, where the teams were playing in slightly different shades, the answer was very much red.

Toulouse marched into the knockout stages of the Champions Cup wearing their traditional colours. Sale, in the blue corner, paid the price after both props went off injured after eight seconds and lock Cobus Wiese was shown a red card after 19 minutes.

Having battled the matchday traffic to reach the AJ Bell Stadium, the near-capacity crowd arrived with high expectations. Sale are flying high in the domestic competition but this was a reminder of the gulf in quality across the Channel. 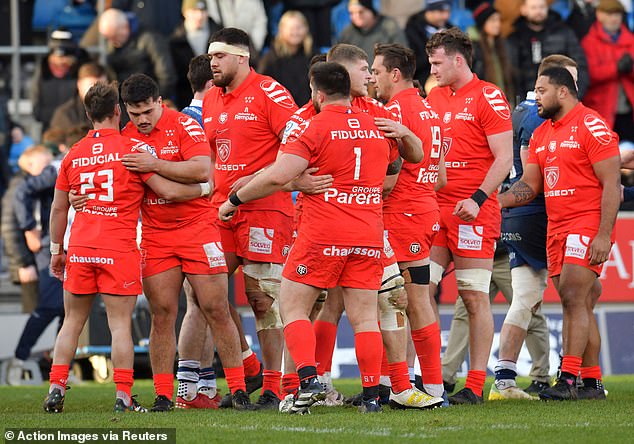 Simon McIntyre and Nick Schonert suffered a nasty clash of heads at the kick-off but their withdrawal did not halt Sale’s early push. They took an early lead when Akker van der Merwe was driven over by Manu Tuilagi, with the young replacements digging in.

When Wiese was sent off for a tucked-arm clear-out, Sale sacrificed a back to combat the weight of the French pack. Tom O’Flaherty roamed the pitch to cover both wings, while Gus Warr went toe-to-toe with the great Antoine Dupont in the No 9 jersey.

Yet their resistance could only last so long. Sale clung on to their narrow lead until half-time, with Toulouse going into the break with just three points from their dead-eye kicker Melvyn Jaminet. But collision by collision, the energy drained out of Sale legs. 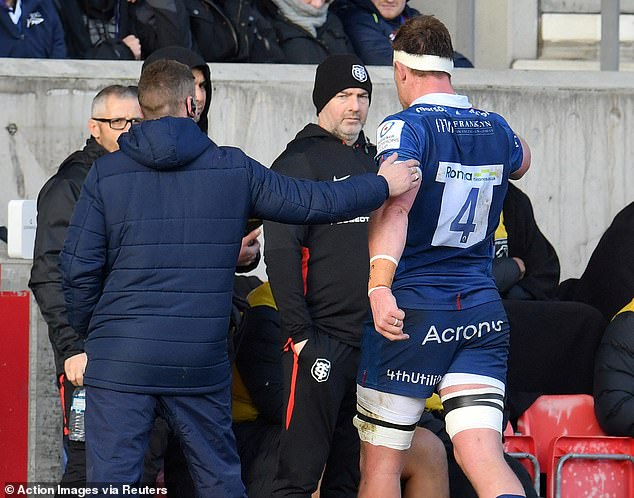 Cobus Wiese was sent off for Toulouse after 19 minutes, which made their task more difficult

Giant lock Emmanuel Meafou, rumoured to weigh over 23 stone, ran at defenders like a people carrier that had just veered off the fly-over. Dupont upped the tempo around the ruck and, kick by kick, Jaminet nudged his team ahead.

Flanker Jack Willis entered from the bench in the second half, making his first appearance on English soil since Wasps went bankrupt.

He won a turnover in defence and hit ruck after ruck, as the visitors dominated territory and possession. ‘After half-time we failed to manage the game very well,’ said Sale coach Alex Sanderson, after watching his team fade out of the fight.

‘There were some poor decisions, bad execution and then when we did get that territory we couldn’t win the lineout and couldn’t keep the ball.

‘I feel like we were victims of our own demise to a large degree. You don’t have to do a lot wrong against a team like that for the scoreline to blow out.’ After Jaminet kicked his fifth penalty of the day, Sale began thinking about managing their players for next week’s must-win game against Ulster. 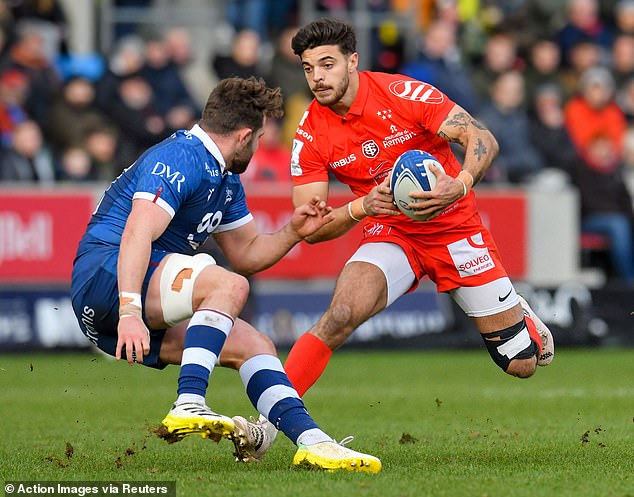 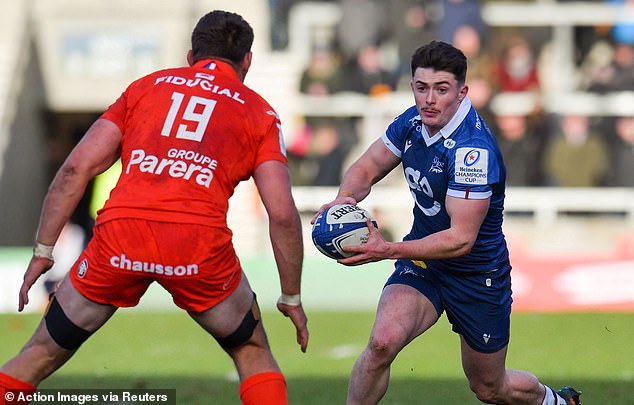 They withdrew their old heads, with Tuilagi and Jono Ross making way, and watched Toulouse turn the screw in the closing stages.

Meafou reached over for a try in the 70th minute, before his side struck again two minutes later. Luke James spilled a high ball and Dupont launched an attack down the blindside, leaving Guillaume Cramont with an easy finish from a metre out.

‘It’s very clear what we’ve got to do,’ said Sanderson, as he began thinking about how to keep Sale’s Champions Cup campaign alive.

‘We’ve got to go to Ravenhill [home of Ulster] and get a result. The result is secondary to the battle that will occur on the back of them having a few losses and resting half a team this week. We’ve got to understand what is coming.’