‘The English aren’t all bad – Joe Marler gave me a naked hug!’: Dan Biggar discusses the Six Nations’ feistiest rivalry with Miek Brown as they reveal the secrets of the England-Wales divide… and sparks will fly, even without fans!

On the pitch, Mike Brown and Dan Biggar were arch rivals. Neither gave an inch in the battle between England’s Mr Angry and Wales’ Mr Angry.

Brown has since departed the international stage, but Biggar should continue to pull the strings at No 10 when the two nations clash next Saturday.

The pair reminisced about their contests in the name of sporting diplomacy. Our Rugby Correspondent Nik Simon listened in. 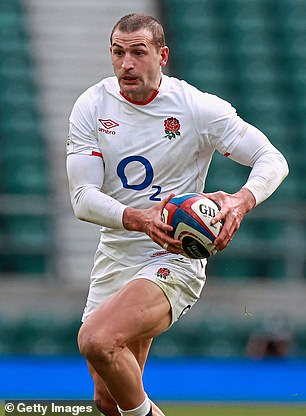 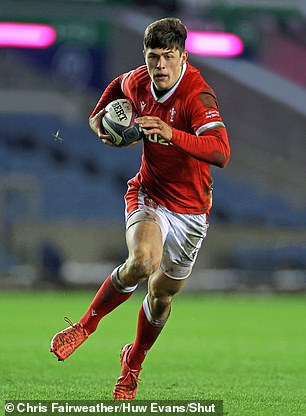 MIKE BROWN: One of the bonuses of doing this interview on Zoom is that I know Sam Warburton isn’t waiting around the corner in case it all kicks off!

DAN BIGGAR: There have been a couple of flash points over the years.

BROWN: One of the problems with empty stadiums is that the TV microphones can pick up all of our swearing — there have been a few choice words in England-Wales games, that’s for sure.

BIGGAR: Do you still cover your legs in Vaseline, by the way? I always remember trying to tackle you and it left my hands and arms covered in the stuff.

BROWN: No idea what you’re talking about (laughs). Moving on! As a player and a fan, it’s the game I look forward to the most. What does the rivalry mean to the Welsh? 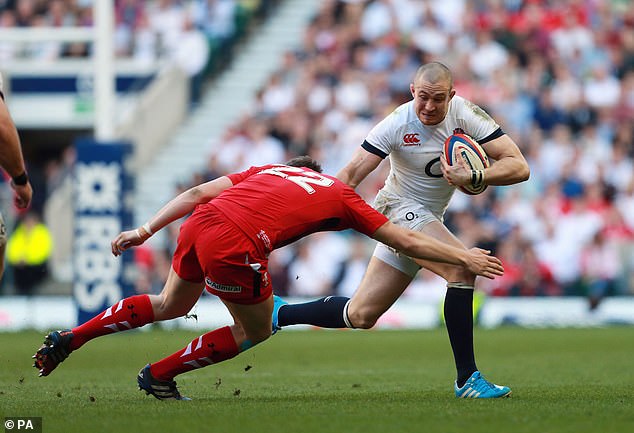 Biggar and Brown are familiar foes from before the latter’s retirement, with both fiery players

BIGGAR: It was the game you tuned into when you were growing up. We didn’t have many successful days against England in those days, so it was a tough watch most of the time.

I remember Scott Gibbs scoring at the death to win at Wembley. We all went crazy. It almost turned into a national holiday. England are the bigger country so it felt like we were punching above our weight.

BROWN: I got to know Jamie Roberts and Adam Jones at Harlequins. It’s funny how you see them in a different light. That 80 minutes on the pitch is tribal, but away from it everyone has a totally different persona.

BIGGAR: It’s funny because I reckon some of the Welsh public would rather see us beat England and not win the Six Nations than lose to England and win the title. There’s this narrative of two countries that really don’t like each other.

They probably see England having a bit of swagger, but they’ve earnt that. Since moving to Northampton, I’ve realised how good the English clubs, players and fans are. Everyone talks up the rivalry but you realise the English guys are a good group of men. 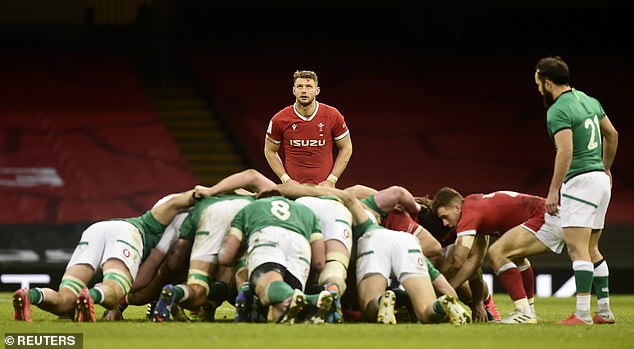 BROWN: That could be the headline in Wales: Welshman says Mike Brown isn’t an idiot!

BIGGAR: Maybe they could write the same for me in the English edition! On the Lions tour, I spent more time with the English guys than anyone else. I remember our warm-up game against England before the 2019 World Cup.

BROWN: That means Joe likes you. You’ve won your fair share of games against England over the last decade. Did the big brother, little brother narrative wind you up and get the best out of you? 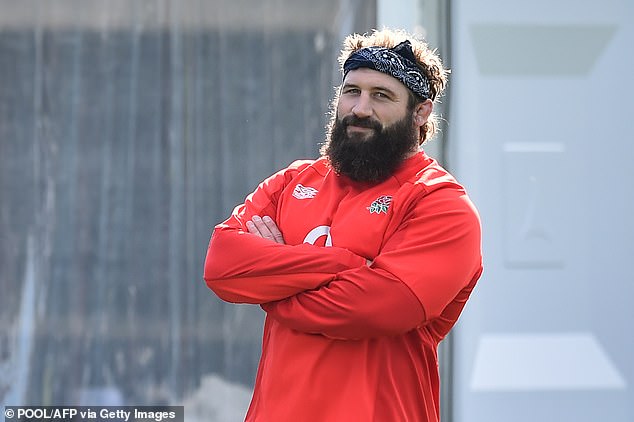 BIGGAR: When Warren Gatland first came in, he changed the mind-set. He gave us the belief we were going to go out and win against England, rather than hoping that we might keep it tight and sneak it at the end.

There was a huge shift in mentality. Gats would put subtle messaging around the team room on the week of the England game. I remember the build-up to the 2015 World Cup game.

BROWN: Thanks for bringing that up!

Without that, playing against England can be quite intimidating because you see the strength in depth they’ve got.

BROWN: You just have to look at guys like Sam Simmonds, not in the squad, to see the talent pool. For me, Wales in Cardiff was always my favourite away trip. We used to set off smoke bombs and play Bread of Heaven at full blast in training, but nothing could replicate the real thing. 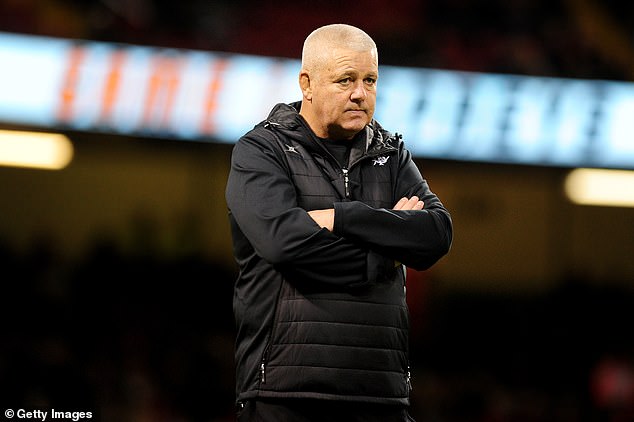 It was the most passionate crowd I ever played in front of. I copped loads of abuse, but I loved it.

BIGGAR: Everything goes up a few per cent in the England week. It’s funny comparing Cardiff and Twickenham. On the bus drive into Twickenham, everyone has their packed lunches and picnic blankets out.

Coming into the Principality Stadium, you would see everyone scuttle out of the pubs to see the bus tanked up as they’ve been drinking since breakfast at 10am.

BROWN: We’d get grannies head-butting the bus and six-year-olds sticking up the middle finger at us. Do you think the lack of crowds will have a big impact next week?

BIGGAR: It takes away a bit of the home advantage. Sometimes, when playing at home, a big crowd can carry you through a bit of a lull. It will probably suit England not having the crowd, but we’re used to it now. Some players react better to no crowds.

Maybe it gives them a bit more freedom, not having everyone ‘oohing’ or ‘aahing’ at your mistakes. The type of player I am, I’ve found it difficult with no crowds. I play on emotion. I like hearing opposition fans give you stick, or the home crowd getting behind you. Normally the bus ride alone gets you pumped up. 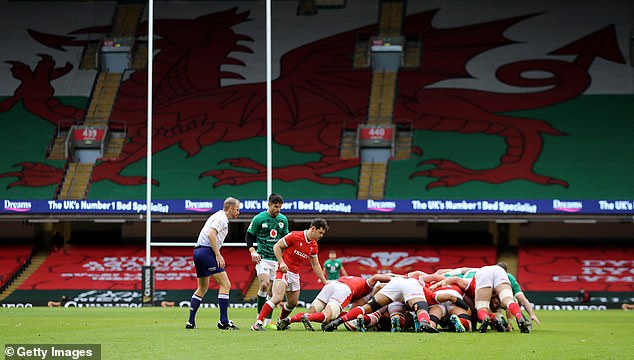 BROWN: I loved playing at the Stade de France and Ellis Park, but Cardiff topped them all. It must be nice to be back there after a tough Autumn Nations Cup campaign at the Parc y Scarlets. You’re two from two, so it must be a happy camp.

BIGGAR: The autumn was difficult because we brought in a lot of new players. We were still finding our way under a new coach. It was used as a time to have a look at guys, which can be frustrating for the senior players because you never know how much longer you will keep going.

Evidently, it’s helped in the long term. We’ve had some time together and got to know our patterns of play. We’ve been OK in the first two games. We haven’t set the world alight, but we’ve been solid in our set piece, which is probably the biggest part of the game.

If your set piece isn’t going well, the rest of your game tends to follow suit. A winning start in the Six Nations boosts your confidence. If you lose your first game, you’re always one defeat away from being out of the tournament.

BROWN: What you say about blooding new guys is interesting. I’ve written that England have missed opportunities to play youngsters and find out what they’re about.

Now they’re in a situation where they haven’t been going too great and they will be wary about giving someone like Max Malins a first start away in Cardiff. Speaking of young players, Louis Rees-Zammit is getting all the headlines. What’s he like? 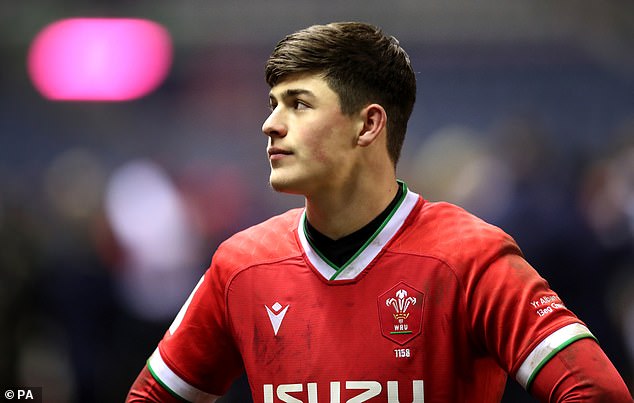 Louis Rees-Zammit has been a breakout star for Wales, impressing at just 20-years-old

BIGGAR: His try at the weekend was special, wasn’t it? He’s been a breath of fresh air. You see a lot of quick players in speed testing, but he manages to transfer it really well on to the pitch.

He’s taken to the international game so quickly. He knows what he has got to work on, but his raw pace and raw talent at his age is frightening. He won’t score tries like that every weekend so it’s important that he doesn’t put too much pressure on himself.

He only turned 20 a couple of weeks ago. Me and Leigh Halfpenny were chatting about it the other day, realising that we’re 11 or 12 years older than this guy. It’s crazy.

He got a bit of a ribbing from the guys for getting Deep Heat rubbed into his back by the physios before training. It’s usually the old guys who need that! He got hit by the fines committee.

BROWN: They don’t make them like they used to. I’m looking forward to seeing him against Jonny May. They’re both rapid. I know how Jonny is and he hates it when anybody’s quicker than him, so he’ll want to prove a point. It will be a huge day for George North, too, if he wins his 100th cap. 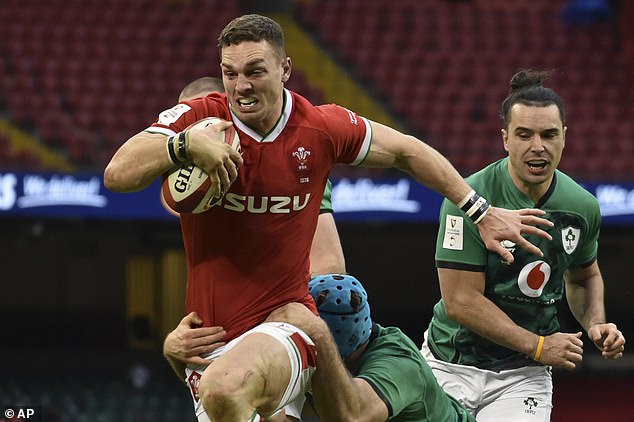 BIGGAR: That would be a huge achievement for George, especially at 28 years old, and there’s no better game for it than England.

BROWN: I’ve made my thoughts clear about England not getting the best out of attacking players. What do you think about the general state of attacking in Test rugby?

BIGGAR: International defences are so good at the moment — you have so little time and space. Sometimes, trying things out in training is a waste of time because you get so much less space in games.

You can look a million dollars in training but you don’t have someone trying to make your life hell and disrupt. Everybody wants to entertain but winning is the most important thing, so territory often becomes your first point of call.

If we’d been on the other end of those results against Ireland and Scotland, we would be having a completely different chat. 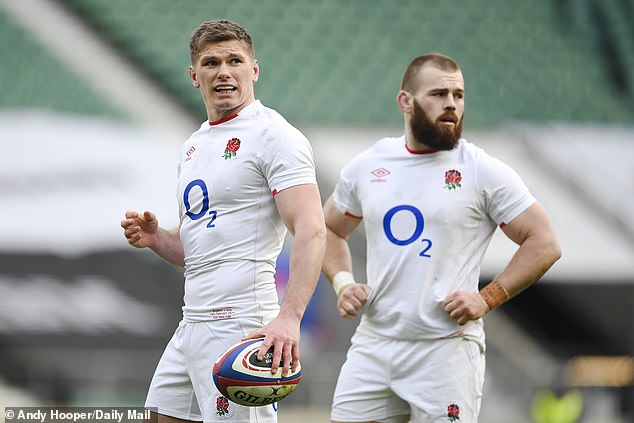 BROWN: That’s true. England showed more attacking enterprise against Italy, but Wales should be a far sterner test. England’s defeat by Scotland was a bit of a disaster — and you’ve talked about how the opening game sets the tone.

Their first thought in the Calcutta Cup was to kick the ball away, even though they had so many scenarios where they could have done something with one or two more passes. It was frustrating to watch.

BIGGAR: Agreed. We watched that Scotland game in the team room and our comments were similar. Every team has a bad day at the office. Henry Slade got a lot more touches against Italy.

If you’re picking playmakers, give them ball. Otherwise you may as well pick two brutes in midfield, win the collision and play a kicking game. They’ll be pleased with how they got ball in hand against Italy.

I just hope they don’t carry too much of that form into next week!