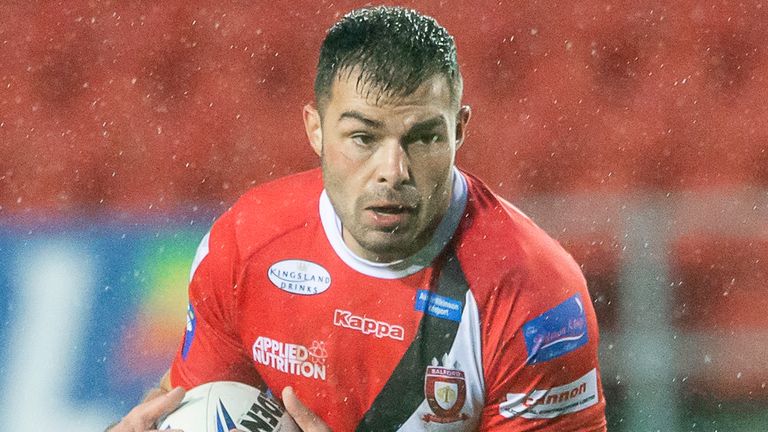 If there is one thing Mark Flanagan is not missing after hanging up his boots at the end of the 2020 Super League season, it is pounding out the hard yards in the winter months during pre-season training.

The 33-year-old brought down the curtain on a career which saw him star on these shores for Wigan Warriors, St Helens and Salford Red Devils, claiming a Grand Final winners’ ring with Saints in 2014, along with spending two years in the NRL with Wests Tigers.

But while Flanagan admits to missing the social side of being part of a team environment, he is thankful he no longer has to worry about the onerous pre-season runs during the depths of winter in the English north-west.

“The last pre-season I had, I remember running up and down a muddy field in the middle of Salford thinking ‘I do not want to do this again!’,” Flanagan told Sky Sports. “But then I do miss the team social.

“One of the Salford lads messaged me the other day saying they were having a get-together and asked me for advice on which pubs to go to. I was kind of very jealous I couldn’t be a part of it.

“I suppose I could gate-crash, but I don’t want to be that guy who’s just tagging along and hanging on with his old friends.”

Not that Flanagan really has time to be socialising with his old Red Devils team-mates now anyway, with retiring from playing meaning he is able to devote his energies fully to the coffee shop business he runs with another former back-row forward and ex-St Helens team-mate Jon Wilkin.

A HUGE thankyou to everyone that joined us for our first week back open indoors. We're totally exhausted but our hearts are full ❤️

Normality is creeping back in and we're loving it. Here's to another week of brunch, brews, bakes & booze 🍳 pic.twitter.com/mPm4lXP4ZT

Despite the challenges posed by the Covid-19 pandemic, the business has continued to thrive and already having something in place has helped ease Flanagan’s transition into life after playing – not to mention being able to keep alive the spirit of the changing rooms with Wilkin there too.

“I’m really enjoying it,” Flanagan said. “I was lucky enough to set up the coffee shop business in Manchester about seven years ago, which is going quite well, so I had something I was passionate and excited about to move into.

“As much as I’ve loved playing for 12 or 13 years at the top, my body and my mind were saying it was time to call it a day. I’d struggled with a couple of bad knee injuries during my career which had taken their toll, so I just felt like it’s moving onto the next chapter.

“It’s probably time for us both to put all of our energy into it rather than doing it before and after training or on the weekend when it’s hard to squeeze the two in and have a decent balance. I do miss the craic with the lads and the childish humour you find in most rugby dressing rooms, so it’s quite good to have my mate in the shop every day.

“I do miss the craic with the lads and the childish humour you find in most rugby dressing rooms, so it’s quite good to have my mate in the shop every day.”

The last year of Flanagan’s career did not see him get a send-off in front of the Salford faithful at the AJ Bell Stadium due to the Super League season post-August resumption having to be played behind closed doors.

It also meant his only experience playing in a Challenge Cup final at Wembley was at an empty stadium save for a handful of RFL dignitaries, club officials and members of the media as the Red Devils were edged out 17-16 by Leeds Rhinos last October.

Flanagan is grateful he got to grace two of rugby league’s biggest stages during his time with Salford, being part of the team which reached the 2019 Grand Final against old club Saints too, although he concedes matches being behind closed doors may have contributed to his decision to retire. “It wasn’t quite the same as I envisaged and some of my best memories of playing were in front of crowds whether that’s Wigan-Saints derbies, Grand Finals or whatever it was.

“In retrospect, it (playing behind closed doors) might have sped up my decision to retire because I wasn’t feeling it as much on game-day or getting the same buzz out of it that made all of those sacrifices and the painful training sessions worth it.

“I’m a bit more envious of the lads this season playing in front of crowds and it’s been a nice addition to watch.” 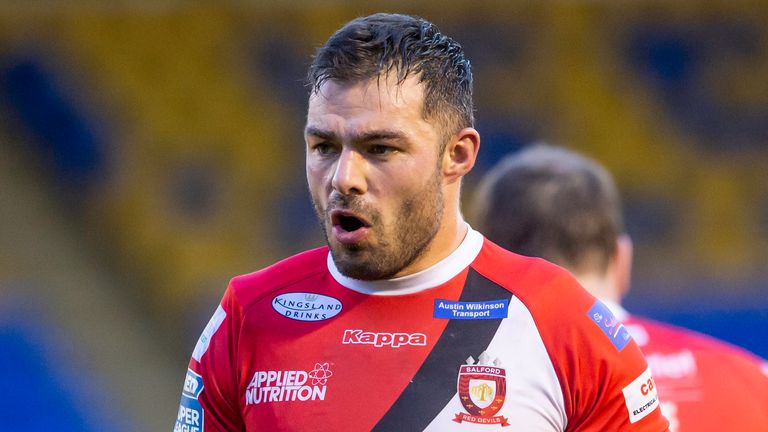 When I was playing…I’d be a terrible spectator because I feel every tackle. Now, I’m enjoying it and I probably wince watching rugby more than ever thinking ‘how do these lads do it for 80 minutes?’.

As well as training with his old amateur club Saddleworth Rangers to keep fit, Oldham-born Flanagan has enjoyed being a spectator during the opening months of the 2021 season and will be at Totally Wicked Stadium on Friday night as part of Sky Sports‘ team as St Helens host Hull FC.

“I’m enjoying the games, although I think my wife is getting a bit sick of me commentating on them and giving my opinion,” Flanagan said. “So, it’s probably good I’m sharing them for somebody else.

“When I was playing, if I was injured or on the sides, I’d be a terrible spectator because I feel every tackle.

“Now, I’m enjoying it and I probably wince watching rugby more than ever thinking ‘how do these lads do it for 80 minutes?’, but there have been some great games so far – I’m probably enjoying myself like any other fan now.”