Within hours of a report appearing on the ABC website that contained allegations made about the way former Hawthorn officials treated Indigenous players, the AFL held a press conference.

The seriousness of the allegations demanded they do so but it was no coincidence from my vantage point that it took a non-Indigenous journalist’s story in the mainstream media to prompt action when Indigenous people have raised all sorts of issues relating to their treatment for decades.

Of course, those allegations are yet to be tested and the people at the centre of them deserve as much as anyone the right to have their version of events heard, and it sits uncomfortably with me that they weren’t afforded the opportunity to do that as soon as or before the report was tabled.

But that does not absolve the AFL Commission, led by unseen chairman Richard Goyder and the executive led by AFL CEO Gillon McLachlan, from the harsh reality that the game has a systemic issue with racism that has not been addressed under their watch.

Following the AFL apology in 2019 that followed the treatment Adam Goodes received at the hands of fans, and the limp response from most of the game’s leaders to the booing of the Swans champion, alarm bells have rung every year that the situation relating to the way Indigenous issues are managed was not improving.

In the past few years there has been no leadership or accountability, merely repeated promises to learn as the game lurches from one outrage to the next.

We have had the following issues and reports either washed away or managed, or there has been a fall person to deflect attention from the AFL’s inaction:

2017: The Indigenous Past Players report.

2020: Former Saint Robbie Muir’s experience, as reported by the ABC.

2020: The Peter Jackson review into the AFL’s approach to Indigenous issues and their support for Indigenous players.

2021: Collingwood’s Do Better report leaked and then reviewed by the AFL.

2022: Norm Smith medallist Cyril Rioli explains why he turned his back on Hawthorn and the game.

2022: Eddie Betts’ revelations about the Adelaide pre-season camp, and the club found to have broken no rules. 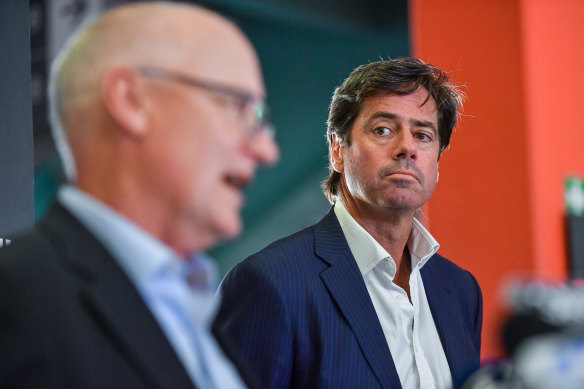 2022: A lack of consultation over the minute’s silence after Queen’s death.

The Peter Jackson review, for which the respected former club CEO spoke to many Indigenous people in the game, has never seen the light of day.

There was, eventually, Indigenous liaison officers employed at every club, and the AFL’s Aboriginal and Torres Strait Islander Advisory Council was revamped with greater alignment across the industry promised.

Still, the list gets longer as we stagger from incident to incident without improved systems or real accountability from those at the top, such as Goyder, who we never hear from or see when controversial issues arise.

Now we have a four-person independent panel set up to examine these allegations. Again, we are at the bottom of the cliff trying to catch people after the damage has been done.

All day I have heard the words “shocking” and “disgusting” used to describe what is contained in the media report, but Aboriginal people and players have been pointing to systemic issues that allow such things to occur for years.

Yet no one has satisfactorily acted upon concerns, or we are seen to be whinging, or there is an excuse that a decision was made under pressure, or there are concerns expressed about the mental health of a person involved.

No wonder many Aboriginal people in the game are reluctant to speak up because they know they will be subject to gaslighting or otherwise have their time wasted.

Every club should be open to a report on the experiences of their Indigenous past players and the AFL should be held accountable more than anyone. They are the governing body of this game. If Hawthorn have failed, the AFL has failed. 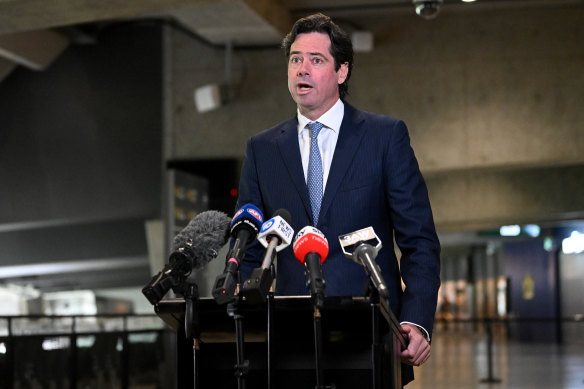 I did not want to hear today that McLachlan had spoken to this person and that person, or that the issues were broader than football because football has, like the country, had the chance to address racism and they haven’t.

It would have been nice to hear him facing questions from Indigenous as well as non-Indigenous reporters to get a cross-section of perspectives on what mattered most.

What matters most is that we address the issues that keep arising so that the hurt and pain that is being inflicted upon people via their connection to the game does not occur. The questions raised about Hawthorn must be rigorously addressed to get to the truth.

But the game can’t ignore the need for serious action led by the Commission and involving the AFL.

It’s about doing the right thing, not doing better.

Mathew Stokes is a Larrakia man who played 200 games with Geelong and Essendon. He played in Geelong’s 2007 and 2011 premiership teams.