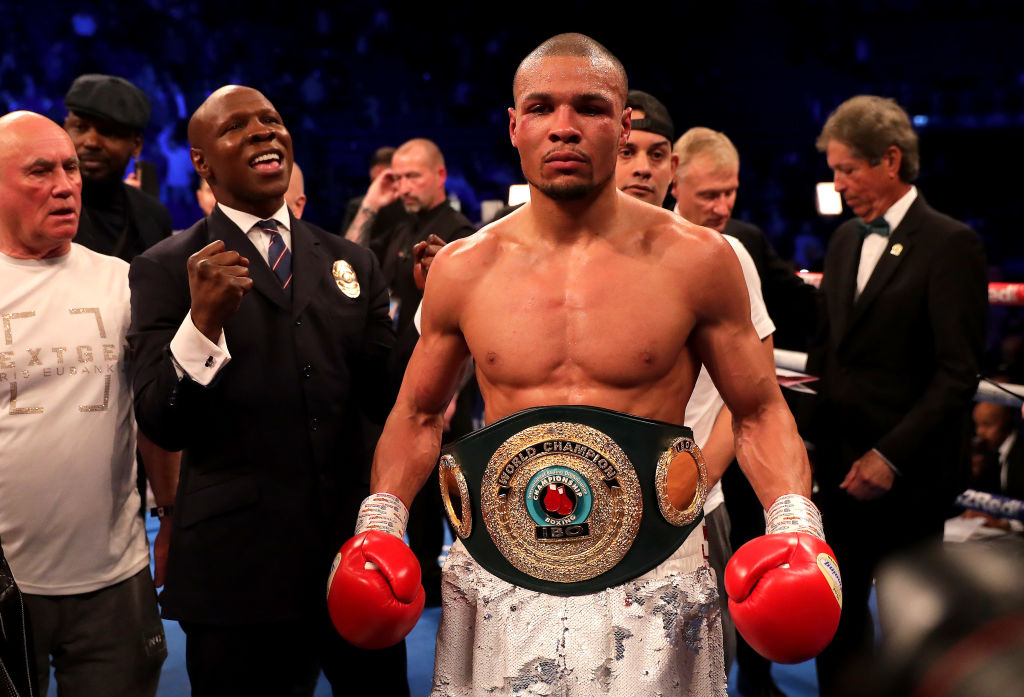 Chris Eubank Jr has told his father he can’t have ‘any negative thoughts’ over his weight heading into his fight against Conor Benn.

The Brighton fighter will take on Benn at a catchweight of 157lbs on 8 October in London, requiring him to drop down from middleweight [160lbs] where he has campaigned for his last four fights.

Eubank Snr has threatened to pull his son out of the fight, worried about his long-term health and fearing he could lose another son following the tragic death of Sebastian Eubank last year.

But the 32-year-old insists ‘nothing is going to stop the fight’ and says he cannot let his father’s concerns affect his mindset.

‘I can’t pay that [his father’s comments] too much attention because, at the end of the day, the fight is going to happen. There is nothing that is going to stop the fight,’ Eubank Jr told The Star.

‘I can’t have any negative thoughts or worries from any other people affect my mindset and how I will proceed with this fight. He’s my father, he may be worried about me cutting the weight and all the rest of it but I can’t let that affect me and what I want to do. I have to believe in myself.

‘I’m not saying he doesn’t believe in me or believe that I’m going to do it but he’s saying it’s a danger. He probably is right. It is a danger but I’m a dangerous man.’

In a joint interview with Metro.co.uk alongside his old rival Nigel Benn, Eubank Snr pleaded for terms of the fight to be changed.

‘My son cannot come down beneath 160. That is what I say. What my son says, he says in the blind, in the dark, he does not know about being 32 and coming down beneath 160, even once ounce. One ounce. no. It must not be. We mustn’t do this.

‘I cannot lose another son. They don’t know what it is to go one pound beneath 160lbs if you are a middleweight. It is a life and death situation. No, don’t do that to my son.’

Eubank Jr says it is ‘upsetting’ to think of his father having such concerns but says he will use the memory of his brother Sebastian, who suffered a heart attack while swimming in Dubai last year, as ‘fuel’ to win the fight.

‘It’s upsetting and sad that he may have those thoughts going through his head, but that’s him. As a man I’ve got to do what I’ve got to do to win and to be able to perform at my best mentally.

‘Mentally you can’t worry about family, friends or what’s happened in the past. I’m using my brother as fuel, I’m doing this for him.’