A major AFL-wide review into racism review is long overdue

The Adam Goodes racism case remains one of the more shameful episodes in AFL history.

Why it took so long for the league to take a significant stand and concede the constant booing of one of the greats of the game was racist and needed to be stamped out is one of the mysteries of backroom politics.

That this disturbing issue all but drove the dual Brownlow medallist out of the game said it all. That he has barely been involved in the sport since, and has refused to attend the Brownlow Medal counts, has reinforced how dismally he feels he was treated. 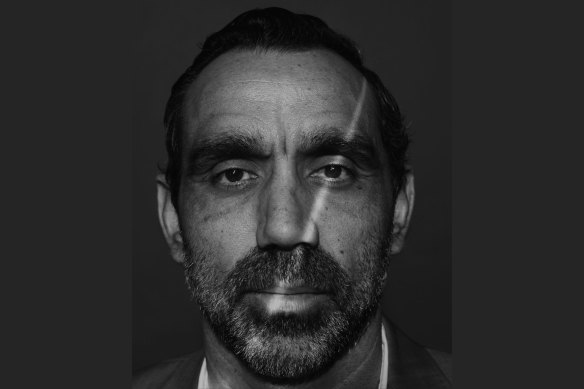 Adam Goodes has largely been lost to the game since booing incidents marred the end of his grand career.Credit:James Brickwood

Goodes, don’t forget, was named Australian of the Year in 2014. It was during that year’s grand final, in which the Swans were beaten by Hawthorn, that the booing was obvious for the first time. The issue grew, most notably in games against Carlton at the SCG, and West Coast in Perth.

AFL chief Gillon McLachlan may have privately apologised to the retired Goodes early in 2016 and also published an apology in the AFL annual report, but the damage was done.

It’s hard not to think the remnants of that terrible period linger today.

The league had the chance to say enough was enough with the Goodes situation, but it’s taken more controversies, including the Eddie Betts racism claims, and now the latest involving Cyril Rioli and his family which led to Hawthorn’s alarming cultural safety review, to force the AFL to dig much deeper.

While affected Indigenous woman “Amy” has ruled out participating in the four-person AFL investigation, at least four families involved in the initial Hawthorn report, conducted by former Richmond player Phil Egan, should be free to participate now the league has clarified it is conducting a “wider industry response”, as it stated on Saturday.

It’s an important clarification, but one far too long in the making.

As four of the families said through their lawyers Leon Zwier and Peter Seidel of Arnold Bloch Leibler: “To the AFL clubs’ boards of directors, tell the AFL not to sweep this crisis under the carpet as merely a Hawthorn problem. It’s not just a Hawthorn problem, just like it wasn’t just a Collingwood problem. Address the issue of racism in the AFL directly and purposively. The next crisis may be yours,” the statement said.

To: AFL Commissioners and Gillon McLachlan

You have asked us to participate in the AFL’s investigation into allegations of racism at the Hawthorn Football Club. We have reservations about that process and share many of the concerns expressed by Amy**. However, we also want to make sure our experiences will never be repeated and that is why we have taken our time to carefully consider our position.

We do want to tell our truths to a panel of independent investigators in a culturally safe environment.

But the issue of racism in the AFL cannot be dealt with by a narrowly targeted investigation on a club-by-club, or crisis-by-crisis, basis.

That may protect the AFL’s image and reputation in the short term, but it does not address our concerns, which won’t go away with a limited investigation of Hawthorn.

In our cultures the past shapes and determines our future.

We ask as part of this process for the AFL to independently investigate how AFL policies, procedures and practices can be improved. We want to help educate AFL coaching staff, players and umpires about our cultures and our peoples and set KPI’s to annually test whether the AFL is doing better in relation to racism. For once and for all.

Today we have decided to participate in the AFL Independent Investigation on the basis that the AFL is also committed to independently look at its own failings and promises to all First Nations families it will do better as a result. And we appreciate this will take more time to complete than a Hawthorn focused investigation.

To the AFL Clubs’ boards of directors, tell the AFL not to sweep this crisis under the carpet as merely a Hawthorn problem. It’s not just a Hawthorn problem, just like it wasn’t just a Collingwood problem. Address the issue of racism in the AFL directly and purposively. The next crisis may be yours.

To those First Nations Players and their families who have previously been racially vilified, and hurt by the AFL’s failures and silences, please lend your voices to our call to the AFL to do better. You inspire us. We stand shoulder to shoulder with you.

* This statement is made only on behalf of those persons represented by ABL.

“To those First Nations Players and their families who have previously been racially vilified, and hurt by the AFL’s failures and silences, please lend your voices to our call to the AFL to do better.”

That seems a fair call, but Goodes, Betts and Rioli, and countless other Indigenous players have already risked everything to advocate for improvement in the way Indigenous players are treated in the game. No one should expect them to lend their voices any more than they have done and continue to do. This is not the start of agitation for change. It is part of a long road.

That these “silences” from the league have continued is not good enough. It’s time for an investigation of the league as a whole, complete with terms of reference that is free of AFL involvement and AFL links, but keeps those First Nations people willing to participate in a culturally safe way, while respecting the rights of all participants, to go ahead.

The AFL has made significant advancements since Michael Long took a stand after his 1995 Anzac Day vilification by Damian Monkhorst, which led directly to the AFL’s groundbreaking racial anti-vilification policy. But it’s time for a re-examination.

A deep review, or “response”, does not need to be a witch hunt. As the families argue in their statement: “Not because we want to trawl over 100 years of neglect, or conduct a witch-hunt or to bring legal claims, but because we want the AFL to be a safer place for our children and all First Nations children who dream of playing AFL football.”

A review would also have major benefits for clubs, for it will strengthen their protocols and ensure they are culturally safe. Legal sources say clubs have seen the ferocious spotlight that has been shone on the Magpies, through the Do Better report, and now the Hawks, and a league-wide review would ensure other clubs do not face such focus.

McLachlan had hoped for a smooth exit next month after his eight years in charge, but industry sources say it would be best if he remains until early next year. While he has guaranteed the league’s financial health with a fresh $4.5 billion broadcast deal, confirming that a 19th licence had been awarded to Tasmania was to have been his parting legacy – provided all parties can settle on who pays for a new stadium.

He now has a greater task: ensuring all clubs and the league as a whole are free of racism.