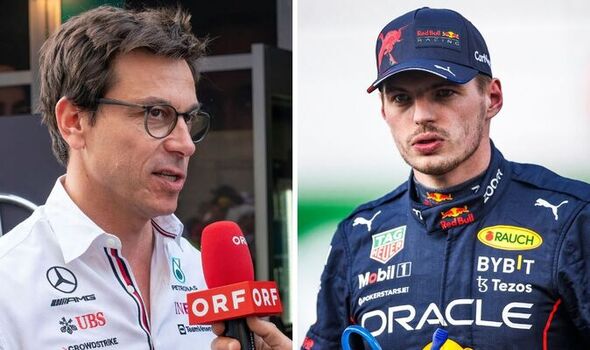 Toto Wolff insists Mercedes are ready to embrace the difficult challenge ahead of them as they bid to wrestle back their stronghold over Red Bull following a calamitous campaign – vying to do everything within his power to ensure the Silver Arrows compete again next season. The eight-time reigning Constructors’ champions have endured a disastrous and winless campaign as their arch rivals finally ended a sustained period of domination at the United States Grand Prix in Austin, Texas.

Mercedes had also won seven Drivers’ championships during that time frame before Max Verstappen won his first ever title following a thrilling yet controversial climax to the 2021 season in Abu Dhabi last December.

Nonetheless, Wolff claims Mercedes now have the grit between their teeth to turn things around, despite conceding that Red Bull now have an undeniable advantage heading into the 2023 season following a turbulent campaign that was plagued with issues with the W13 car.

“That will certainly be an advantage for them. They will take the positive aspects of that car into the next cars,” Wolff told RacingNews365, before claiming the development backlog is now close to a year.

“We may have lost eight to ten months in that development battle because we couldn’t figure out what was wrong. So there’s definitely a challenge ahead of us. But we’re playing the long-winded game. Everyone here. We don’t judge the team by one year or one weekend, but by how we have been able to win multiple world titles in the long run.”

Last month, Wolff had defended his team’s demise by claiming Mercedes were not necessarily “entitled” to success despite their extended period of domination as he accepted his bulk of the blame for “getting the physics wrong.”

The Brackley squad were forced to tackle a series of problems with the W13 bouncing and bumping in the first half of the season.

Mercedes’ trackside engineering director Andrew Shovlin appeared to finally dismiss the problem in August but by then, Verstappen had already run away with the title.

“There is no team that is winning every single world championship over its lifetime, and that has happened,” Wolff said in October.

“And it has happened because we got the physics wrong. There is nothing mystical about it suddenly.

“We have great people, equipment, infrastructure, financial resources, and what we got wrong was just how the car works.

Technical director Mike Elliot had likened the W13 to an onion, declaring: “You peel the next layer off the onion and you’ve got another problem.”

Wolff still feels there is something to play for between now and the end of the season though as Mercedes look to hunt down Ferrari in the constructors standings.

“That will certainly give some satisfaction,” Wolff admits. “The Ferrari was the fastest car at the start of the season, so to finish ahead of them would be great, but it’s not our priority, because that’s being able to fully understand the car to get a fast car on the tarmac.” to put.”

The Silver Arrows are currently 40 points adrift of the Italians and boast a comfortable lead over Alpine in fourth position (294 points ahead).

After finishing second in Mexico, Hamilton is also edging closer to his first win of the season following a rollercoaster ride that has seen him battle countless problems on the track.

He was overtaken by bitter rival Verstappen in the final five laps at the Autodromo Hermanos Rodriguez – earning a second-place finish – while George Russell finished up in fourth on an encouraging weekend for Mercedes.