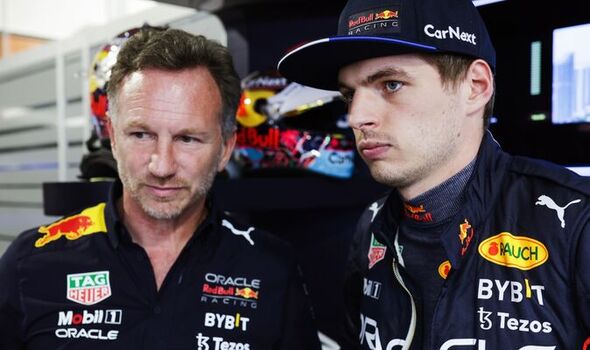 Max Verstappen feels Red Bull are guilty of making it “super difficult” for him at the Miami Grand Prix following their reliability issues on Friday. Verstappen is playing catch up with Charles Leclerc at the top of the standings with the Ferrari driver finishing no worse than sixth in the opening four races.

Verstappen has already had two DNFs though heading into Miami and things didn’t get off to the best of starts in free practice. FP1 saw Verstappen’s session cut short after problems with overheating and his gearbox was replaced ahead of FP2 as a precaution.

But disaster struck on Verstappen’s outlap as his brakes caught on fire, ending his session early and leaving him with plenty of work to do on Saturday. At a new track, all three practice sessions would have been vital for the drivers and teams to find the right set up for the car.

And Verstappen feels Red Bull’s reliability issues played a huge part in preventing him from taking pole on Saturday. When asked how he would approach the start for Sunday’s race, Verstappen said: “I haven’t seen any other starts and I honestly cannot tell you because I haven’t done a start on the left side or on the right-hand side, so… yeah.

“I mean, that just sums up my weekend: it’s just been incredibly messy. We just make it super difficult for ourselves.

“Basically no… well, four or five laps yesterday, then you start today still learning the track, try to find a setup because yesterday you have no clue what, of course, works, because there’s not really a lot of data to look at. And I’m of course still pleased to be in third position and actually be very close to the guys next to me.

“But yeah, I think we can do so much better by just actually operate a bit cleaner and smoother.”

Just one-hundredth of a second separated Verstappen, Leclerc and Carlos Sainz are the first run of laps in Q3 yesterday. Both Ferrari drivers were ahead of Verstappen on the track, meaning they were able to get their second runs done and dusted earlier.

But, with the track evolving, Verstappen would have had some advantage if he were to put together a quick time. However, he had to abort his second and final attempt at taking pole after a mistake in the first sector.

Verstappen starts alongside his Red Bull team-mate Sergio Perez on the second row with Leclerc and Sainz just ahead of them.