Max Verstappen has claimed the tense rivalry between himself and Lewis Hamilton is “behind” them a year on from where the championship exploded at Silverstone. The reigning champion admitted he was “upset” about the horror 51G accident last season.

The crash put Verstappen in hospital for precautionary checks while Hamilton cruised to victory. However, the Red Bull star revealed he had now “moved on” from the incident which he had quickly forgotten about.

He said: “I think that’s the beautiful thing about racing drivers. Of course, at the time you’re upset but you also can quickly forget about it and just move on, and continue to race hard.

“If you look at how we are interacting this year, it’s behind us. Crashes happen, unfortunately, and some are a bit more painful than others, but you move on from it.”

The accident proved to be a pivotal moment in the championship as Hamilton cut the Red Bull star’s mammoth lead from 33 points to just eight. 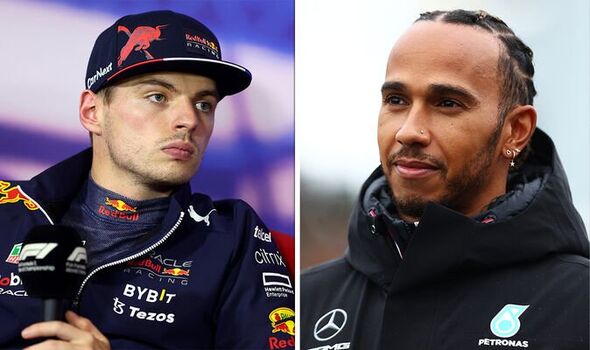 Red Bull star Christian Horner slammed Hamilton for the move after taking out Verstappen at Copse corner. After the race, Verstappen was also angered, calling Hamilton and Mercedes “disrespectful” after celebrating the win.

He said: “[It is] disrespectful if one guy is in the hospital and the other one is waving the flag around like nothing has happened while you push the guy into the wall with 51G. Not only that, just the whole reaction of the team besides that. That’s not how you celebrate a win, especially a win how they got it.”

It was the first of three on-track incidents between the pair with accidents at the Italian and Saudi Arabian Grands Prix. 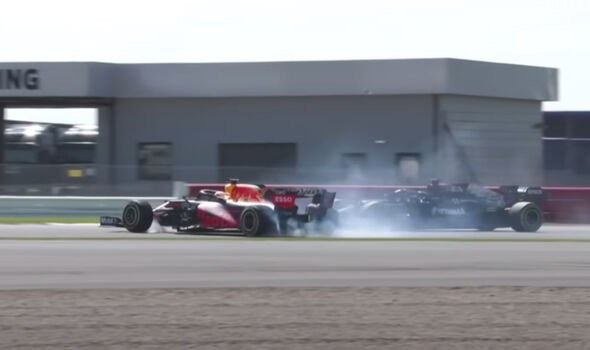 However, Verstappen claimed the incident would not have any impact on how he approaches the rest of the season.

He added: “It brings back memories but it doesn’t really influence what I’m doing right now. I’ve also hit the wall at other places. It is what it is.

“It was just not the best Sunday for me but these things happen. You just always look forward, because looking back is not going to change anything. What happened there is now behind me, and I just look ahead.”