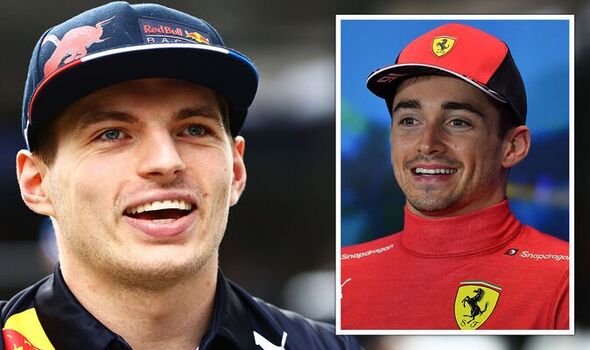 Max Verstappen and Charles Leclerc’s DRS tactics during the Bahrain and Saudi Arabian Grands Prix is a “beautiful part of the game”, according to Williams test driver Roy Nissany. Leclerc purposefully let Verstappen through into turn one in Bahrain to get a run at the Dutchman through the second DRS zone into turn four.

This worked to the advantage of the Ferrari driver who clung on to win the opening race. A week later and both drivers were at it again with Leclerc slowing down to endure he had the better run down the main straight.

Verstappen eventually caught on and the pair purposefully slowed down to a crawl in order to ensure they were last over the line. The Dutchman worked out how to master the skill and secured victory in Jeddah.

After the race, many fans took to social media to attack the new style of racing and called for the FIA to rethink the use of DRS zones.

However, Nissany defended them, claiming they created an amazing “risk and reward” battle on track.

“Which is a beautiful and amazing risk and reward to literally let the guy pass you to be able to open your wing and maybe pass him in the next straight line. It’s not that obvious that if you have the wing you’re still going to pass.

“Maybe you’re going to get a snap mid-corner, maybe the guy’s going to get a good exit out of it, a thousand other things can happen. I think it’s beautiful, it’s a beautiful part of the game, it’s not dangerous, why not.”

Nissany has also defended the DRS zones, claiming they are still needed at F1 tracks to ensure fans see overtaking He warned of the difficulties racing other cars through the corners at many high-speed circuits such as the Jeddah track.

However, the Israeli has also opened up about the effect DRS is having in junior formulae. He hinted that young stars are now learning to use the DRS as a tool during the race, something which stars such as Sebastian Vettel and Lewis Hamilton did not grow up using.

He explained: “I believe it’s necessary because it would be very very hard to overtake, almost impossible on some tracks without DRS… I say DRS is one of the most important areas in an F1 racecraft.”

Nissany added: “When you’re following a car and you’re going into a fast corner, the closer you will be to that car the further you will be in the exit of that corner. The amount of grip lost in a fast corner over 140km/h is so big that it is also hard to judge, meaning it takes some extra safety margin.

“The guy in front of you doesn’t have this disadvantage so he will always open a gap. If I want to avoid it I will keep some sort of gap but in any case I will not get closer to him.”