Fernando Alonso has apologised after calling Lewis Hamilton an “idiot” during last week’s Belgian Grand Prix. Hamilton did not leave Alonso enough space when they were battling on the first lap, the incident ending with the Briton retiring from the race After Hamilton admitted he was at fault, Alonso apologised this week for criticising him over team radio. The Alpine man said: “When you say something against a British driver, there is a huge media involvement after that but anyway, yes I apologise.

“I’m not thinking about what I said. The heat of the moment, the adrenaline of the moment, fighting finally for the top two, top three made me say those comments that I should not say.”

Hamilton and Alonso return to the track this weekend for the Dutch Grand Prix at Zandvoort.

Alonso and Hamilton generally have a good relationship off track, but they often clashed when they were teammates at McLaren in 2007.

In his biography of Hamilton, Frank Worrall revealed how the press stirred anger when they insinuated that McLaren favoured Hamilton over Alonso because he is British.

The book, titled ‘Lewis Hamilton: The Biography’, published in 2021, shared insight into the relationship Hamilton had with his Spanish teammate. 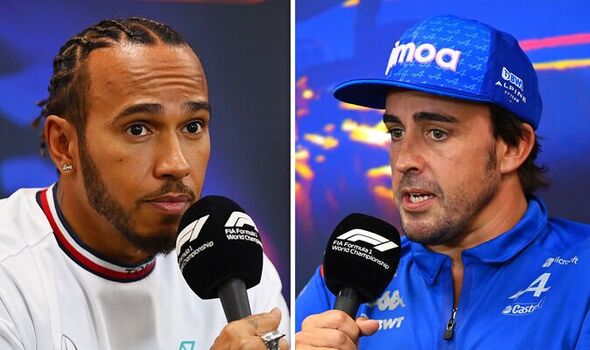 A source described in the book as an insider at McLaren at the time said: “It caused a lot of commotion when the press said we favoured Lewis because he was British.

“This was a lie; we were a team and owed everything to McLaren. Ron (Dennis, then CEO of McLaren) wouldn’t allow that to happen.

“Lewis was unique, he applied himself more than most experienced drivers and unlike the rest was touched by a magic wand — Alonso was almost always angry.”

After the book was released, Alonso addressed his relationship with Hamilton, explaining how it has changed over the years. 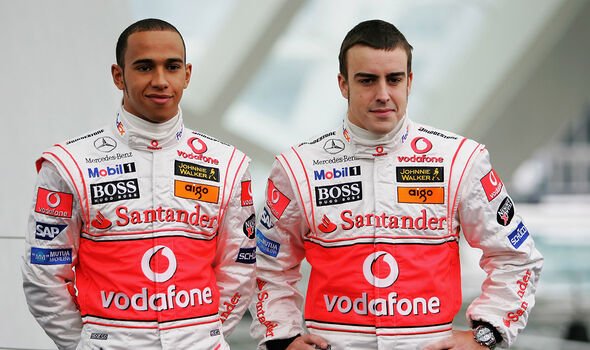 “We understood that in 2007 we were not very well managed by our bosses.

“Then we were both very young and very competitive and we needed some kind of guidance and we didn’t get it.

“Now we have this respectful relationship, but maybe it is colder than it used to be.

“We have different opinions on different things. Lewis has a different lifestyle to many of us and that separates us.” 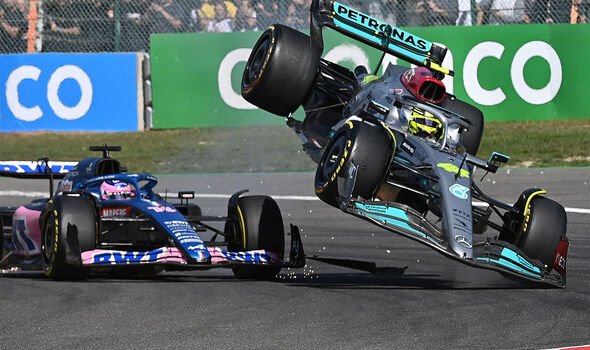 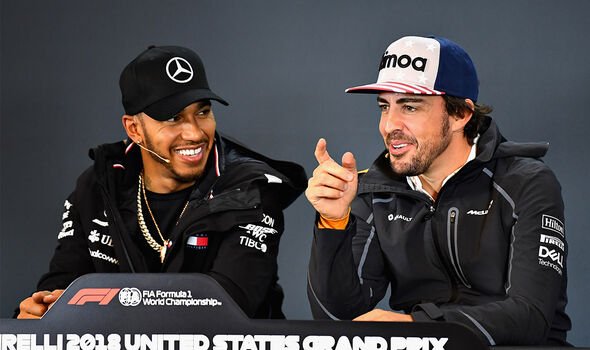 Alonso is now preparing for a new challenge after it was announced last month he will be joining Aston Martin next season.

The move raised eyebrows given how competitive Alpine have been this season while Aston Martin continue to struggle to score points.

But Aston Martin team principal Mike Krack recently told Sky Sports F1 that they did not need to convince the Spaniard to make the switch.

He said: “I think there was not so much convincing work necessary [with Fernando].

“I think Fernando has a very big network in Formula 1. He knows more or less what’s going on in every team.

I think he sees a [clear] role in our project, with the people we’re hiring with our infrastructure, but also not to forget the amount of people, good people that we already had on board.

“So from that point of view, there was no convincing work.”