Lewis Hamilton has claimed F1’s jewellery ban is “not important” and there were “bigger fish to fry” as he attacked the FIA as fears grow he could be banned from racing in front of his home crowd at Silverstone. The Mercedes star’s jewellery exemption comes to an end this weekend meaning the seven-time champion could be punished if he wears his nose stud during Friday practice.

The stewards could issue Hamilton with a series of penalties including suspending him from competing. However, Hamilton hit back at the rule and the FIA’s focus on the wrong issues but admitted he would be racing.

It comes just days after the Briton was on the receiving end of an apparent racist remark from Brazilian F1 champion Nelson Piquet. Speaking in the drivers’ press conference, Hamilton said: “With all due respect it’s kind of crazy to think that with everything going on in the world, that’s the focus for people.

“It’s worrying – we’ve got bigger fish to fry. We’ve really got to start focusing on more important areas. I will be racing this weekend. I’m working with the FIA. The matter is not massively important, I’ll work with Mohammed and his team to take the next steps forward.” 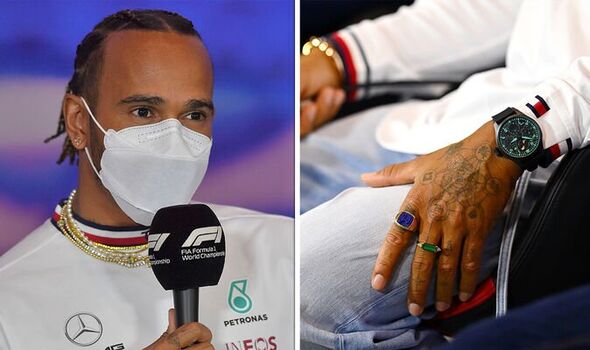 Hamilton was given an initial two race exemption from the FIA’s new jewellery ban at the Miami Grand Prix. This would take him to the Monaco Grand Prix where fears were raised he would again be punished if he didn’t take action.

However, the Mercedes star was then given a further extension to the ban which comes to an end today. Hamilton addressed the ban again at the Azerbaijan Grand Prix, claiming there was “no reason” for it to be an issue.

He explained: “Honestly, I feel like there’s just way too much time and energy being given to this. 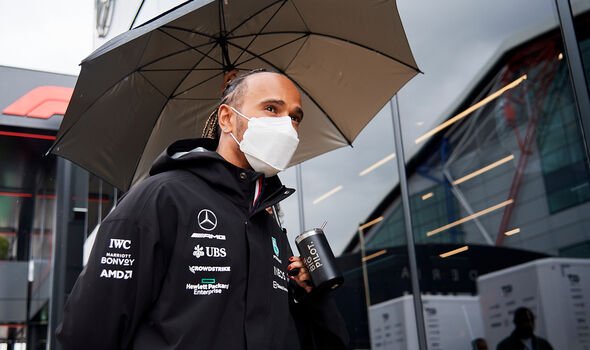 “The rule came in in 2005. I think we’ve all worn jewellery throughout our careers in Formula One. It’s not been a problem in the past and there’s no reason for it to necessarily be a problem now.” Earlier this season, four-time champion Sebastian Vettel criticised the FIA’s handling of the jewellery ban.

The German star even suggested the FIA were personally targeting Hamilton who tends to wear the most jewellery on the grid.

He said: “I think it is a bit unnecessary to blow this topic up. Probably at this stage, it is more of a personal thing and I feel, in a way, [it is] particularly targeted to Lewis.”