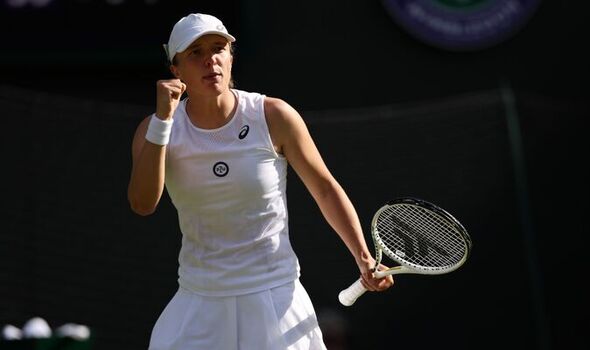 Iga Swiatek has drawn level with Martina Hingis for most consecutive wins on with the victory over Lesley Pattinama Kerkhove being her 37th consecutive triumph on tour. The world No 1 made light work of her opening round clash against Jana Fett, dropping just three games.

But Kerkhove, who was brought back into the main draw as a lucky loser, proved a much tougher competitor on Centre Court. The 30-year-old forced a deciding set against Swiatek, who appeared to be far from her best.

But Swiatek eventually got the break she needed in the third and saw out the match to progress to the third round. It’s now an incredible 37 win streak dating back to February when she lost to Jelena Ostapenko at the Dubai Tennis Championships.

That landmark sees her draw level with Swiss tennis legend Hingis, who won five Grand Slam titles in her career. But Swiatek is on course to draw level with Roger Federer if she goes all the way at Wimbledon with the 40-year-old winning 42 straight matches between 2005 and 2006. 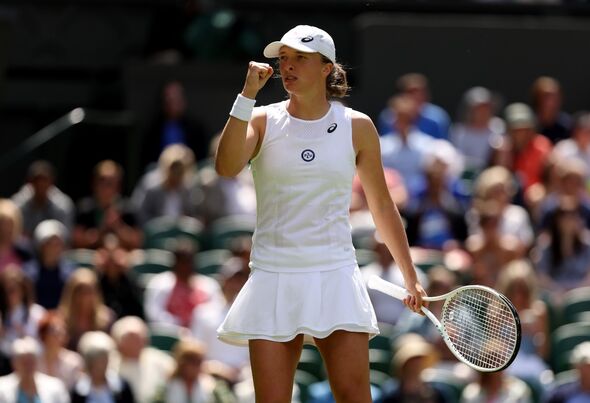 “Adding another match to this number is very special,” she said. “But when I’m out there, I’m not really thinking about that.

“I’m just trying to play the best tennis possible on grass and the result is going to come. I’m pretty happy it’s 37 now and I’m going to do my best to get even more.”

Djokovic bettered Federer’s tally between 2010 and 2011 when he went on a 43-match winning streak. But Bjorn Borg holds the men’s record for most consecutive wins when he won an incredible 53 matches in a row between 1977 and 1978.

Swiatek has a long way to go to break the women’s record held by Martina Navratilova, who went unbeaten for two years on the WTA Tour. The 65-year-old won an impressive 18 singles Grand Slam titles in her career, along with a record 31 doubles majors.

Swiatek is the strong favourite to win her first Wimbledon title, but she only managed to get to the fourth round last year. A number of top seeds are already out with Anett Kontaveit, Karolina Pliskova and Emma Raducanu all losing in the second rounds.