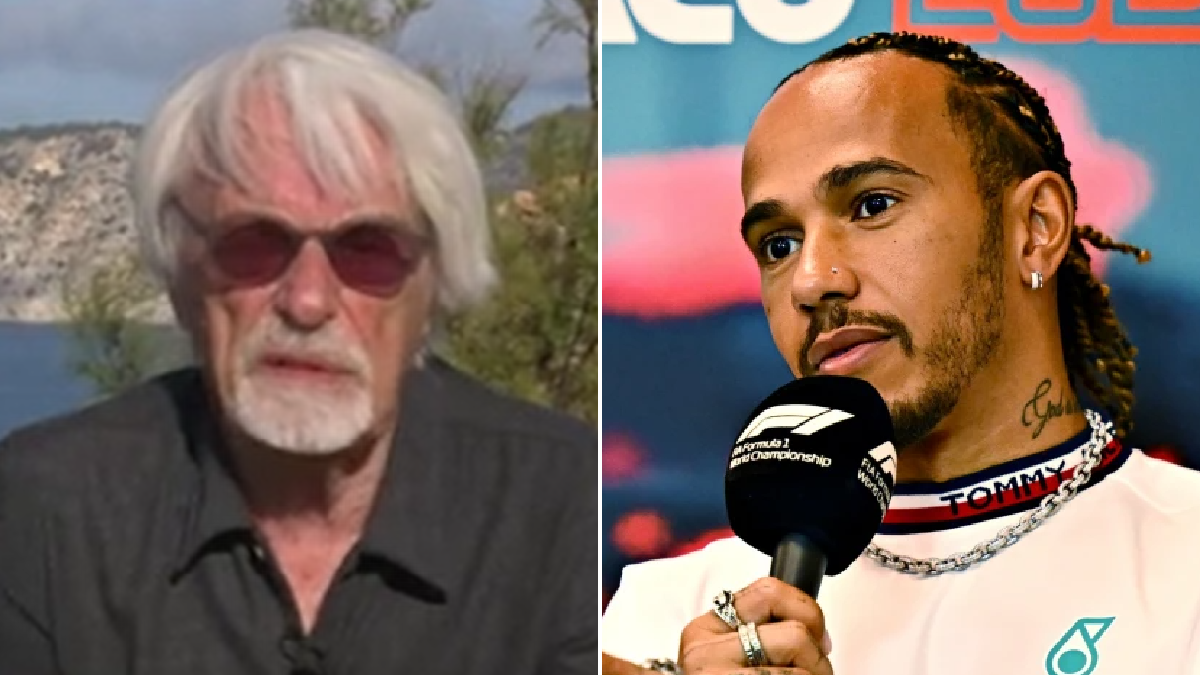 Bernie Ecclestone has risked the wrath of Lewis Hamilton by insisting the Formula One star ‘should be happy’ after Nelson Piquet apologised for aiming a racist slur at the British sporting legend.

Piquet has apologised ‘wholeheartedly’ for using an offensive expression during an interview last year when discussing Hamilton.

The former Formula One world champion was reported to have used a racial slur following the 2021 British Grand Prix, but insists the word he used had been mistranslated.

Piquet said in a statement: ‘I would like to clear up the stories circulating in the media about a comment I made in an interview last year.

‘What I said was ill thought out, and I make no defence for it, but I will clarify that the term used is one that has widely and historically been used colloquially in Brazilian Portuguese as a synonym for ‘guy’ or ‘person’ and was never intended to offend.’

Hamilton responded to the story on social media by insisting ‘archaic mindsets’ needed to change and was supported by Formula One and his team Mercedes, who both condemned Piquet.

Ecclestone, however, dismissed the incident as a storm in a tea cup and believes Hamilton should simply have brushed it aside.

He said: ‘It’s probably not something that’s appropriate with us but it probably isn’t something terrible that happens if you said those things in Brazil I don’t know what the reaction is there.

‘People say things and talk about people if they happen to be a bit overweight or undersized like me. I’m sure quite a lot of people have made remarks about that.

‘If I’d heard about it I’d have been able to deal with it without too much trouble and I’m surprised that Lewis hasn’t just sort of brushed it aside or better than that replied. But he’s now come out and Nelson’s apologised so everyone should be happy.’

On the suggestion that Formula One is endemically racist, the former F1 supremo added: I think the world has an out of date mindset, not just the sport any more than any sport.

‘A lot of things happen worse in football directly in front of cameras. I don’t know what you can do to stop people saying something that at the time would appear to be appropriate to them but might not be in reality.

‘You can’t start making rules on what people can and can’t say and I don’t know what sort of reaction he is expecting.’