Max Verstappen showed he is ready to launch his strongest title challenge yet when he pushed Lewis Hamilton to the wire at the Bahrain Grand Prix. During the gripping final few laps, Verstappen had several nibbles at the Mercedes in front of him but Hamilton crossed the chequered flag first, by the skin of his teeth.

Red Bull were quicker all weekend ahead of the first race of the season but it was Mercedes who took home the honours.

This campaign is set to be the longest in F1 history with a gigantic 23 races penned into the schedule.

Verstappen has never finished in the top three of the Drivers’ Championship and Hamilton has cruised to every title since Nico Rosberg retired following his 2016 triumph.

Seven-time world champion Hamilton has had a key advantage over his rivals in recent years and that could again sway the balance this term.

His Mercedes may not be as quick as Red Bull this time out, but there are other factors that come into play when the going gets tough.

JUST IN: Lewis Hamilton opens up on ‘horrifying’ battle with Max Verstappen 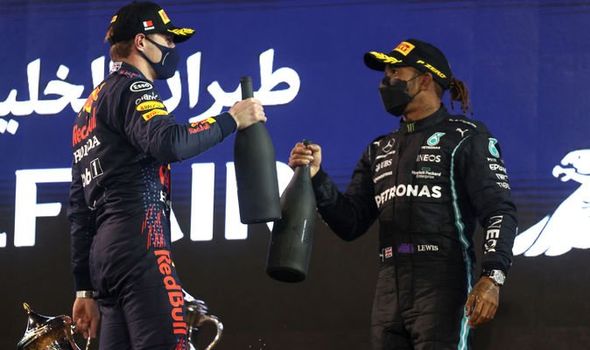 Valtteri Bottas hates being labelled a wingman but he was exactly that in 2018 when Toto Wolff ordered him to let Hamilton past at the Russian Grand Prix.

That allowed Hamilton to stretch his advantage over Sebastian Vettel in the standings.

A year later Bottas was used as a pawn during the Singapore Grand Prix to slow down the tailing Red Bull’s and allow Hamilton to stretch his lead out front.

Mercedes insist that they will give Hamilton and Bottas a fair chance of battling for the world title this year but there will always be one eye on creating history by helping the former to a record-breaking eighth world title.

If Verstappen is still in the running come the end of the season then the Silver Arrows may reluctantly have to sacrifice Bottas to boost Hamilton’s chances.

In contrast, Red Bull signed Sergio Perez for the 2021 campaign and he will not have joined just to make up the numbers.

The Mexican finished fourth in the Drivers’ Championship last term with Racing Point.

The 31-year-old has been promised that he will not be used as the No 2 driver. 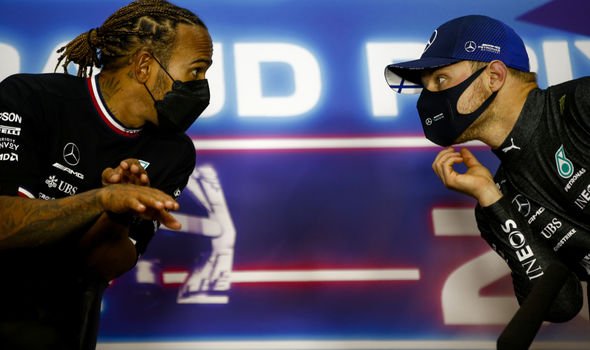 And if Red Bull order him to move aside for Verstappen then it is yet to be seen if he will follow that instruction.

Hamilton knows he will get any assistance he requires from Bottas should the title race heat up, but Verstappen could be out on his own.