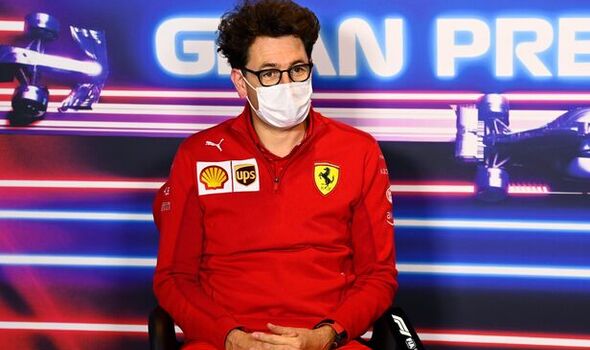 Ferrari boss Mattia Binotto has admitted to being worried by Red Bull’s current form but believes their momentum will soon be halted by the spending cap. It was the Italian giants who set the pace in pre-season and the first three Grand Prix’s of 2022, with Charles Leclerc winning two of them.

However, at Imola it was Max Verstappen who took the chequered flag, to go with his earlier win in Saudi Arabia. And in Miami the reigning world champion came from third on the grid to pass both Ferrari cars to again take victory ahead of Leclerc – cutting the Monegasque man’s lead at the top to 19 points.

Leclerc’s team-mate Carlos Sainz did take third, with Verstappen’s partner Sergio Perez fourth as the two teams continue to set the pace at the front of the grid. Indeed, the constructors’ race is now on a knife edge, with the Scuderia just six points clear of their rivals.

But it is undoubtedly Christian Horner’s team, and more specifically Verstappen, who appear to have the current momentum. And it’s a factor not lost on Binotto as he bids to help Ferrari secure a first drivers’ title since Kimi Raikkonen’s triumph in 2007.

JUST IN: Toto Wolff makes stark admission Lewis Hamilton and George Russell will not be happy with

But whilst in Miami, Binotto finally voiced in public a question Ferrari have seemingly held in private for some time – how, under financial restrictions, are Red Bull developing their car so much? “If there is a concern,” he told reporters, “it is how much they are developing considering the budget cap.

“But as well as a concern it is maybe a hope because at some stage they will need to stop, otherwise I will not understand how they will do that. We do not have the money to develop every race.”

That’s despite increased expense for teams this year in terms of an extra race and freight costs. Horner himself has questioned the latter notion, after Australia was held as an isolated race event after returning to the schedule for the first time in three years.