Daniel Ricciardo did nothing to hose down speculation there’s tension between him and Lando Norris when he hilariously called his McLaren teammate a ‘sh**head’ by accident when he got his Italian wrong following the French Grand Prix.

A solid drive from Norris saw him claim seventh with Ricciardo a further two spots back in ninth on Sunday, ensuring both drivers picked up points for just the fourth race this season.

Ricciardo was attempting to give an interview in Italian after the race when he was asked about Norris and repeatedly used the word ‘stronzo’, which translates to ‘sh**head’ or ‘a**hole’ in English. 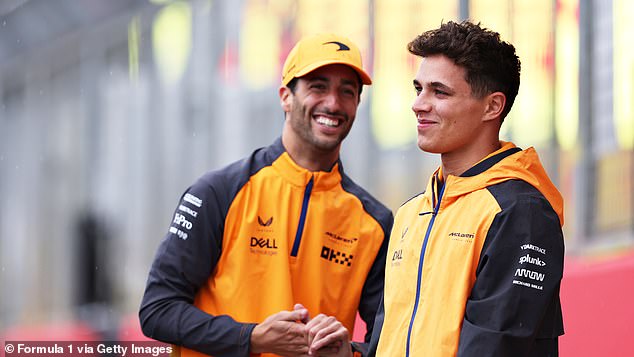 The interviewer desperately tried to help Ricciardo save face, with the animated Australian doing his best at using his language skills, or lack thereof.

‘Is it not a good word?’ Ricciardo asked.

‘It is a bad word … more bad than good,’ the interviewer told him.

This is despite the fact his father, Giuseppe – better known as Joe – was born in the Sicilian city of Messina before emigrating to Australia. 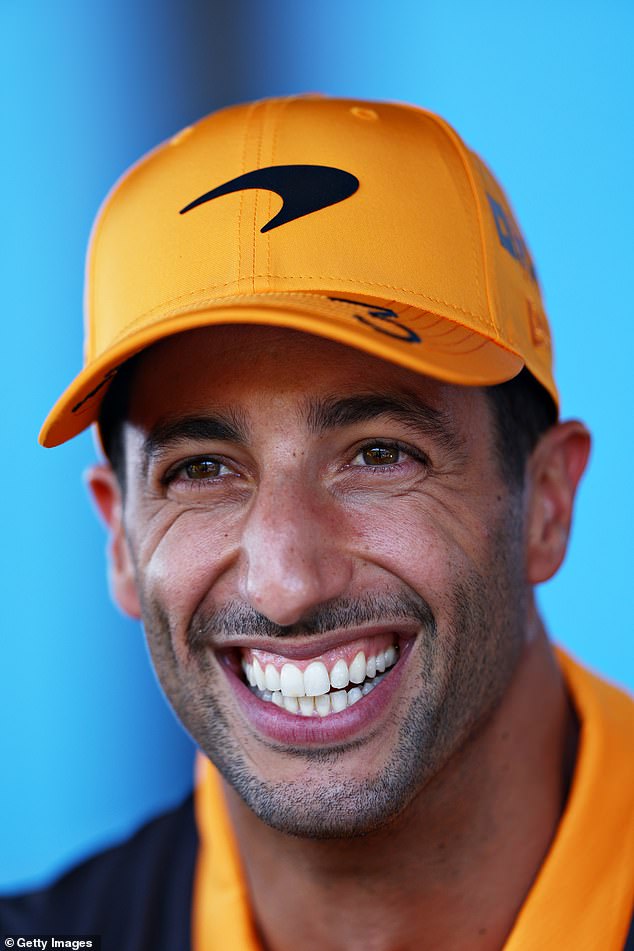 Daniel Ricciardo was in fine form post-race, cracking up two different interviewers up

It’s not clear what he was trying to say, but he did appear to be trying to pay his teammate a compliment after what was a solid performance by the team.

The interview, posted on Twitter, subsequently went viral to the hilarity of Italian speakers around the world, with one writing in Italian Ricciardo ‘looked like a child when they learn a swear word.’

The Aussie was in typically hilarious form after the race, cracking up Sky Sports commentator Rachel Brookes with a cheeky quip. 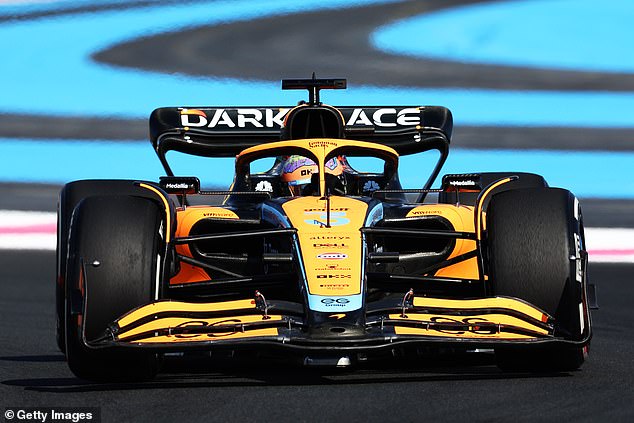 Daniel Ricciardo finished ninth in his McLaren, two places behind Norris in a solid result for McLaren given their struggles this season

She asked Ricciardo after the race if he felt stuck in an ‘Alpine sandwich’, after Fernando Alonso and Esteban Occon finished either side of him.

‘Yeah, I do think they were quicker today. I would probably call it an Alpine baguette if we’re being geographically correct,’ Ricciardo laughed.

‘Would you? Oh because we’re in France. A baguette doesn’t have any filling,’ responded an amused Brooks.

‘Yeah it does. You can have a ham and salad baguette,’ Ricciardo said, cheekily. 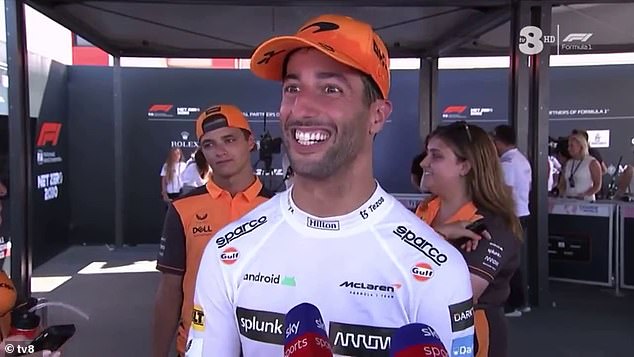 Ricciardo, who started 11th on the grid, had a disappointing practice leading up to the race, but he and the troubled McLaren car made it to the finish unscathed – a rare occurrence this season.

It might not have been the outstanding result he and McLaren would have been hoping for prior to the weekend, but F1 legend Nico Rosberg said Ricciardo should be happy enough.

‘I think it would be good to praise Daniel on his weekend because in qualifying, he was just over a tenth (of a second) away from Lando,’ he said on the broadcast.

‘Now in the race, on race pace he’s right there with him, stuck behind him. I think it’s a good weekend for Daniel. He’s on the right track to finding his way again.’ 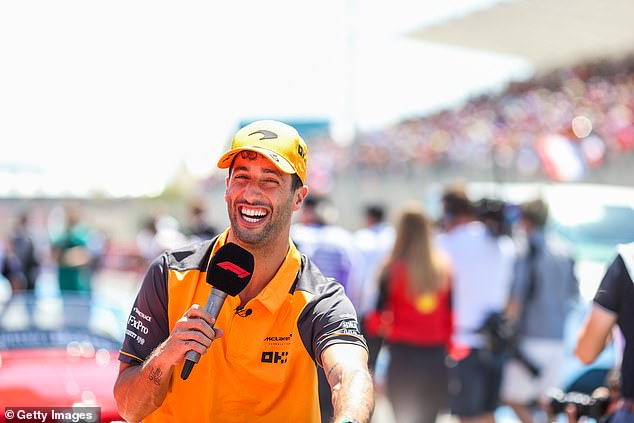 Norris and Ricciardo will look to improve on their fortunes next weekend, at the Hungary GP, a track that doesn’t hold fold memories for the pair.

Last season, Norris bombed out after being hit from behind by Valteri Bottas on the first lap, while Ricciardo finished a full lap behind after also being involved in a collision.

The F1 circus will head to Monza for the Italian GP from September 9-11.