Madison Square Garden says it has banned a New York Rangers fan for life after he was seen punching a Tampa Bay Lightning fan in the face following Thursday’s Game 5.

According to video posted on social media, the Rangers fan turned and punched the Lightning fan, sending the person to the ground, as they were walking through the concourse after Tampa Bay’s 3-1 win. The assailant appeared to leave the area while other people attended to the attacked fan.

“We are cooperating fully with law enforcement as this is now a criminal matter. The assailant will also be banned from The Garden and all other MSG venues for life,” MSG said in its statement. “All guests — no matter what team they support — should feel safe and respected in The Garden. This has and always will be our policy.”

Police confirmed to multiple outlets that a 29-year-old Staten Island man had been arrested on two counts of assault, disorderly conduct and harassment.

The Lightning hold a 3-2 lead in the best-of-seven series. If the Rangers win Saturday, Game 7 would be held at Madison Square Garden on Tuesday. 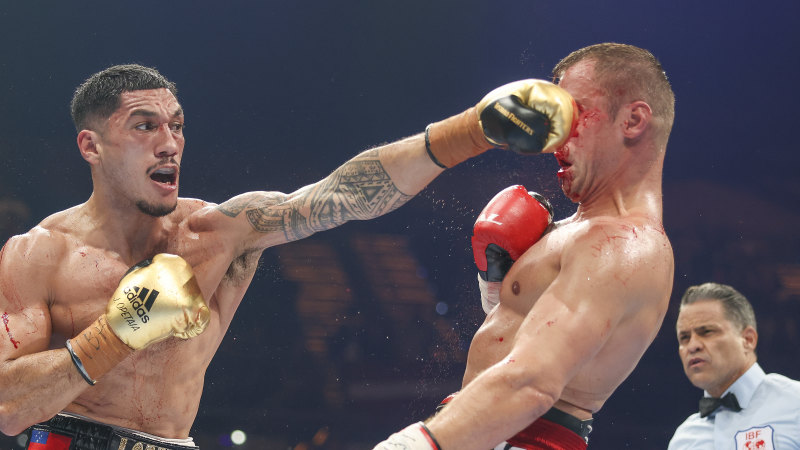