Scottish player Ojabo picked by the Ravens in NFL Draft

Scotland’s David Ojabo has been selected by the Baltimore Ravens in the second round of the 2022 NFL Draft in Las Vegas.

The 21-year-old linebacker, who was raised in Aberdeen after moving from Nigeria aged seven, had been projected as a first-round pick before tearing an Achilles tendon in March.

Ojabo suffered the injury during a pro-day workout drill at Michigan University and it proved enough for teams to pass on him on day one of the NFL’s annual event. 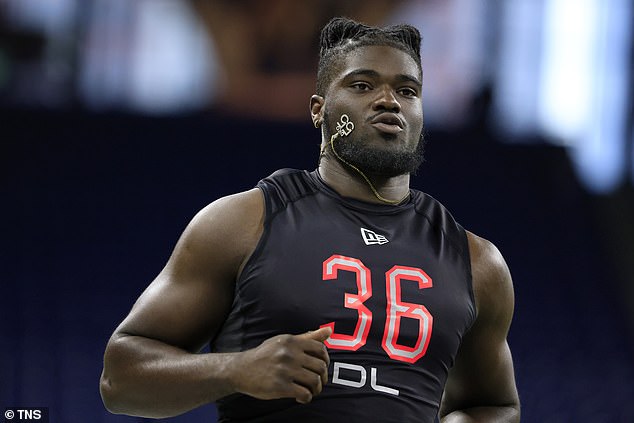 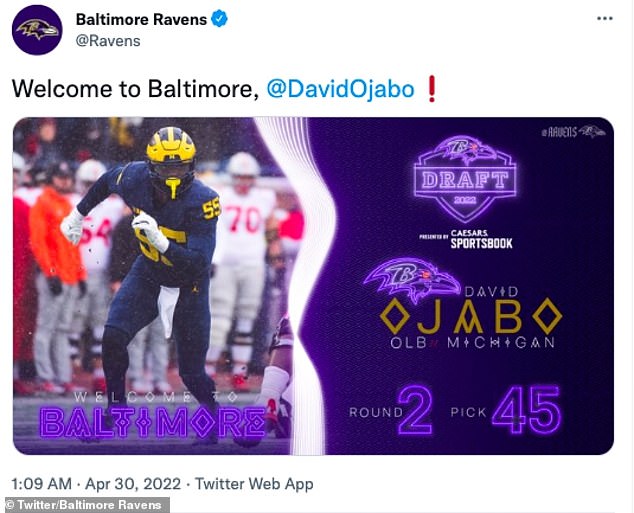 Ojabo was the 45th pick in the second round of the Draft, which is taking place in Las Vegas

But his slide stopped when he was taken with the 45th pick on Friday.

Ojabo had not played the sport when he moved to America to go to a New Jersey high school, where he played basketball before being encouraged to give American football a go aged 17.

He learned quickly and a year later was playing for the University of Michigan’s team, the Wolverines. 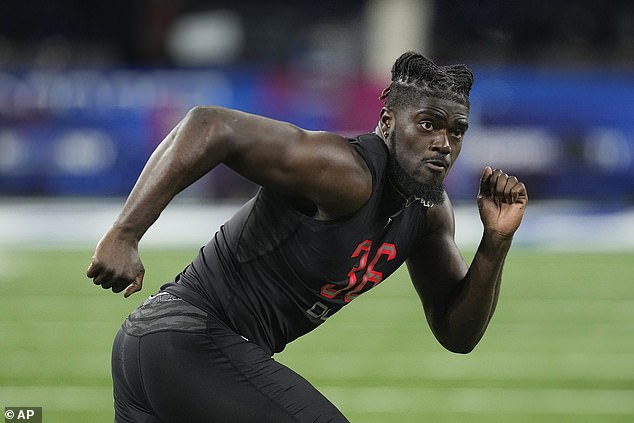 Last year he starred, making 11 sacks and helping his side win the Big 10 Championship.

His team-mate and fellow defensive end Aidan Hutchinson was selected by the Detroit Lions with the second overall pick on Thursday.

Ojabo had his parents with him for the draft, after they were flown out from Aberdeen to surprise him.