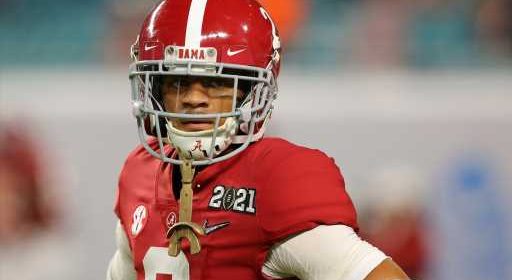 Ryan, how do you think the draft/personnel evaluation process will change under new Broncos general manager George Paton compared to John Elway? Do you think Denver’s future drafting will improve?

Tough to say what Paton’s approach will be — philosophy, willingness to trade up/trade down, stick to the board, draft for need — until he has completed his first offseason in the big chair.

Among Elway’s final five drafts, 21 of the 42 picks remain under contract, including all 10 from 2020 (as expected), but only two of 16 from the 2016-17 drafts (safety Justin Simmons and left tackle Garett Bolles). The Broncos are still paying the figurative penalty for misses like defensive end DeMarcus Walker (second round, ’17), cornerback Isaac Yaidom (third round, ’18) and, of course, quarterback Paxton Lynch (first round, ’16).

On the plus side, Elway didn’t leave Paton with a completely empty cupboard of controllable, rookie contracts. Currently, 10 former Broncos draft picks are starters on their rookie deals.

One thing to watch is Paton’s wheeling and dealing. He was Minnesota general manager Rick Spielman’s long-time assistant general manager and last year, Spielman moved around the board to finish with 15 picks.

If the Broncos have Mike Shula as the dedicated quarterback coach, why has Drew Lock regressed? No consistency!

Lock worked with quarterbacks coach T.C. McCartney and offensive coordinator Rich Scangarello in 2019 and they were replaced by Shula (quarterbacks) and Pat Shurmur (play-caller). The Broncos will have the same offensive system in consecutive years for the first time since 2015-16.

There seem to be a number of evaluators who are high on Alabama quarterback Mac Jones, who, while being limited athletically, is raising expectations that he may even go in the top 10. The Broncos — with what appears to be a top-10 defense and some serious weapons on offense — look like they are ready to take a major step forward, but are still handicapped by having a bottom-10 quarterback in Drew Lock. Wouldn’t it make more sense to take a chance on Jones, who is much further along mentally than Lock and by all indications more of a student of the game? There is no denying what Tom Brady has accomplished despite having been hampered by limited athleticism.

First off, there has been no evidence Lock struggled to pick up the offense in either 2019 or ’20 and there is also no indication he doesn’t have the required work ethic. In fact, it’s probably closer to the opposite.

OK, about Jones. San Francisco’s trade from No. 12 to No. 3 with Miami last Friday signaled quarterbacks will go 1-2-3, definitely Trevor Lawrence at No. 1 to Jacksonville and likely Zach Wilson at No. 2 to the New York Jets.

The 49ers don’t give up huge freight (led by first-round picks in 2021-23) to move up to a) take a non-quarterback and b) have a really good feeling that Jones, Justin Fields or Trey Lance can succeed in Kyle Shanahan’s offense.

Would it make sense to take Jones at No. 9? Absolutely … but it’s doubtful he’ll be available. If the 49ers take Lance, Atlanta at No. 4 should take Fields/Jones and a team (Carolina at No. 8) should try to trade up with Cincinnati to take the fifth quarterback.

In light of recent allegations, should the Broncos pause their pursuit of Deshaun Watson?

I know my email inbox has experienced a pause in questions about trading for Watson, the star Houston Texans quarterback who has requested a trade, but is currently embroiled in nearly 20 sexual assault lawsuits.

Watson’s next stop could be the commissioner’s exempt list, which is essentially a paid suspension and a place-holder for Roger Goodell before the legal process is completed and game suspensions can be administered.

So many questions and comments … As I put on my armchair GM hat, here is what I am thinking: 1. Sign outside linebacker Jadeveon Clowney (one-year at $9 million-$10 million or three years at $33 million). … 2. Get left tackle Eric Fisher if it’s for three years and no more than $33 million. Fisher signs and is redshirted and move on from Ja’Wuan James and plug in a healthy Fisher at right tackle. … 3. I’m thinking about trading down from No. 9 and picking up Penn State’s Micah Parsons (character issues?) or Notre Dame’s Jeremiah Owusu-Koramoah.

I summarized Todd’s mailbag questions so I can address his suggestions point-by-point.

1. Clowney. He had no sacks last year for Tennessee and so far, he doesn’t have a free-agent market (he visited Cleveland last week). No thanks.

2. Fisher. He tore his Achilles in Kansas City’s AFC title game win over Buffalo and was released to create salary cap space. An interesting thought, but the better course would be drafting a right tackle and get him ready to replace James next year.

3. Trading down to take linebacker. Entirely possible. If the Broncos don’t want to draft a cornerback at No. 9, they can trade down 5-7 spots and maybe still get Parsons and Owusu-Koramoah. Parsons has a character red flag — accusations of hazing young players, which is inexcusable and would push him way down my draft board.

I remember John Elway’s first two seasons and Drew Lock’s numbers were better in his first two seasons. No, I’m not saying Lock is better than Elway. What I’m saying: With this defense to practice against and a solid year with Courtland Sutton, Noah Fant, Jerry Jeudy, Tim Patrick, Albert Okwuegbunam and KJ Hamler, along with Melvin Gordon out the backfield, why can’t Lock have one of the greatest turnarounds ever?

The difference is Elway went 12-2 in ’84 and reached the playoffs (lost to Pittsburgh).

But I’m with you, Richard, and the longer the Broncos don’t acquire a quarterback, the more it means Paton and Co., want to give Lock another shot to start in Week 1.

Getting Sutton back from his torn ACL will be huge and I think is the biggest factor in giving Lock a chance at success.

After the free agency signing of cornerback Ronald Darby, do you see the Broncos going away from the potential of drafting Caleb Farley or Patrick Surtain II (at No. 9) and moving elsewhere? If so, what position will they address?

It was pretty easy a month ago to mock a cornerback to the Broncos at No. 9 (I had them taking Virginia Tech’s Farley). Paton also knew he needed to add cornerback help before the draft so enter Darby (three-year deal) and Kyle Fuller (one year).

Now Paton has options … lots of them. He can stay put, stick to his board and take the best player available (if it’s a cornerback). He can trade down and still add a cornerback or go with a linebacker. As I wrote on Sunday, a wild card is tight end Kyle Pitts sliding to them at No. 9.

If I had to put $5 on the table, I say Paton trades down, but still drafts defense.