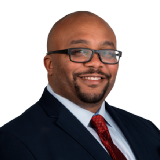 Despite posting the league’s best record in each of the past two seasons, making key additions in Jrue Holiday and P.J. Tucker and posting the No. 2 net rating in the league, the Milwaukee Bucks remain at least somewhat underrated as true NBA title contenders, overshadowed by teams such as the Brooklyn Nets, Philadelphia 76ers, Utah Jazz and Los Angeles Lakers. The Bucks are tied for the fifth-best championship odds, per Caesars Sportsbook, and they’re less often discussed as one of the true top-tier teams compared to a year ago.

Part of that is understandable: This Milwaukee group has been unable to translate past regular-season success into Finals trips. But the Bucks continue to place among the top teams in the league in ESPN’s Basketball Power Index (BPI), currently ranking third overall, with the fifth-best playoff-adjusted BPI (behind the Jazz, Nets, Lakers and 76ers).

Why is BPI so high on the Bucks? Even with some superteams standing in the way, let’s explore the case for Milwaukee as the East’s best team — one with a much better chance to break through in the postseason this time around.