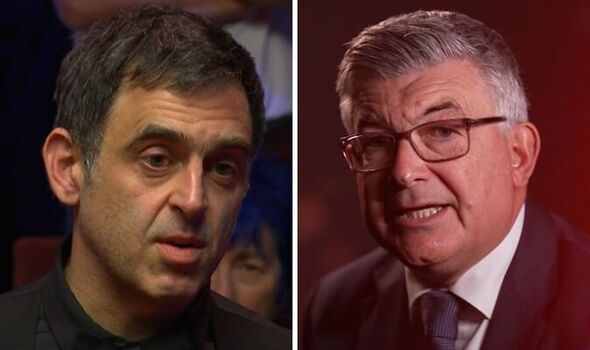 Ronnie O’Sullivan has often stated how often he skips practice in between major tournaments, but John Parrott doesn’t believe a word of it following the World Snooker Championship final on Monday. O’Sullivan was playing in his eighth World Championship final with his only defeat prior coming against Mark Selby back in 2014.

He moved to six world titles with a dominant win over Kyren Wilson in 2020 and had his first chance at equalling Stephen Hendry’s record of seven in this year’s event. O’Sullivan quickly raced to a strong lead after Sunday’s evening session, before Trump mounted a comeback.

But the 46-year-old held his nerve to seal the historic win before bursting into tears at the Crucible. O’Sullivan called his win over Trump the best of his career after the match and confirmed he will be back next year to defend his crown.

How much O’Sullivan actually practices between now and then remains to be seen given his public attitude towards training. But 1991 world champion Parrott feels O’Sullivan is not telling the whole truth when he talks about practicing.

“Don’t listen to him saying he doesn’t practice,” Parrott said on BBC. “He is in the club grafting like a Trojan, he puts the hours in and he wants to win.”

At that point in the match, O’Sullivan needed just one frame to seal his record-equalling seventh World Championship. And Parrott doesn’t think there will ever be anyone as talented as the 46-year-old to play the game of snooker again.

“You will never see anyone like him again,” he said. “He’s the best player I’ve ever seen.

Speaking after O’Sullivan’s win, Parrott added: “He is a player for all ages. He is the most talented player we’ve seen in the sport and this is just rewards for his talent.

“He’s looked the winner from the start and he’s been brilliant to watch.

“I think he’s the most talented sportsman in Britain. This is Tiger Woods level. He has 21 majors, seven in all of the big ones, and plays to a level a lot of players can never aspire to.”