Joanna Jedrzejczyk has put pen to paper on a new six-fight deal with the UFC and wants to see out her career with the organisation.

The former strawweight champion begins her new bumper deal with a highly anticipated rematch against Zhang Weili at UFC 275 on June 11.

She told MMA Fighting: ‘It’s a multiple-fight deal. I always said that I want to retire in the UFC, and of course people would love to see me doing this or that after, but I feel like if I retired from MMA, I would retire from the UFC, the best MMA league in the world. 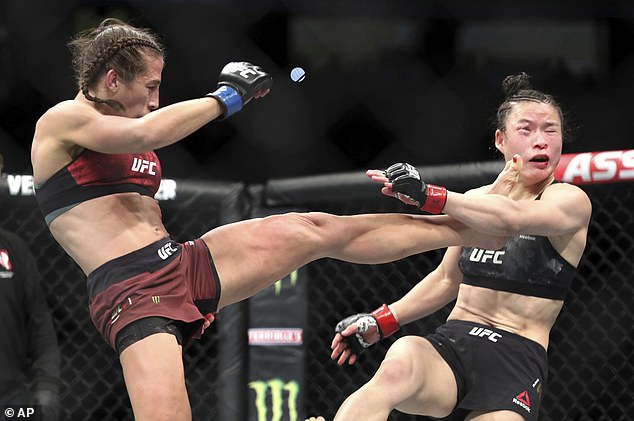 ‘I don’t want to go somewhere and fight for this bigger money. Money is not everything.

‘I’ve saved enough money for myself, for my kids, for my grandkids probably, but it’s not only about the money.

‘You need to have this pride in you and you have to know what to do and how to prioritize some things. This is what I’m trying to do.

‘I’m happy where I’m at right now,’ Jedrzejczyk said. ‘It’s not only the money I can get for the fight, but also some bonuses and some exposure, how I can make some ways to make it work so I can get more connections, more business relationships.

‘This is how I look at it. Every sponsorship deal that I sign, I don’t look only at the numbers. 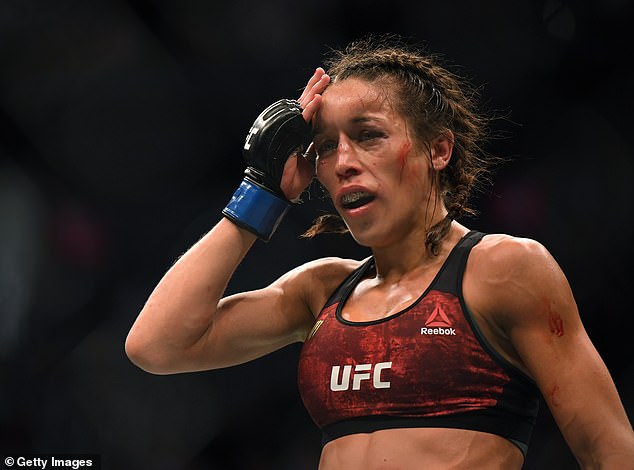 ‘I look at the exposure — how much money they want to invest, whether they want to put my face, my body, if it’s going to be billboards, TV, media exposure.

‘I always calculate and see these things. It’s not just about the zeroes, it’s about the investment from the other side. I’m very happy where I’m at right now.’

The former champion is regarded by many as one of the greatest female fighters to have graced the UFC.

She has stuttered in recent fights with two wins and two defeats in her last four.

A victory in the rematch with Weili will once again put her back in contention compete for the strawweight title later this year.