EXCLUSIVE: Holmes says there should be a 'size limit' on heavyweights

EXCLUSIVE: Boxing legend Larry Holmes says there should be a ‘size limit’ on heavyweights after ‘giant’ Tyson Fury took over the division… and admits to taking advantage of Muhammed Ali and fighting Mike Tyson for the money

Former professional boxer Larry Holmes says fighters from the UK are dominating the heavyweight scene due to their height and size, claiming ‘American guys are little now’.

Holmes achieved legendary status in the boxing world after completing a sensational career that saw him defeat Muhammad Ali in 1980 and hold the WBC heavyweight title from 1978 to 1983.

Holmes remain adamant that his era of fighters would have dominated the likes of Tyson Fury but revealed his surprise at the size of the 6ft 9inch Gyspy King and joked that there should be a ‘size limit’ on the heavyweight division. 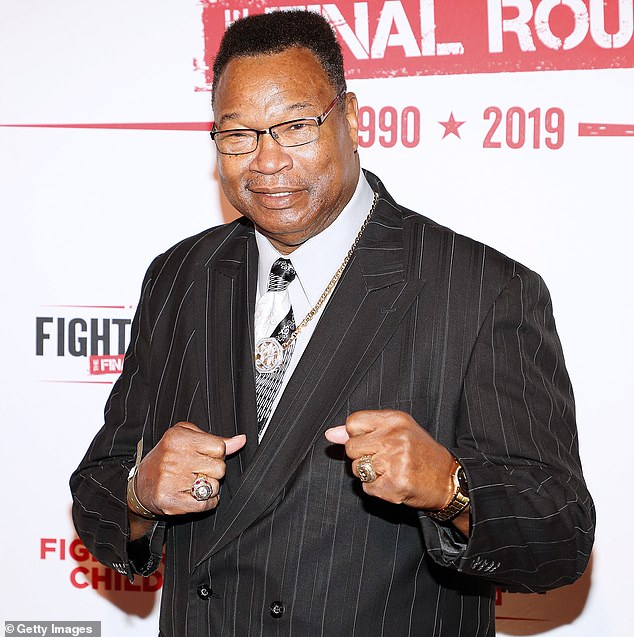 Speaking about the size of the current athletes in the heavyweight division on the Gary Newbon Sports Show with Jewson, Holmes said:  ‘American guys are little now.

‘Those guys coming from over there (UK), they seem like they’re giants! They are taking over. I can’t blame them. They are big boys and they are making something out of themselves.’

The 72-year-old went on to joke: ‘There should be a law or a limit on the size you can be. Maybe 6ft 5 max. These guys are growing man. I don’t what they are eating but they are eating something that is making them grow.’ 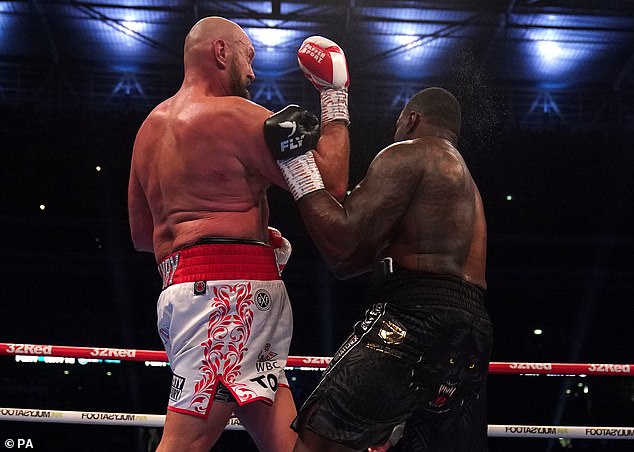 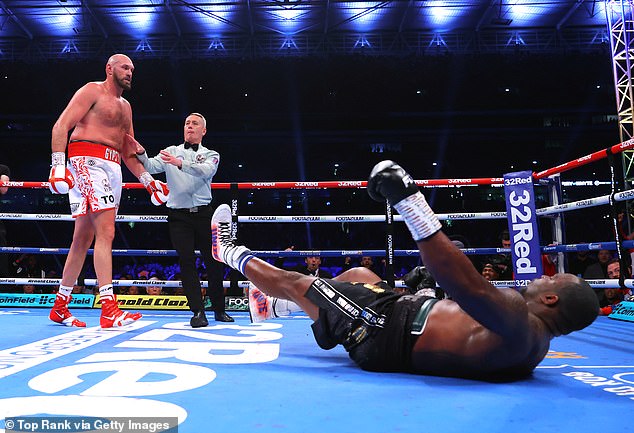 However, the former professional boxer – who competed from 1973 to 2002 – did claim his generation were the best in the business.

He said: ‘The greatest fighters that have ever fought were those that boxed in the 70’s and when I was fighting. You had the Muhammad Ali’s, the Kenny Norton’s, the Joe Frazier’s.

Holmes went on to speak about the time he beat Muhammad Ali in a temporary arena erected outside Caesars Palace in Las Vegas on October 2, 1980.

Holmes had ascended to the WBC heavyweight title, one of the several belts which had been in Ali’s possession previously, and was becoming acknowledged as a great world champion in his own right. 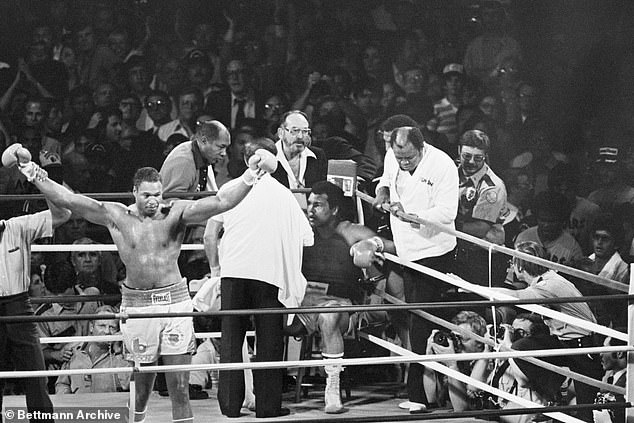 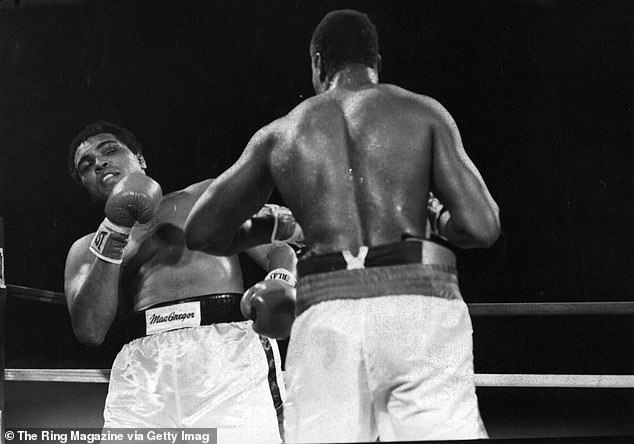 However, Holmes – who was making the eighth defense of the WBC heavyweight title – said he ‘took advantage’ of Ali as he had been employed as the heavyweight’s sparring partner between 1971 and 1975.

Holmes’ fight with Ali was dubbed as ‘The Last Hurrah’ by promoter Don King and saw the Easton Assassin dominate The Greatest for ten rounds before Angelo Dundee called for the fight to be stopped.

Holmes went on to retire after losing a 15-round split decision against Michael Spinks at Las Vegas April 19, 1986. However, he returned to action to face Mike Tyson in a blockbuster bout. 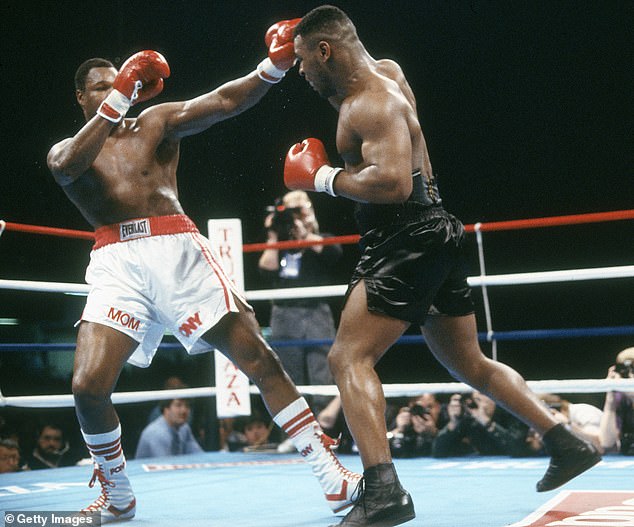 Their fight lasted just eight rounds before Tyson won by technical knockout. Speaking about the fight, Holmes said: ‘I thought I could beat Mike Tyson at that stage because I was ready to fight on.

‘I knew Mike Tyson was going to beat me and I put that in my head. And, I still said let’s go and do it. Even if I don’t win, I still get £3million dollars out of the deal. Then we went to work, and he beat me. He stopped me.’