It was a bittersweet moment for Derby-winning jockey Dwyer as he had to watch PJ McDonald partner his regular mount, an 18-1 shot jointly trained by his father-in-law William Muir, while he continues to recover from a serious knee injury.

Dwyer said: ‘I was delighted for the team but it was tough to sit on the sofa looking at my swollen knee and watching the race. 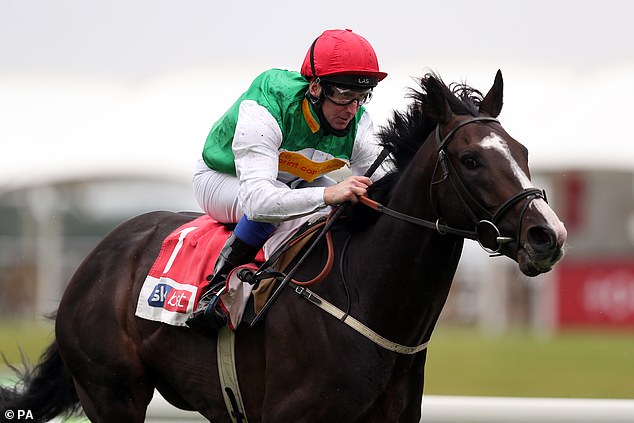 ‘I don’t know whether it is just me being grumpy but I am getting annoyed about the whole underdog thing which is a bit ridiculous now. Pyledriver is a very good horse and has been running in the best races for the last two years. He is not going to win every race he runs in but how many horses do apart from Frankel, Sea The Stars and now Baaeed?

‘He beat an Arc winner in Torquator Tasso on Saturday and an Irish Derby winner in Westover. What more does he have to do?’

Dwyer praised McDonald’s ride having talked tactics with his substitute before the race. He said: ‘Hopefully PJ can continue to ride him while I am off. He rang me and we ran through the race but he made his own decisions. He sat back off Broome and Westover and let them cut each other’s throats up front. It was a very astute ride.’

The fact that Pyledriver’s dam La Pyle was a low-grade hurdler and he was unwanted when put up for sale by his owner breeders at the yearling sales added to the romance of Saturday’s victory. 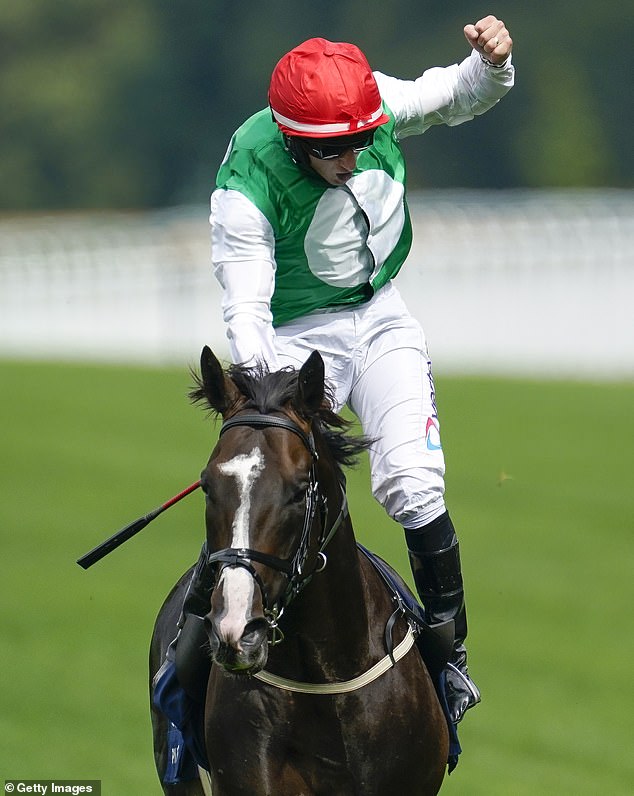 The son of Harbour Watch, who has won seven of his 18 races and more than £1.8m in prizemoney, will head to the Prix de L’Arc de Triomphe at Longchamp on October 2.

Dwyer, 47, is working hard on his rehabilitation but looks unlikely to be back in time to renew his partnership with Pyledriver after he severed his cruciate and medial ligaments in a gallops fall in March — in which he was also knocked unconscious.

Dwyer said: ‘I am doing everything I can and listening to experts. I can’t put full weight on my knee yet and I am just concentrating on the next target, which is walking without crutches.

‘I wish I had just broken my leg because it would have been a lot more straightforward. After the fall my knee had to be left for eight weeks for the swelling to go down before I had surgery. ‘That was two months ago. People keep asking me how I am getting on. You get a bit fed up with answering the question.

‘Once I get the knee to weight bearing I think I will be at the top of the hill and I will have achieved something. I am hoping I can then move faster quicker.’