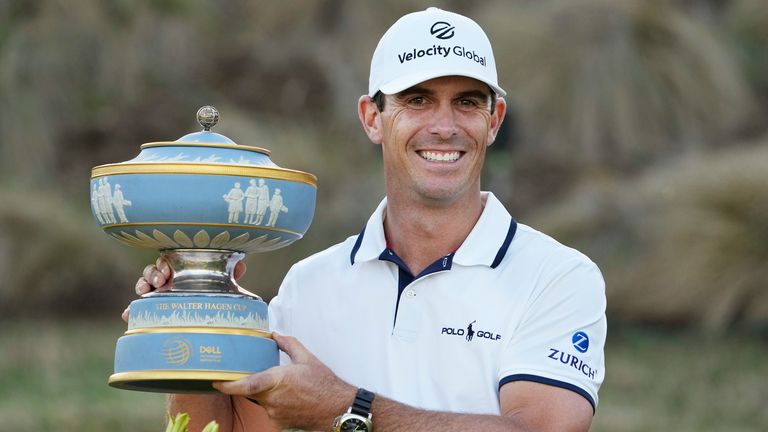 Billy Horschel claimed his first World Golf Championship title with a 2&1 victory over Scottie Scheffler in the final of the WGC-Dell Technologies Match Play at Austin Country Club.

The 34-year-old kept the pressure on his 24-year-old opponent in an attritional match, which featured only two birdies, to secure his sixth PGA Tour title at the 17th hole after almost four hours out on the course.

Horschel, the 32nd seed, had beaten Frenchman Victor Perez 3&2 in the morning semi-finals, to set up the clash with 30th-seed Scheffler, who had edged out Matt Kuchar 1up in the last four.

Scheffler, the 2020 PGA Tour rookie of the year but still seeking his maiden win, had been in impressive form in his three previous matches over the weekend but he was a little ragged against his more experienced rival.

Texan Scheffler, who had plenty of crowd support this week on his tournament debut, was handed an early lead at the second when Horschel pulled his drive into a ravine.

Horschel, who is hoping to make his Ryder Cup debut later this year, got back on level terms in style by chipping in for a birdie on the fifth and looked set to win the next following a wild drive by his opponent. However, after taking a penalty drop away from a fence, Scheffler scrambled a par five and Horschel was unable to make a winning birdie after a poor approach.

A par was enough for Horschel to win the seventh and move into the lead for the first time with Scheffler now battling to make his par on every hole and failing to do so at the ninth where he three-putted from 95 feet.

The pair had managed only two birdies between them on the front nine, despite the early blustery winds now easing, and the scrappy play continued after the turn with the slow pace of play becoming even more noticeable.

Scheffler found water with his second shot into the par-five 12th for the second time in the day but he still spurned a chance to win the hole after Horschel had made a bogey after dumping his third into a greenside bunker. A wild drive from Scheffler at the 13th cleared the hospitality stands and landed on the 15th green, but a line-of-sight drop enabled him to halve the hole in par.

Scheffler missed another chance to reduce the deficit at the 14th as his five-foot birdie putt slid by and he then clattered his drive into the stands down the left of the 15th fairway, although once again he was allowed a free drop as the hole was halved.

The par-five 16th saw Scheffler push his drive miles right into the trees this time but he still made the green in three and two-putted for a par which was matched by Horschel after he once again found sand with his third shot.

Horschel then missed a 24-foot birdie putt to win the 17th but Scheffler was also off target from 11 feet and so the title belonged to Horschel.

Kuchar continued his return to form as he secured third place by beating Perez 2&1 in the play-off for third/fourth.

Perez made a triple-bogey seven to lose the first hole but bounced back with a birdie on the second to level.

Perez, who will have done his Ryder Cup hopes no harm at all this week, refused to buckle and fought back by winning the 13th and 14th but the next three holes were halved in pars as Kuchar wrapped up the win on the 17th. 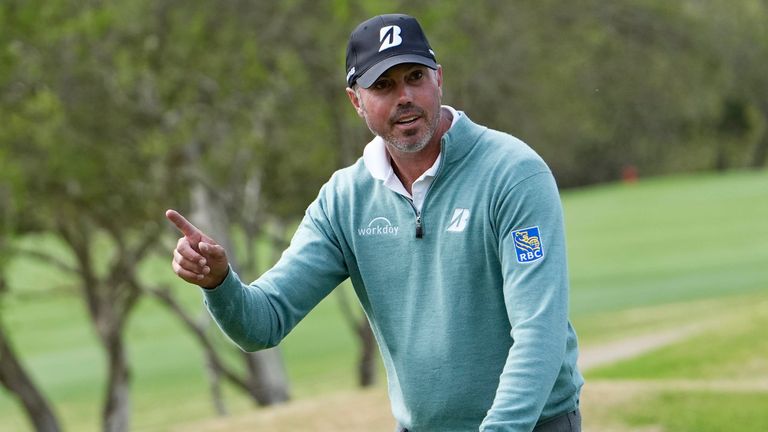 Kuchar, who had lost his unbeaten record this week in the semi-finals, said: “Certainly it was anti-climatic playing in the afternoon match, but once you get out, once you get going, the juices get going and you don’t want to lose. So it was a good battle with Victor in the end, but it’s a tough match to be a part of.

“I’m as pleased as I’ve been in a long time. I feel like I kind of can step up and know where the ball’s going again. My misses aren’t near as bad as they were the last few months and when your misses are in play, you got a chance to shoot some decent scores.”