Colin Montgomerie hit out at the ‘ridiculous’ pace of play as Billy Horschel defeated Scottie Scheffler to win the WGC-Dell Technologies Match Play.

In the third consecutive all-American final, Horschel recovered from an early deficit to beat Scheffler 2&1 in the final at Austin Country Club and secure the first prize of £1.3million.

The 34-year-old had earlier beaten France’s Victor Perez 3&2 in the semi-finals before Scheffler beat Matt Kuchar by one hole in a match which took four hours and eight minutes to complete in windy conditions. 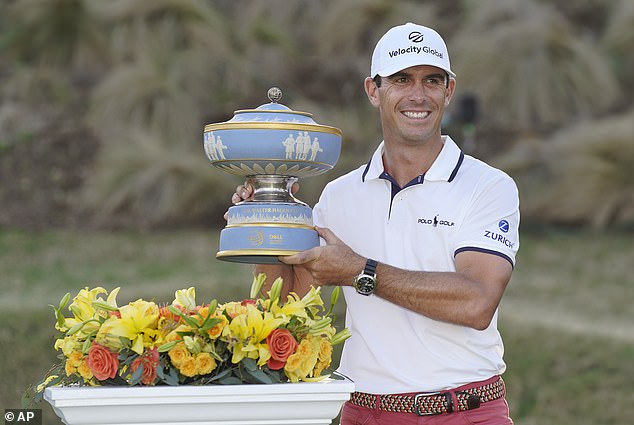 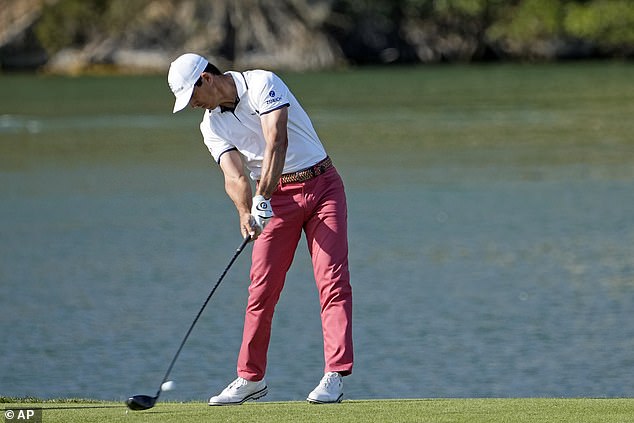 ‘No one in front of them. Green reading books, lining up the lines on the ball. Really annoying me. And Matchplay is the fastest form of golf. Something has to be done #slowplay.’

In response to an image of both players and their caddies consulting their yardage books, Montgomerie added: ‘All four have their yardage books out. They’ve played the hole with practice 9 times this week. Stood there for two minutes doing nothing! Slow play needs to be penalised #slowplayruiningthegame.’

Scheffler, who had plenty of crowd support as a native Texan, drew first blood in the final when Horschel bogeyed the second hole after pulling his drive into a ravine.

Horschel got back on level terms in style by chipping in for a birdie on the fifth and looked set to win the next following a wild drive by his opponent. 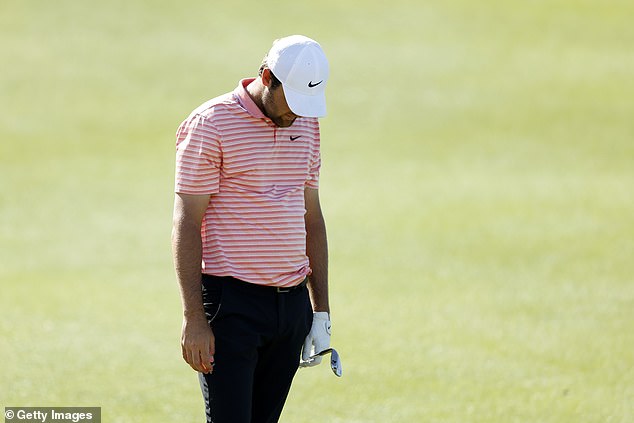 Despite having lots of crowd support as a Texan, Scheffler could not emerge victorious 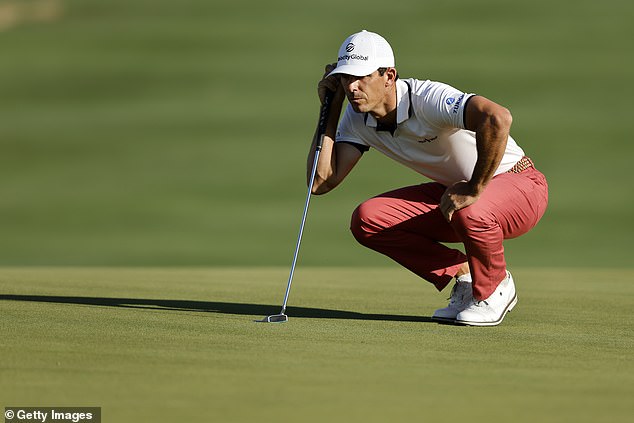 Horschel bogeyed the second hole but soon found his rhythm, getting a birdie on the fifth

However, after taking a penalty drop away from a fence, Scheffler scrambled a par five and Horschel was unable to make a winning birdie after a poor approach.

A par was enough for Horschel to win the seventh and move into the lead for the first time and another par on the ninth doubled his lead after Scheffler three-putted from 95 feet.

Horschel looked certain to extend his lead when Scheffler pulled his approach to the par-five 12th into the water, only to contrive to take six after hitting his third shot into a greenside bunker.

But Scheffler then squandered a golden opportunity to halve his deficit by missing from four feet for birdie to win the 14th. 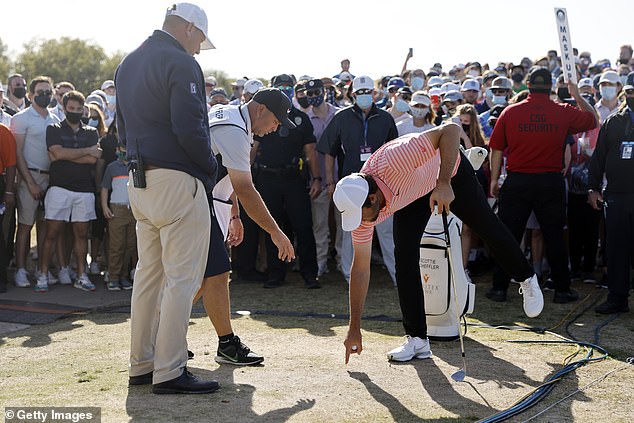 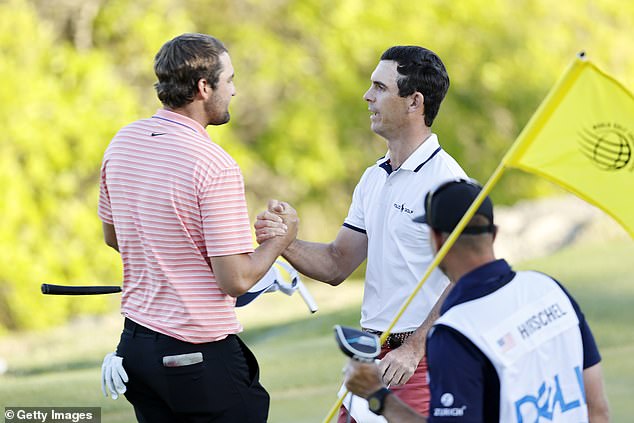 Scheffler also had the chance to keep the match alive on the 17th but missed from 10 feet for birdie and Horschel could celebrate winning a first World Golf Championships title.

‘It was one of those days where I didn’t play very good, I didn’t feel very good with my swing so I just grinded it out,’ Horschel said.

‘I wish I would have hit it better so I would have had closer chances to make birdies but I had two opponents that just didn’t make any putts and I did and that’s the difference today.’

In the third/fourth place play-off Kuchar held off a fightback from Perez to win 2&1.