Norman opened our eyes to Saudi plans. Now all sports need to make a stand

I know it. You know it. Greg Norman’s support of the blood-soaked Saudi regime – as he continues to push their new golf tournament – is a disgrace.

Jack Nicklaus all but said it. When approached by the Saudis himself to front their tournament and do the role Norman is doing now, Nicklaus didn’t quite run screaming from the room and burn the clothes he was wearing at the time, but he certainly rejected it strongly. 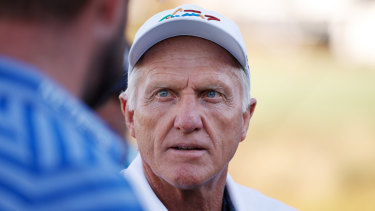 Is putting petrol in your car the moral equivalent of Greg Norman taking tens of millions of dollars to be in business with the Saudis? Hardly.Credit:Getty

And yet, as one who has penned the Norman-disgrace angle several times in this space, I can report that while 90 per cent of the mob are in full support, there remain two basic thrusts that come back in his rough defence. Let’s look at it.

Yeah, he might be, but whaddabout YOU? How dare you criticise Norman when over the years you have put so much Saudi Arabian petrol in your car, and use Twitter, which the Saudis own a fair chunk of. You hypocrite!

I am not making that up. Some of the mob actually put that out there. No, of course they don’t genuinely believe it. It’s not as if anyone sensible maintains that people have a clue, or care, where the petrol in their tank comes from, any more than they do about who owns Twitter. (So long as it’s not Elon Musk, letting Trump back on, but that’s another story.) And yet, grasping at straws, they still unleash the charge that an individual putting out a tweet, or putting petrol in their tank is the moral equivalent of Greg Norman taking tens of millions of dollars to be in business with someone directly responsible for the grisly murder of a journalist, all while seeking to exculpate Saudi guilt, maintaining: “Look, we all make mistakes.”

There are many debating points I am prepared to argue. But given this one is simply too stupid for words, with a stupidity that speaks for itself, let’s move on. For the second thrust is much more interesting. 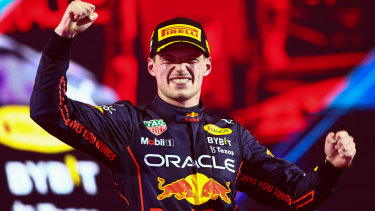 But what about other sports taking the Saudi’s filthy lucre? What about Formula One with their annual race there? What about things like Saudi Arabia owning Newcastle United, and even having the famous club wearing Saudi Arabian colours as their away strip?

To this, I say … good point. For though it has escaped wide public attention, the effort by Saudi Arabia to use their billions to transform their image through sportswashing really is widespread. It includes trying to become a global hub for sports events, signing a 10-year, $650 million deal to host an annual F1 race and established a long-term partnership with WWE, as well as hosting a lot of boxing world title bouts.

Sport and sports fans have a case to answer on this. We are living at a time when the awareness of the power of sport and the responsibility of sport, to make the world a better place, is higher than ever. The fact that Wimbledon has banned Russian players until such times as they condemn their country’s invasion of Ukraine, or Russia ceases its hostility, is certainly tough on the likes of Daniil Medvedev, but that is as nothing to how tough the people of Ukraine are doing it. 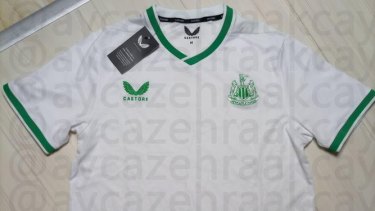 To end the horror, all of us who can must make our weight felt where we can, and sport expressing its horror at the Russian invasion is heartening.

Can’t sport do the same with Newcastle United? You’re what? You’re owned by that shocking regime and want to wear their kit, their colours? Well, no. You can’t come. You are not welcome.

Formula One, seriously? You are weighed down with so many riches, do you actually need the filthy lucre of Saudi Arabia, too? I wouldn’t watch a Formula One race if they were racing around my block, but is there some manner whereby Formula One fans can make their ire felt, when it specifically comes to the Saudi Arabian race, please advise?

Ditto, the other sporting events being held in Saudi Arabia. Sanction. Abandon. Pull out. Make sponsors aware of what it does to their brand to be associated with one of the filthiest regimes in the world today. This is not just me, ranting.

Felix Jakens, Amnesty International UK’s head of campaigns, was quoted this week noting that Newcastle changing their kit to match Saudi’s national colours “exposes the power of the Saudi dollar and the kingdom’s determination to sportswash its brutal, blood-soaked human rights record”.

Precisely. They are indeed determined. But we are numerous, and more powerful. If Greg Norman’s disgraceful efforts are going to have an upside, it has to be to heighten consciousness of what the Saudis are up to.