Sri Lankan international cricketer Danushka Gunathilaka will consider urgently applying for bail in the NSW Supreme Court, his lawyer has said after he was refused bail over the alleged sexual assault of a Sydney woman he met on a dating app.

Gunathilaka, 31, was suspended by Sri Lanka Cricket from all forms of cricket after he was arrested on Sunday while packing his bags at the team hotel on Sussex Street for a 3.30am team departure back to Sri Lanka, following the side’s Twenty20 World Cup match loss to England at the SCG on Saturday night. 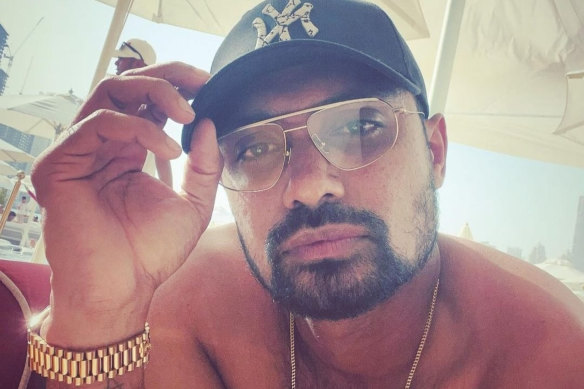 Danushka Gunathilaka will consider urgently applying for bail in the NSW Supreme Court, his lawyer has said.Credit:Facebook

Police allege Gunathilaka sexually assaulted a 29-year-old woman on November 2 after meeting on a dating app on October 29.

Gunathilaka has been charged with four counts of sexual intercourse without consent and was refused police bail. The Sri Lanka squad flew home without him.

Gunathilaka travelled to Australia with Sri Lanka’s T20 World Cup team but only played in the team’s first game, a loss against Namibia, before being ruled out of the competition with a hamstring tear. He has played nearly 100 one-day and T20 internationals for Sri Lanka as well as a handful of Tests. 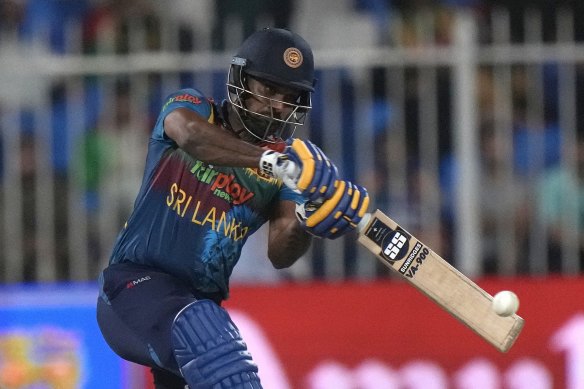 Gunathilaka has been arrested over an alleged sexual assault in Sydney.Credit:AP

Gunathilaka appeared via video link in Downing Centre Local Court on Monday from Surry Hills cells handcuffed and wearing a grey T-shirt, blue jeans and thongs, as his lawyer Ananda Amaranath made a bail application.

“Certainly, we are considering an application to the Supreme Court … and that will be done as soon as possible,” Amaranth said outside court on Monday. “He’ll be disappointed, clearly.” 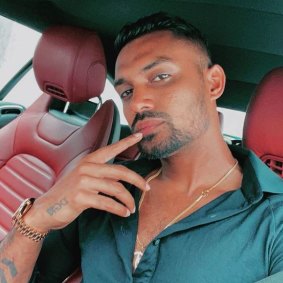 Gunathilaka appeared in court via video link on Monday.Credit:Instagram

Amaranath confirmed Gunathilaka has no family in Australia but said he had “a lot of support”, including from the Sri Lanka High Commission in Canberra and the Sri Lankan Cricket board.

He said he understood some team officials remained in the country. Sri Lanka Cricket secretary Mohan de Silva, who is in Australia for International Cricket Council meetings, has been contacted for comment.

“Sri Lanka Cricket will take necessary steps to promptly carry out an inquiry into the alleged offence,” the country’s board said in a statement.

“Sri Lanka Cricket will have zero tolerance for any such conduct of the players and will provide all required support to law enforcement authorities of Australia over the incident. Every accused person is presumed to be innocent until proven guilty and therefore will take every step possible to assist (Gunathilaka) in his legal battle.”

It’s not the first time Sri Lanka Cricket has had to address Gunathilaka’s behaviour. He first got into trouble in October 2017 having missed training one day and turning up to the dressing room the next day without his kit bag. He was suspended for six games, but his sentence was subsequently reduced.

Sri Lanka Cricket later suspended Gunathilaka for six matches for breaching curfew while he was still serving a suspended sentence for the previous indiscretion. 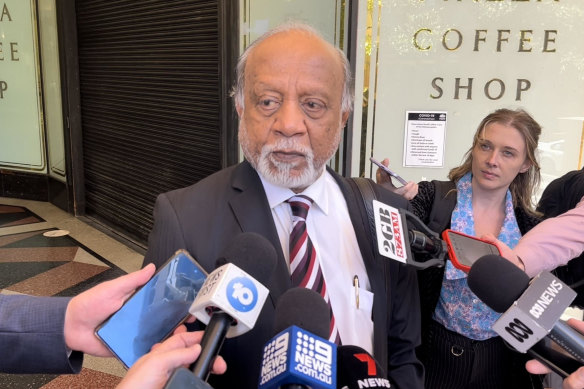 Despite this, the suspension ensured he was still available for tours of Australia and New Zealand.

Last year he was one of three players sent home from England for breaching bio-secure bubble protocols.

The case is expected to return to court in January.

Our Breaking News Alert will notify you of significant breaking news when it happens. Get it here.