Endeavour Hills Cricket Club has cancelled the second of two star-studded suburban matches after a man was charged with stealing almost $250,000 meant for 10 high-profile international players.

The first of the matches, held in Dandenong last Sunday, was dominated by West Indies great Chris Gayle, known as the “Universe Boss”, with the second scheduled to be played this weekend.

“We are sorry to report to all that Endeavour Hills Cricket Club has just been informed by Global Talent Entertainment that the second day of the Twilight T20 Carnival will not be going ahead,” the club said in a statement. 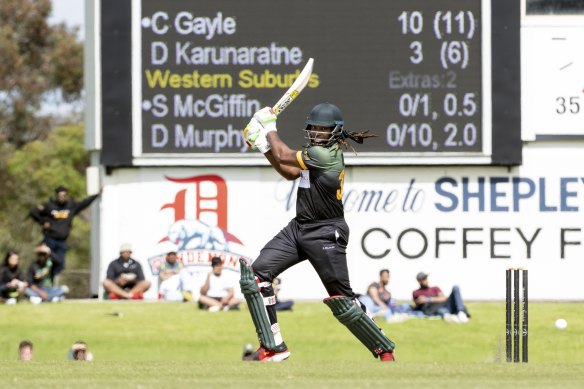 “Moshtix will be refunding those who have purchased tickets to the 2nd day. Please direct all Twilight T20 inquiries to Global Talent Entertainment.”

According to court documents, police allege that Desilva falsified tax invoices and purchase orders for his Mulgrave employer Omni Vision that were purportedly from a legitimate supplier called CCTV Masters.

On Tuesday, Desilva was yet to indicate if he plans to contest the charges. 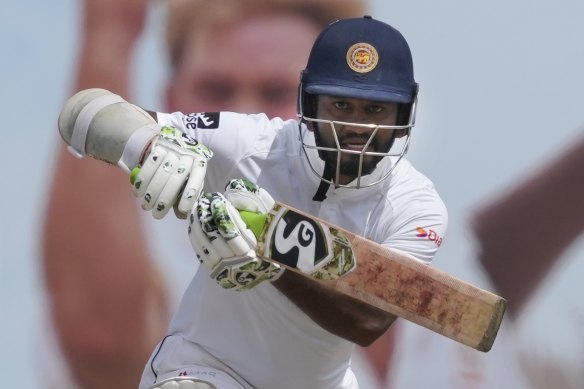 Sri Lanka’s Dimuth Karunaratne plays a shot. He was one of the international players in town for the match.Credit:AP

Asked on Sunday whether the police investigation had impacted the event, Dilshan said: “I’m the captain, I don’t know what’s happened on the management side, I just focus on cricket only.”

The cricketers are not alleged to be involved in the criminal investigation.

Englishman Dawid Malan confirmed last week that he had pulled out of the event.

Police said in a statement last Friday that the money “was allegedly put into the man’s own business, which sourced and paid for 10 high-profile international cricket players to participate in local district cricket competitions in Melbourne’s south-east”. 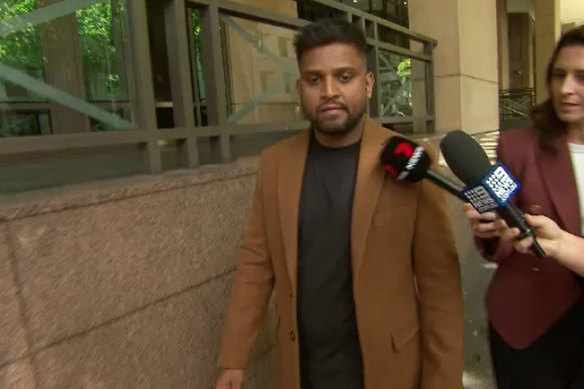 Tickets were priced up to $120 with general admission tickets told for $25. About 1000 people attended the first match.

Endeavour Hills Cricket Club said in a statement last Friday it was not involved in any of the charges.

“Despite the recent media speculation, EHCC is not involved in any charges laid recently. Any allegations are past matters between an employer & employee. There is (sic) no further comments about this matter. It’s business as usual at EHCC,” the statement said.

Endeavour Hills Cricket Club has been contacted by The Age for further comment.