LAWRENCE BOOTH: Joe Root was handed a pitch with a bit of life and the cracks in the batting line-up opened up… forget the spin, England are still going backwards

Joe Root was one of the few to survive the Ashes fiasco. He was given the attack he wanted in the Caribbean, which meant no Jimmy Anderson and no Stuart Broad. He settled on a catchphrase — the red-ball reset — which conveyed a brave new world and cried out: give me time!

And for this Test in Grenada, after the tedious feather-beds of Antigua and Barbados, he has been handed a pitch with a bit of life.

Yet the more things change, the more they stay the same. And if England lose this Test, they will create the kind of history with which no captain would wish to be associated. 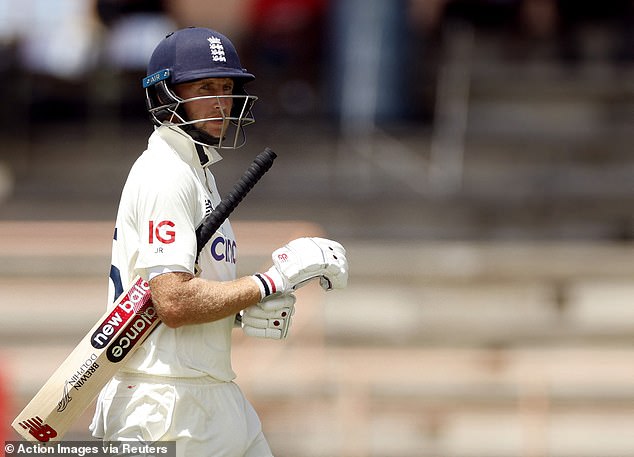 This would be the first time in their 145 years as a Test team that they have gone five series — excluding one-off games — without winning any. With the best will in the world, and no matter the spin applied by well-meaning and loyal members of the dressing room, it is hard to see how Root could justify staying on in the job.

England may feel there is no one left to sack. After the 4-0 defeat in Australia — but for rain in Sydney, it would probably have been a whitewash — the ECB got rid of managing director Ashley Giles, head coach Chris Silverwood and Graham Thorpe, one of his assistants. They also dropped eight players for the tour of the Caribbean. There was no goat left to scape, no moan left unturned.

Victory in this series, of course, would justify the means. It may yet happen, after Jack Leach and Saqib Mahmood added 90 for the last wicket.

But can anyone who watched England follow scores of 349 for six in Antigua and 507 for nine in Barbados have been remotely surprised to see their batsmen fold in a heap at the first sight of testing conditions in Grenada? 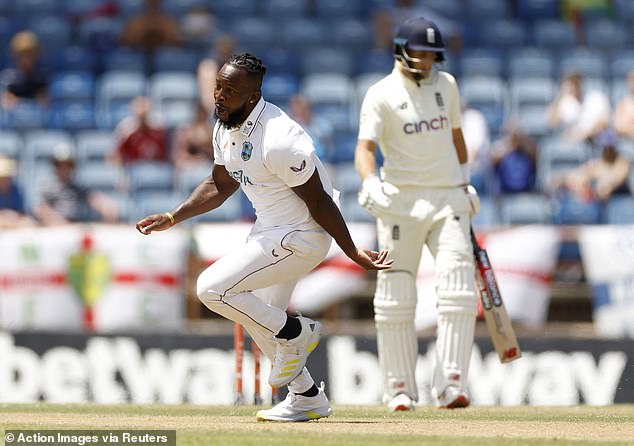 And that is the problem Root faces. On flat tracks, against middling attacks, the cracks in his batting line-up can just about be papered over. The moment the ball deviates from the straight and narrow? Not so much.

England routinely talk a good game, on the flimsiest of evidence, then fail to match words with deeds. At some point, this kind of self-delusion — expressed on an almost daily basis during the tour of Australia — has to rebound on the captain.

It was argued often enough during the Ashes that Ben Stokes has too much on his plate to take over. But there comes a moment when concerns over Stokes’s workload become secondary to the fact that, under Root, England have gone backwards.

For one thing, Stokes has opted out of the IPL, which begins in Mumbai tomorrow, so in the short term at least his focus is on red-ball cricket. For another, there is no one else in the current set-up who vaguely resembles captaincy material, and no dark horse lurking in county cricket either. 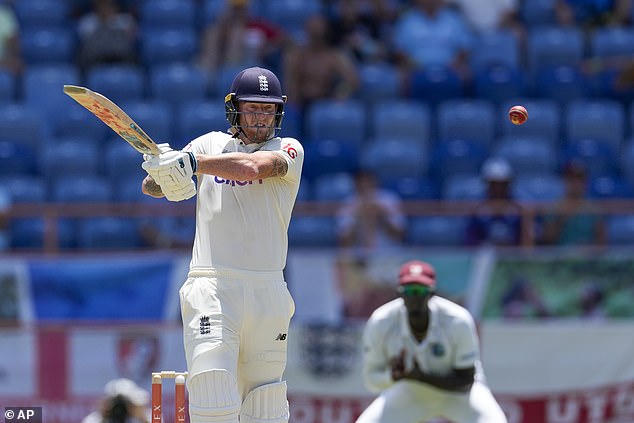 England lost 3-0 with the dismissals of Ben Stokes (above), Alex Lees and Jonny Bairstow

The lack of leaders in the English game is another story for another time, but it has contributed to the dilemma currently facing the Test team.

Deep down, England must know the decision-making process under Root has been increasingly shambolic. It was one thing to omit Broad and Anderson while they were still close to the top of their games. It was quite another to imagine that Chris Woakes could be the attack leader in overseas conditions, or that Ollie Robinson could magically overcome his lack of fitness.

Meanwhile, the continued refusal to select Lancashire leg-spinner Matt Parkinson reflects the conservative thinking that has blighted English cricket for years, and held back the Test team during the Silverwood era. If the whispers are to be believed — that England think Parkinson’s bowling is too slow to prosper at international level — then why take him on tour at all?

If Root were a tactical genius continually let down by his team-mates, then it would be a different matter. But the management have waited in vain for his acumen to improve. 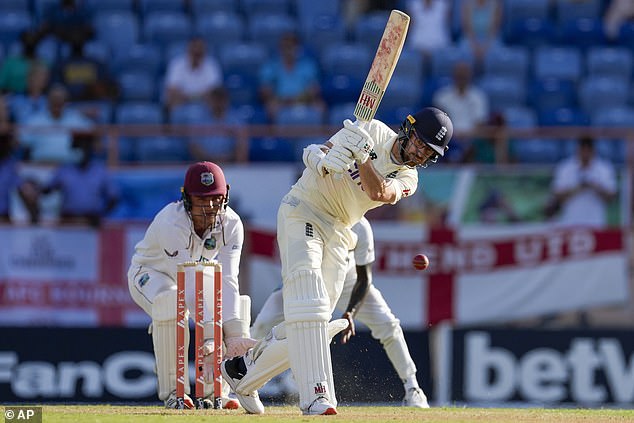 Even his fifth year in charge, in 2021, he threw away a win against India at Lord’s while his bowlers tried to take revenge on tailender Jasprit Bumrah because of a hostile spell he had bowled at Anderson. Then, faced with a greentop at Brisbane, he left out Broad and Anderson, and chose to bat. It was downhill from the first ball.

In an ideal world, a leader emerges from nowhere, allowing Root to carry on being one of the best batsmen in Test cricket and excusing Stokes the need to add captaincy to his roster of duties.

In reality, England’s interim managing director Andrew Strauss may soon be faced with a ticklish decision, and asking himself a faintly ridiculous question: is it possible to reset a reset?