Indian captain Virat Kohli has been left stunned by a “magic” delivery from England spinner Moeen Ali during day one of the second Test in Chennai.

Playing in his first Test match since the 2019 Ashes series, Ali removed the dangerous Kohli for a duck to leave the hosts reeling at 3/86 in the morning session.

India won the toss and chose to bat first at MA Chidambaram Stadium, and immediately found themselves on the backfoot when England paceman Olly Stone dismissed opening batsman Shubman Gill for a duck.

No. 3 batsman Cheteshwar Pujara was removed by England tweaker Jack Leach soon after, which subsequently brought Kohli to the crease.

In the 22nd over, Ali tempted the Indian skipper with a full delivery wide outside the off stump.

Kohli inevitably looked to slap it through the covers, only for the ball to nip back sharply through the gate and crash into middle stump.

As England’s players celebrated the critical breakthrough, Kohli looked back down the pitch in disbelief, refusing to make his way back to the pavilion.

“They are silent because their champion player has been knocked over through the gate.

“He’s perhaps wondering if it ricocheted off the keeper, but it’s just clean bowled him.

“He’s doing the W.G Grace standing there after being clean bowled (but) has to go.

“Moeen has a prize scalp. It was a magic ball and a poor shot from a great player.”

Standing your ground after getting bowled. Not even grade cricketers do that 😂#INDvENG

God give me the confidence of Virat Kohli, on the verge of reviewing having been clean bowled. #INDvENG

Oh my word. What a ball from Mo. No wonder Kohli looks bamboozled. #INDvENG

Not until replays were shown on the venue’s big screen did the 32-year-old leave the field — it was first time a spin bowler had dismissed Kohli for a duck in Test cricket.

Kohli has now gone 33 international innings without a century.

India was 3/106 at lunch, with powerhouse opener Rohit Sharma 80 not out. 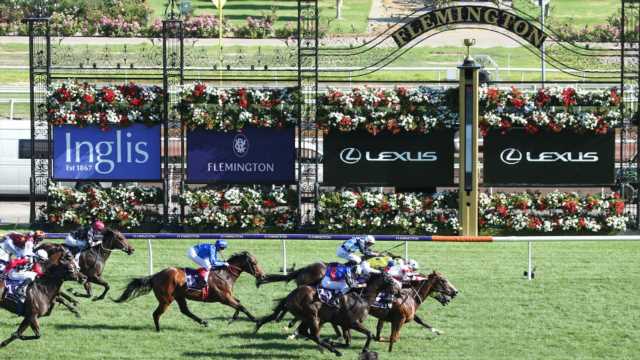