‘It could easily have been us’: Moeen Ali tells Australia not to panic

England’s Moeen Ali has cautioned Australia against reflexively overturning their white-ball structure due to their early World Cup elimination, pointing out that split teams across formats only works if the right people are involved.

At the same time, Moeen reckoned that the disappointment of the Australians’ failure to defend the Cup on home soil should not be blown out of proportion, as it could just as easily have been England packing their bags early from a tough Super 12 group.

Moeen recalled that England first tried to split their teams between a Test coach in Andy Flower and a limited-overs mentor in Ashley Giles between 2012 and 2014, only to find the arrangement mired in debates over player availability across formats. 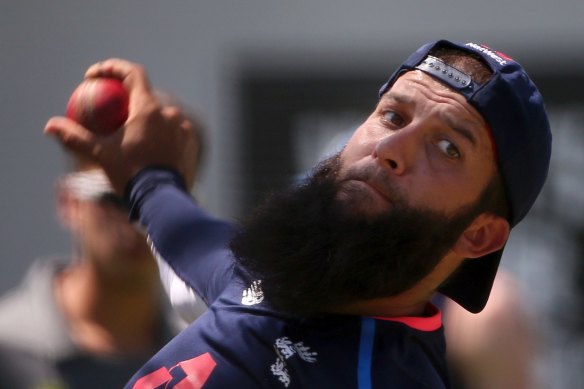 What worked best, Moeen argued, was a culture where coaches and players were not looking over their shoulders to keep their jobs or places in the team, something that has more recently eventuated after Rob Key, as director of cricket, hired Brendon McCullum and Matthew Mott with specific commissions but a sound relational base.

“But when you have two coaches that are not afraid of that, losing their jobs – Matthew Mott I feel is a top person, he’s not thinking about his job, he just wants to get the best out of us. And I think the pool is quite big in England now with white-ball players.

“Then you’ve got Baz McCullum, who also doesn’t fear losing his job. And I think that’s such a big quality to have as a coach. It becomes more personal, personable and player-specific. We have two very good coaches, and Rob Key as director of cricket who appointed these guys. So that really helps.”

While England’s focused white and red-ball programs are definitely beneficial for the likes of Moeen and other seasoned white-ball players such as captain Jos Buttler, Liam Livingstone and Adil Rashid, it can be trickier for an aspirational all-format player.

“The only problem is, someone like Harry Brook, for example, is in the white-ball side and going to be in the Test side potentially,” Moeen said.

As for the questions Australia are facing after their absence from the final four, Moeen noted that England knew how fortunate they had been to string together the right results after losing to Ireland and then having the Australia game washed out.

“I’m sure this World Cup has been disappointing for them, but it could easily have been so different,” he said of the Australian side. “They lost one game to New Zealand, then had the washed-out game, and all of sudden they were close to being out.

“Their batters not really facing many deliveries, I know Wadey, Tim David… it’s hard to face many balls. We feel the same, and luckily we’ve sneaked through – Livingstone, myself, a few of the guys, we basically haven’t played any cricket, so it’s been a frustrating campaign so far. It could easily have been us out. So I wouldn’t look too much into it.

“When you’re under pressure like that, you make poor decisions at times. And that’s probably cost Australia a little bit, but it could easily have been us instead of them.”