England secured their place in the semi-finals with an inconsistent 100-run win over Bangladesh in their final group game of the ICC Women’s Cricket World Cup 2022.

Sophia Dunkley rescued England with a maiden World Cup fifty as the holders recovered from 96 for four to set Bangladesh 235 to win.

Chasing what would have been their highest score in ODIs, the Tigresses never got going as Sophie Ecclestone restricted their scoring and ensured England’s passage to the semi-finals after winning their final four league games.

England currently occupy third place in the table and will face South Africa in the last four.

England’s opening woes continued as Danni Wyatt departed for six, having chosen to bat, with captain Heather Knight caught behind for the same score. 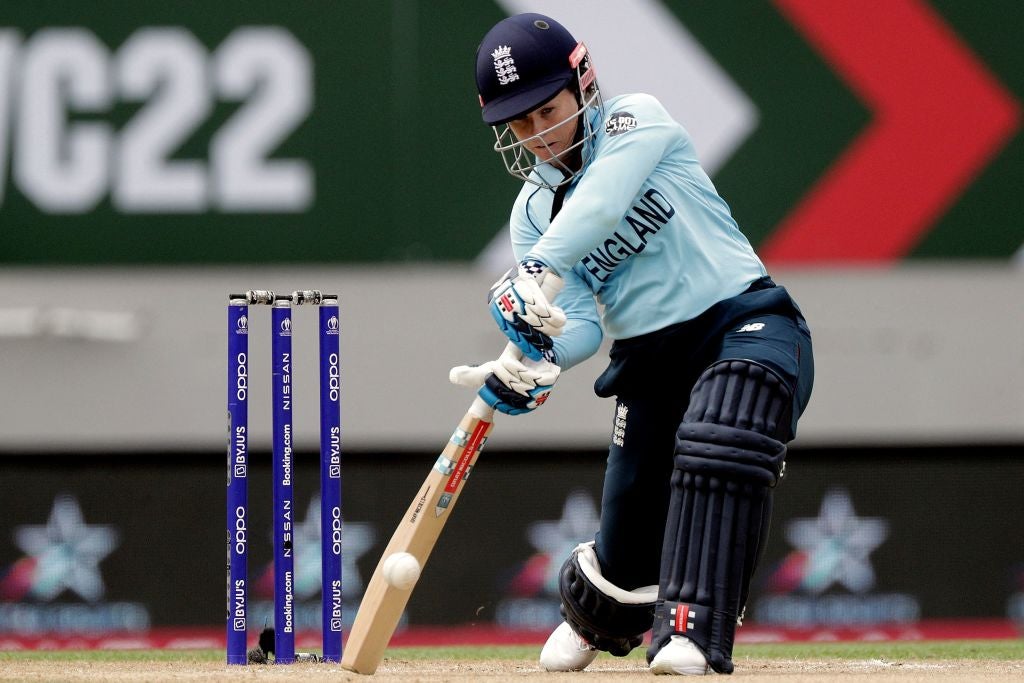 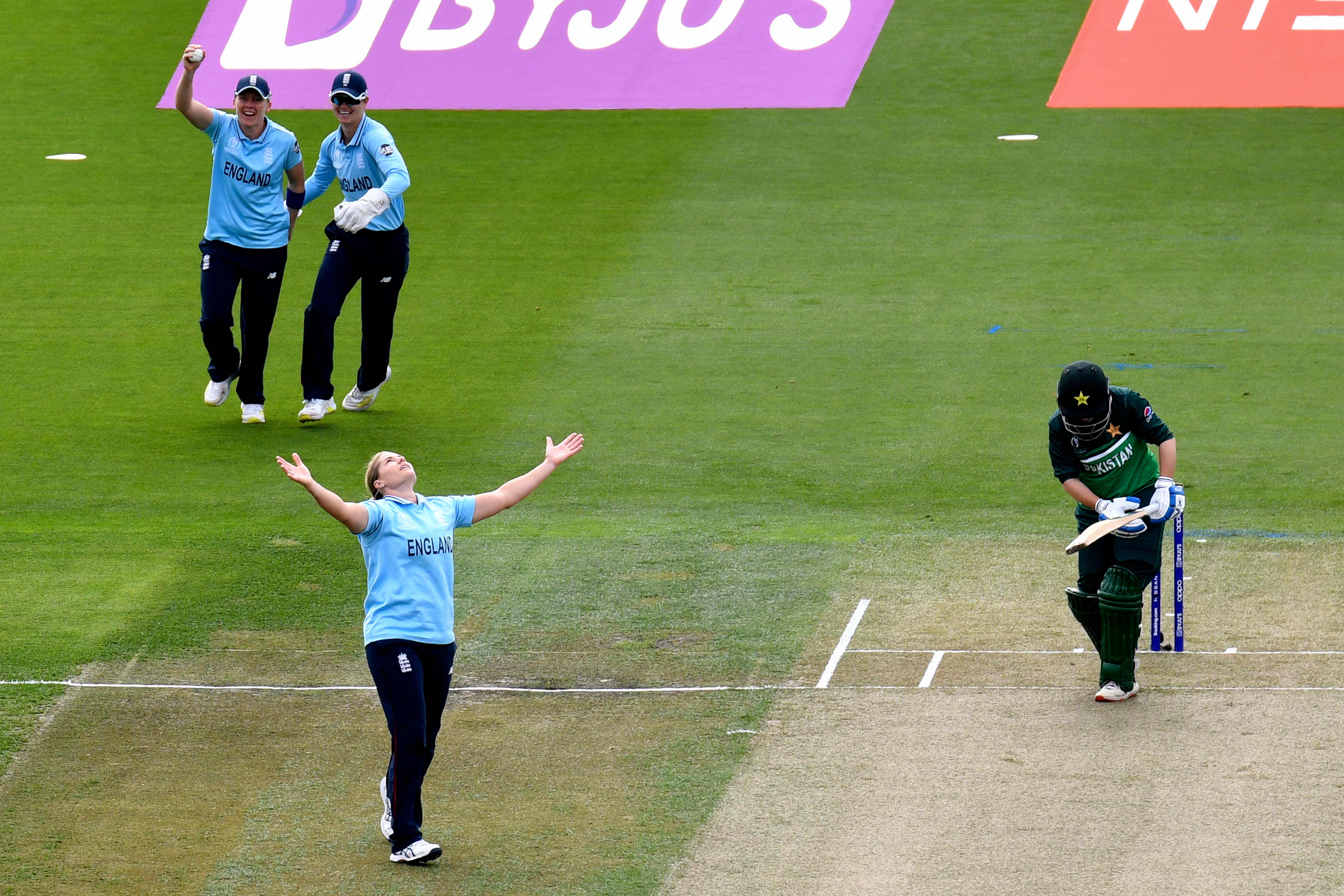 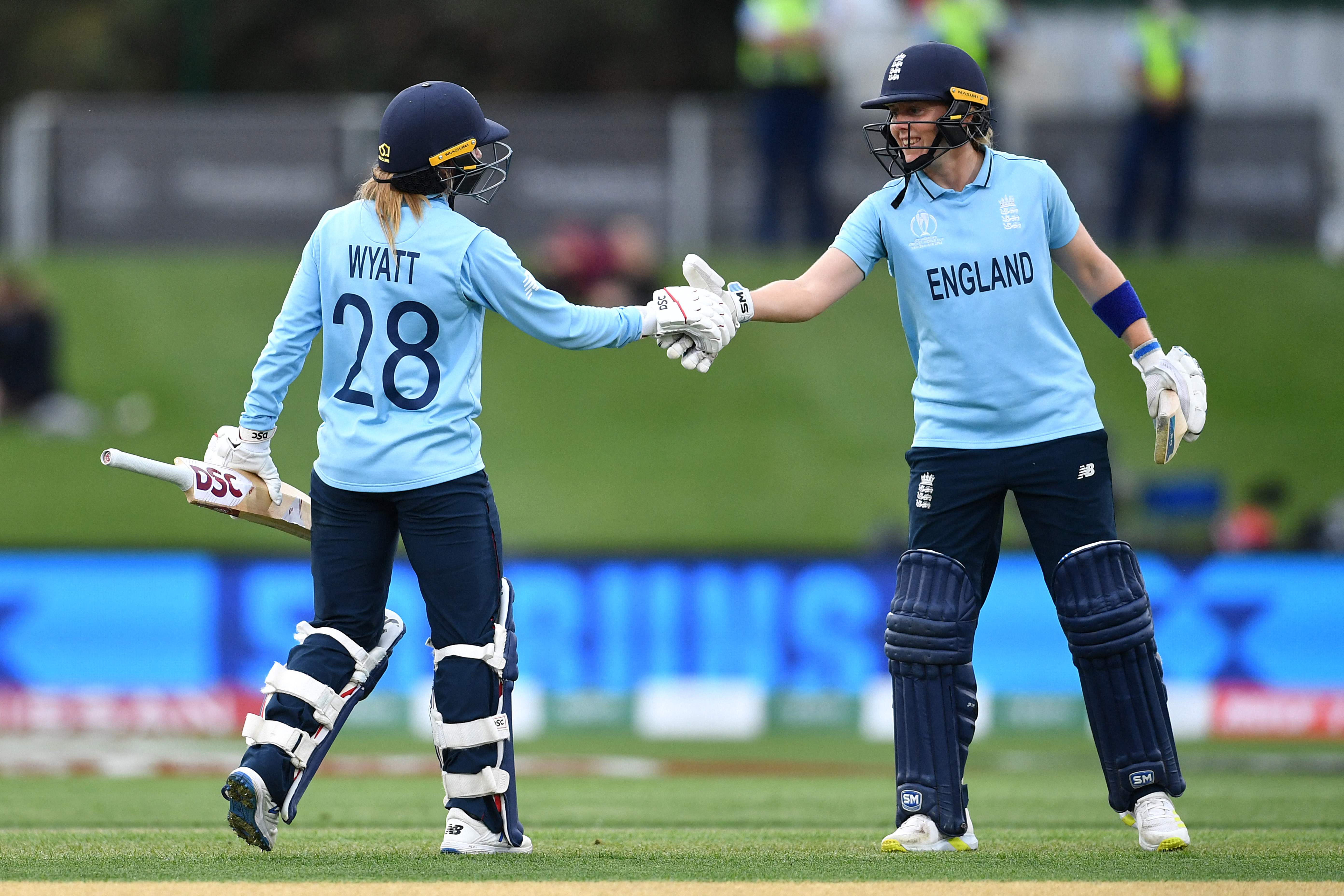 Nat Sciver and Tammy Beaumont then put on a 60-run partnership before falling in quick succession, Fahima Khatun involved both times, taking the catch to dismiss Beaumont before trapping Sciver LBW for 40.

Dunkley would join Amy Jones in the middle as the pair added 78 runs to the total, Dunkley’s innings ending after another promising partnership with Katherine Brunt, her 67 coming from 72 balls.

Brunt and Ecclestone added 24 runs from the final 16 balls of the innings as England ended on 234 for six as Bangladesh became the only team in the ICC Women’s Cricket World Cup to not concede more than 250 runs in any innings.

Their issue was they had failed to make 250 in any of their own innings and would now be chasing their highest total ever in ODIs.

Bangladesh emerged from the powerplay unscathed but having made only 23 runs, by the time their 100 runs came up they had already used up 36.4 overs.

England would be indebted to their spin twins Ecclestone and Charlie Dean, the former conceding just 15 runs as she bowled four maidens in her 10 overs.

Dean was more wayward but responded nicely to mop up Bangladesh’s tail, dismissing top-scorer Lata Mondol for 30 from 45 balls to leave the Tigresses on 126 for seven.

The final three wickets would fall for seven runs as Freya Davies earned two wickets on her maiden appearance at a World Cup. 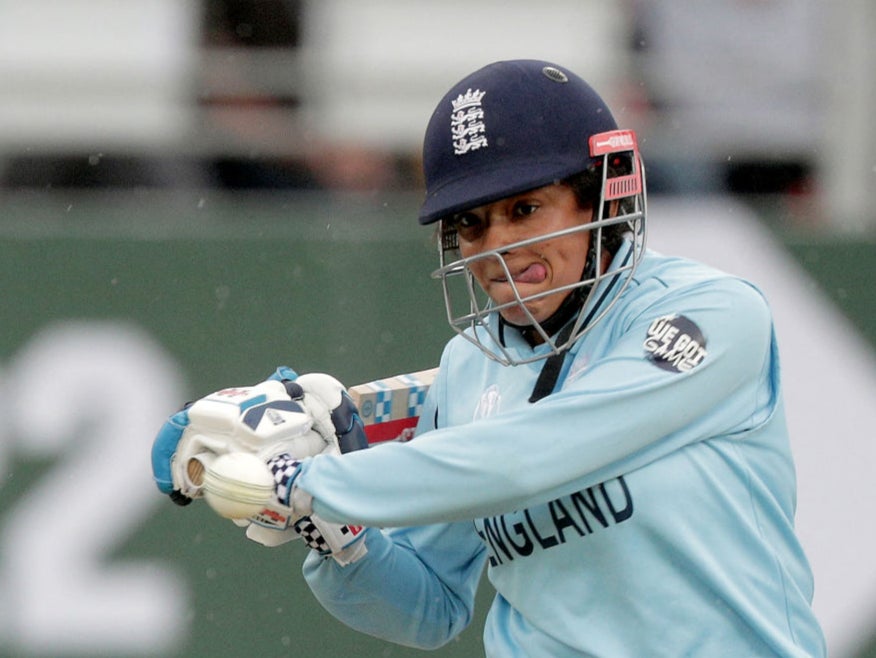 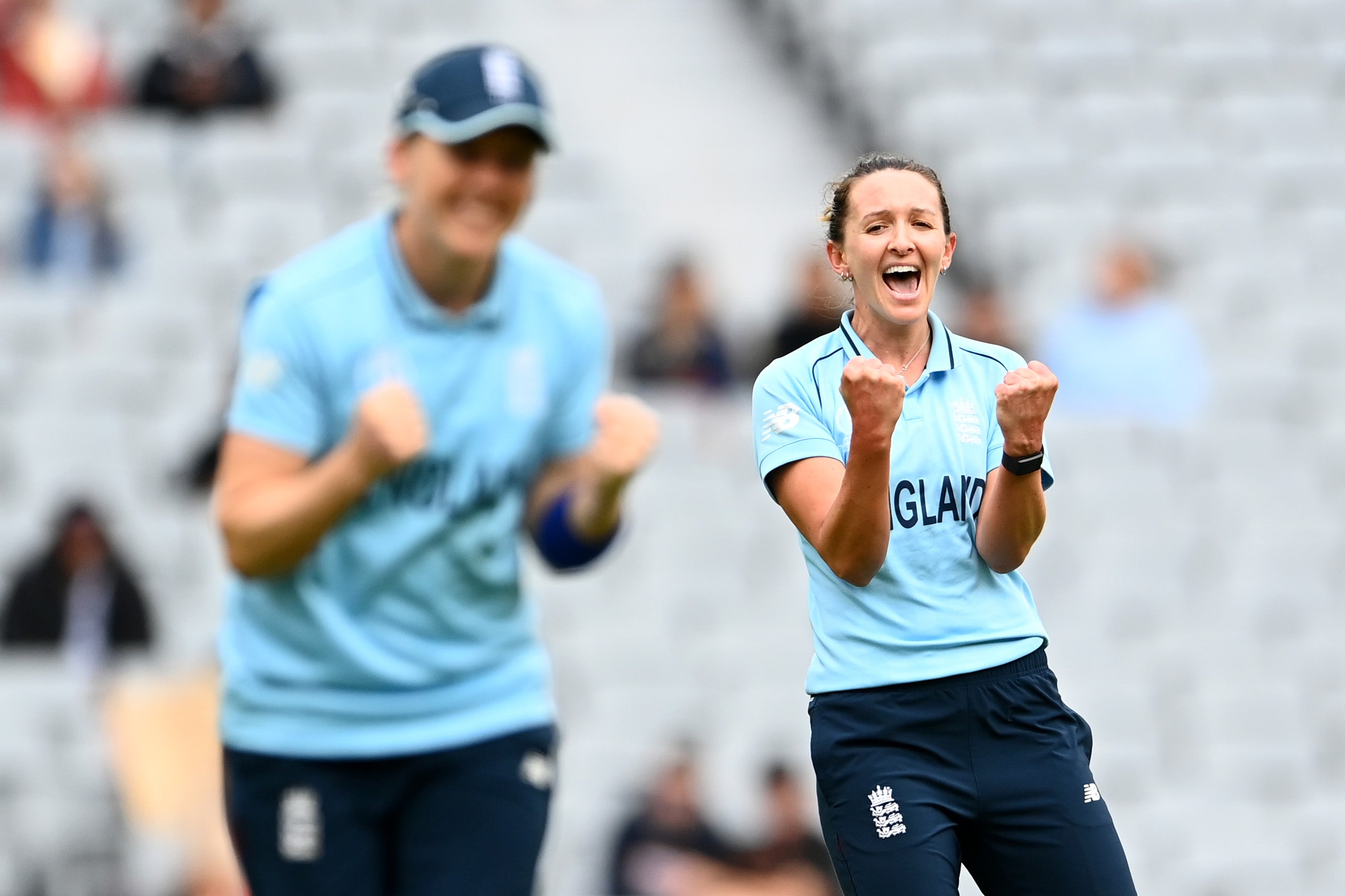 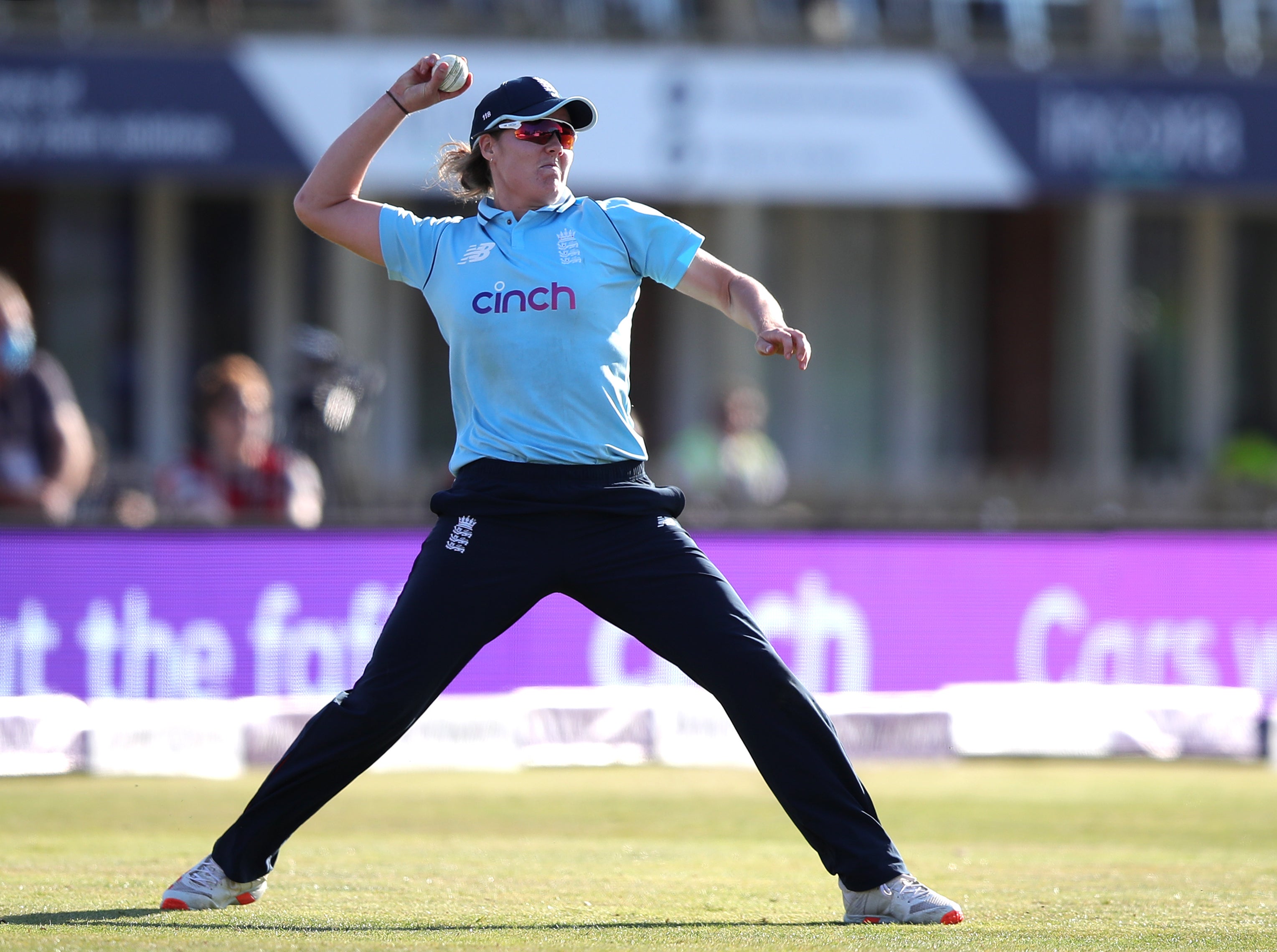