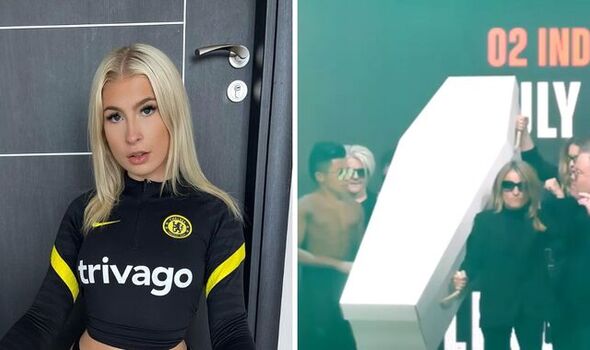 TikToker and OnlyFans model Astrid Wett has pulled out of her boxing match with Elle Brooke over concerns for her safety. The pair were scheduled to face each other in the co-main event of the Simple Simon vs Ed Matthews card at the Indigo, O2 Arena, London on July 16, but the fight will no longer take place after Wett’s withdrawal. The main event sees a 51-year-old former footballer (Simon) take on a 19-year-old TikToker (Matthews).

Wett went on to say that she felt unsafe fighting for the organisation. At the press conference on Wednesday, Brooke was allowed to bring a coffin onto the stage “the day after somebody tragically lost their life in the boxing ring” (Simiso Buthelezi) which Wett took exception to.

She said Brooke’s repeated threats to “kill” her have made her concerned for her “actual safety during the fight”.

“In the boxing world, I’ve learned that you don’t joke about ‘I’m going to kill you and you’re going to die’ because sometimes that does happen,” said Wett.

Wett claimed that after the event she alerted the promotional company and “Elle’s team” of the situation and that nobody had apologised and that they had ‘condoned’ it. The final straw for Wett was when she claimed ‘that no one had checked on her from Kingpyn’ after the pair ‘brawled’ on the stage — with Brooke pulling Wett’s hair and kicking her in the stomach during two scuffles.

“The way that she acted during the press conference is a real concern for my safety for the actual fight, what’s to stop her from headbutting me or kicking me or going for the back of the head for example,” said Wett.

“She has already stated plenty of times that she is going to kill me.”

Wett went on to claim that she has had plenty of offers from other promotions for her to fight and that she will be fighting in the near future ‘with an opponent that respects her’. The two OnlyFans models rose to fame on TikTok and have built up massive followings on the video platform. As of right now, Wett has over 500,000 followers and Brooke has 1.8m.