Oleksandr Usyk has admitted that his first fight with Anthony Joshua in September was “really difficult” as he shut down claims that it was an easy night’s work. The Ukrainian beat Joshua at the Tottenham Hotspur Stadium in London to claim the WBA (super), WBO, and IBF heavyweight titles.

Usyk looked to be in cruise control as he outpointed Joshua over the duration of the fight to claim the unanimous decision victory. But ‘The Cat’ admits it wasn’t as comfortable as it looked.

“It was a really difficult fight for me,” Usyk told Boxing Scene. “Everybody keeps saying it was an easy walk, but, no, it wasn’t. It was a hard fight for him and for me. After the fight, I came back to the hotel, and I took some food and I fall asleep sitting [up].”

Usyk’s tricky boxing and nimble footwork kept Joshua at bay during their 12-round affair with ‘AJ’ looking to be all out of ideas. An exhausted, Joshua was in real trouble at the end of the contest as Usyk landed at free will while the Brit sunk into the ropes – utterly dejected. 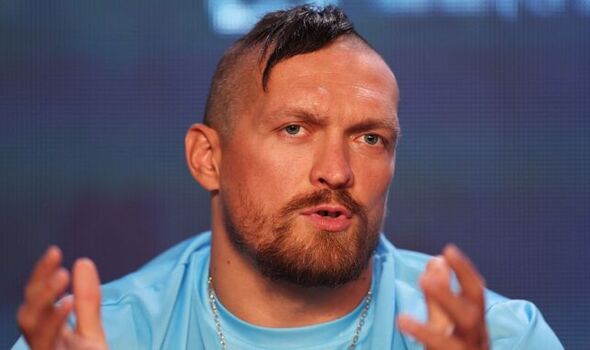 But now, the Watford powerhouse will get a second bite of the cherry as he prepares to face Usyk in their long-awaited rematch next month. The pair square off again on August 20 at the King Abdullah Sport City Stadium in Jeddah, Saudi Arabia in front of 62,345 fans.

The fight was originally supposed to be broadcasted on DAZN – who have a broadcast deal with Joshua – but after details emerged that the Saudi hosts have control over the broadcast rights it was announced that Sky Sports had won an auction to show the fight with a £23million bid. 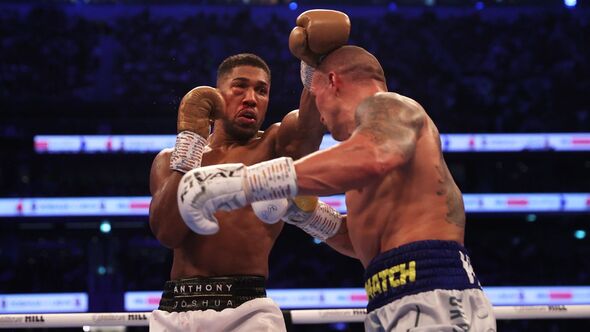 For a time, it seemed as though a second bout would never happen after Russia invaded Ukraine in February. Keen to defend his country, Usyk returned home to enlist in the military as all hope seemed to be lost.

After several weeks, however, Usyk was offered the chance to leave Ukraine to fulfil his contractual obligations, which he accepted after much persuasion from his friends and family – although his wife refused to leave with him.

He continued: “All I did was just pray. I did not want to leave Ukraine, but I visited my friends in the military and I visited them in the hospital. All of them were asking me to participate in this fight, to take the rematch and to fight for the whole country of Ukraine. Even my wife, I wanted to send her and my kids out of Ukraine, but she said she would not go. [She said,] ‘I would not go and that’s it.’”