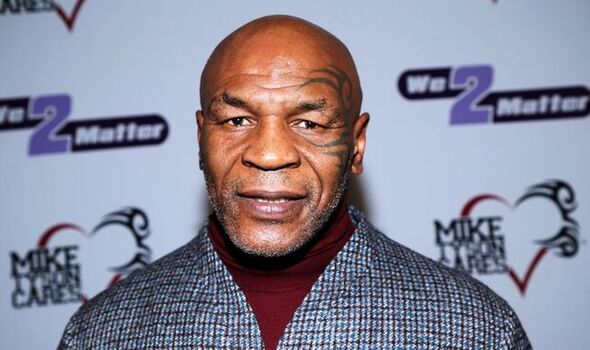 MMA fighter Bob Sapp is hoping to reignite negotiations with Mike Tyson after their proposed 2003 bout fell through. The 375-pound behemoth took to social media to issue a challenge to ‘Iron Mike’, who recently announced he would be partaking in another exhibition match after the success of Roy Jones Jr fight.

In one of the most bizarre videos you’ll see, a ridiculously muscled Sapp told Tyson he would ‘rip his heart out and tear it to shreds’.

“Mike, now we all know what happened when you and I talked about the fight,” Sapp said. “I sent you a photo along with this sentence: ‘Mike if you fight me I will rip your heart out and tear it to shreds.’ And it still applies.”

“As for you, Mike. I’ve got a challenge for you,” he continued. “Since you stopped running, listen to me for a second. You and me and two of my best fighters vs two of your best fighters. Stand up, Marquess of Queensbury Rules. Because you’re too scared to fight one on one. I’ll take all of you on, punk boxers. I like little Michael. I like little Michael. That’s my challenge, you know my age. Fight me. Or my crew.”

After Sapp knocked out Kimo Leopoldo in a 2003 K-1 bout ‘The Beast’ got into a verbal confrontation with Tyson, who was watching the fight from ringside. Both men had to be separated by security after the former baddest man on the planet was invited into the ring.

As the smoke settled, Tyson challenged Sapp to a fight under the Marquess of Queensbury rules to which Sapp responded, “they may call you kid dynamite, but if you mess with me, I’ll put your fuse out.”

The fight seemed destined to happen after the entertaining back and forth but nearly 20 years later we have still not seen the cross-over bout. Sapp was a fan favourite during the PRIDE FC freakshow fight era of the early 2000s and is best known for power-bombing MMA legend Antonio Rodrigo Nogueira on his head. Much of his career was spent rag-dolling smaller fighters in MMA and kickboxing bouts, but this would all change as the money began to dry up.

Around 2009 Sapp stopped training as hard and gained a reputation for ‘throwing fights’. The later portions of his career saw him regularly bundle over at the slightest contact and tap out at the earliest opportunity.

Sapp’s colossal dip in form has seen him compile a 3-15 losing record over the last decade in MMA and kickboxing. Now at 48-years-old, there is no evidence to suggest he would not do the same if he was granted the Tyson fight.