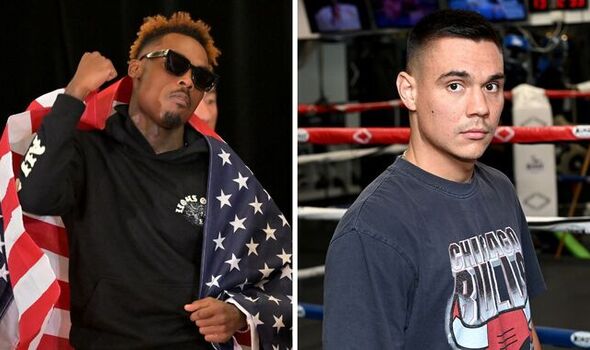 Tim Tszyu will face reigning undisputed super-welterweight champion Jermell Charlo for all four major world titles next, according to WBO president Paco Valcarcel. Tszyu, who has been the WBO’s No 1 ranked contender for more than a year now has finally been called for his mandatory challenge of the WBO belt and will therefor challenge Charlo for his WBC, IBF, and WBA ‘super’ belts as well.

The bout looks set to take place on August 28, but a time and venue must be confirmed by June 20. If an agreement is not reached by the deadline the bout will go to a purse bid.

“Please be advised that the parties have 20 days upon receipt of this letter to reach an agreement. If an accord is not reached within the time frame set forth herein, a Purse Bid will be ordered pursuant to the WBO Regulations of World Championship Contests.

“The minimum acceptable bid for the WBO Jr. Middleweight Division is $200,000 (AU$278,552). Any of the parties involved may request a purse bid procedure at any time during the negotiation process.”

Tszyu is the son of boxing legend Kostya Tszyu who held multiple light-welterweight world titles, including the undisputed and lineal championships between 2001 and 2005. Alongside his WBO No 1 ranking, The Australian is ranked No 2 with the WBC and No 3 with the IBF, but not by the WBA.

As a professional, Tszyu remains undefeated at 21-0 with notable victories over Jeff Horn and Dennis Hogan. The fight against Charlo will undoubtedly be the biggest step up in competition for ‘The Soul Taker’ having struggled to face top-level opposition to date.

Charlo has amassed a 35-1-1 professional record and is currently the No 10 pound-for-pound fighter in the world according to Ring Magazine. He became the undisputed champion after stopping Brian Castaño in their rematch in May as he added the WBO title to his collection.

A location for the summer epic will be disclosed after negotiations get underway, but Tszyu told AAP last month that he would ask his promoters to set up a showdown with Charlo in the United States. It is understood, however, that his promotional outfit No Limit Boxing is trying to convince the 28-year-old to let them stage the fight in Australia.