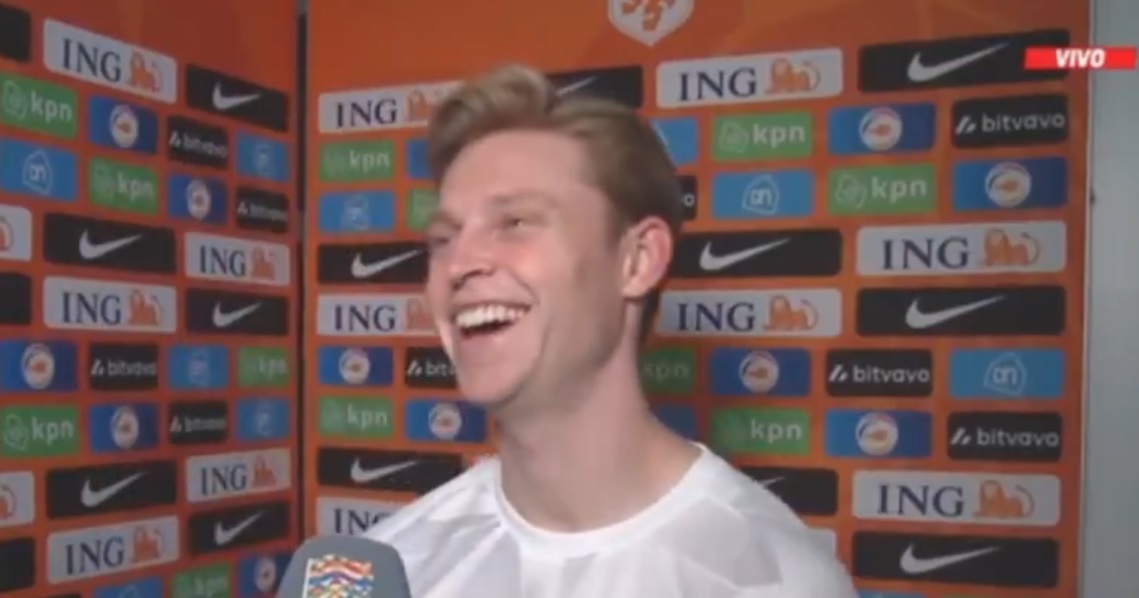 Frenkie De Jong has remained tight-lipped over his potential move to Manchester United but saw the funny side when asked if he is swapping Barcelona for a colder climate.

The Netherlands international is one of Erik Ten Hag’s priority transfer targets for the summer window and United have already seen their opening offer rejected by Barcelona.

Teg Hag must also convince De Jong to join United without the prospect of playing Champions League football next season.

De Jong was asked about his future once again after Netherlands’ 2-2 draw with Poland on Saturday.

And when asked if he is swapping the beaches in Catalunya for the cold in Manchester, De Jong laughed before replying: ‘No… I can’t say anything.’

Speaking last week, De Jong made it clear that his preference would be to remain at Barcelona.

‘I prefer to stay with Barcelona,’ De Jong told ESPN.

‘Barcelona is just my dream club. Also from a young age. I just said it too.